A Memorial Day Reflection and Celebration

It’s been an emotional week and Memorial Day reminds me that I am ever grateful for this country. Flawed, even divided, or reeling from the aftermath of a pandemic, it may be the worst from of government, as Winston Churchill said, but it’s better than all the rest. And, this I know.

Recently I discovered my mother’s letter to my father dated April 6, 1975 describing our safe arrival in California, after fleeing Saigon at the end of the Vietnam War.  She wants him to know we are fine and she asks about him, in panic that he was still in Saigon. 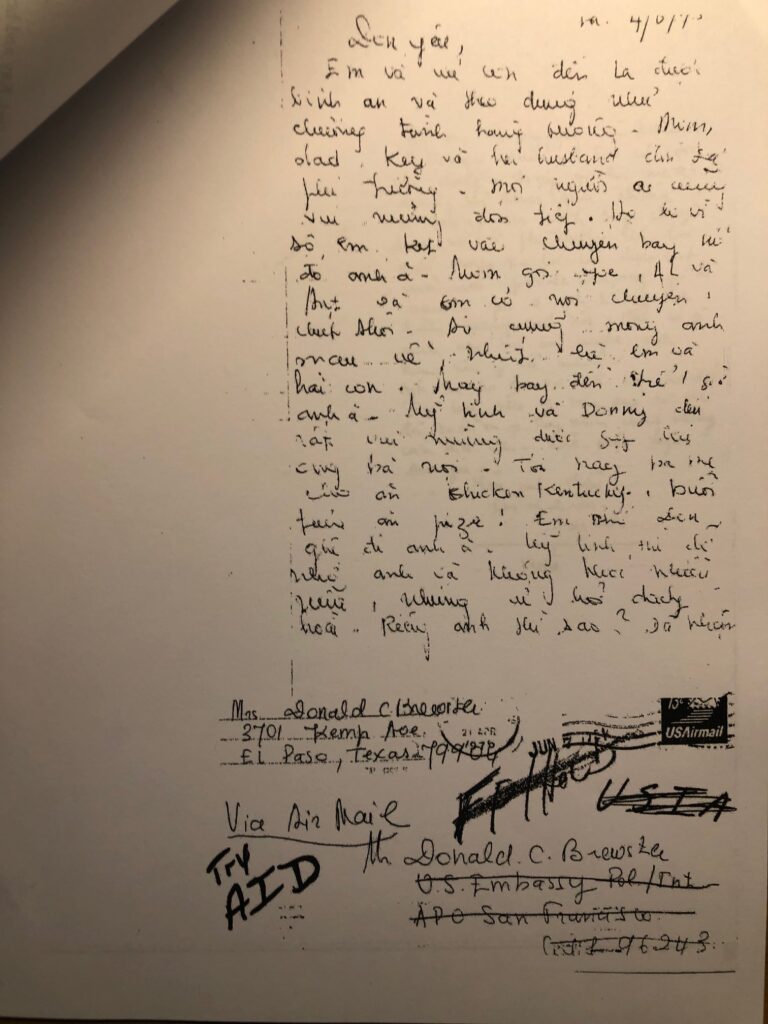 I showed my Vietnamese mother photos today of her brother who had stayed behind during the evacuation. He is wearing his uniform, kneeling next to his wife and children. He was a young officer, a combat engineer, in charge of 120 men. He did not survive the communist reeducation camps. 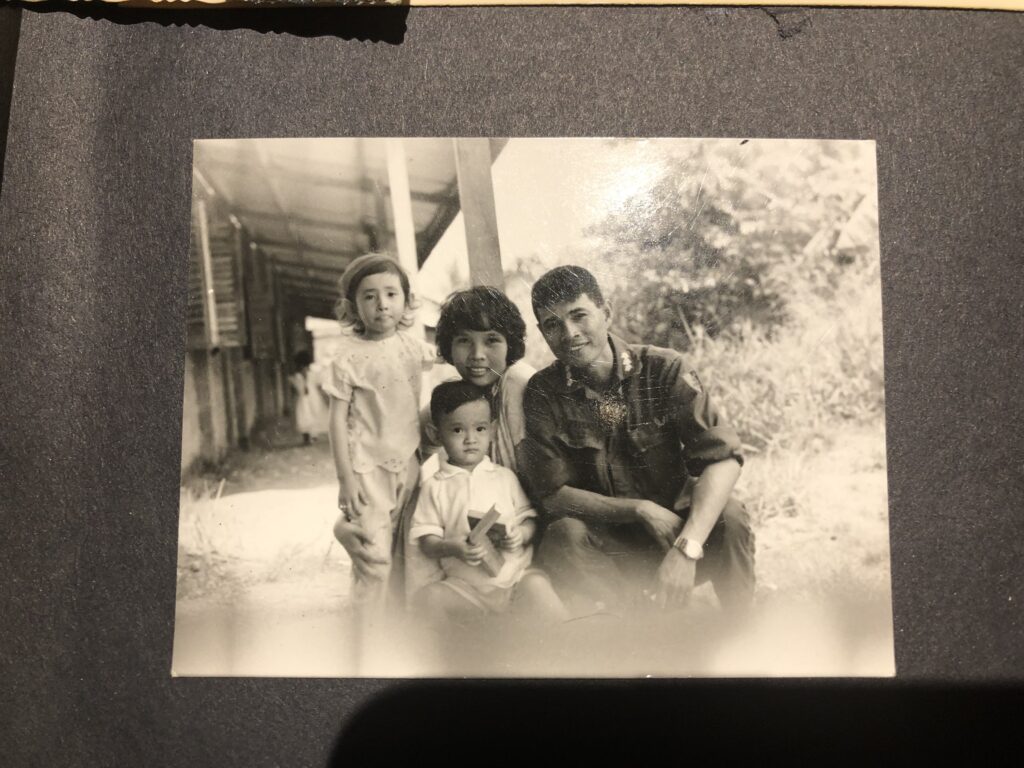 Uncle Phuc and family, my mother’s youngest brother who remained in South Vietnam after April 30, 1975

Last week, my oldest child graduated from West Point and she was commissioned a second lieutenant in the Army by her Uncle Mike, my husband’s brother, a lieutenant colonel still on active duty. Mike talked about two things at her commissioning: the family’s generational service and Cara. This legacy includes every uncle, serving on both sides of the family, traced as far back as the Gettysburg Campaign, with Philip Fischer, who fought on Little Round Top.

Family and friends came to celebrate and I wanted to share a bit about my side. Procrastinator that I am, I sat in the Treehouse thinking of what to say. Many didn’t know the details of my evacuation or how we chose Cara’s name. I peeked out the window to see the cars pulling up, and tears flooded my eyes. I had a couple gifts for the new graduate and officer, so it felt right to share her story, inspired as I had been by Mike’s words, to complete this part of her tale. Cara’s family had fled the Irish famine, persecution of the Jews and was evacuated from Vietnam.

Everyone gathered in the dining room around the cake, which had an image of her class crest and motto, Until the Battle Is Won, and her Army Cyber branch logo.

[To listen to Audio/video of the speech, visit the Podcast links above] 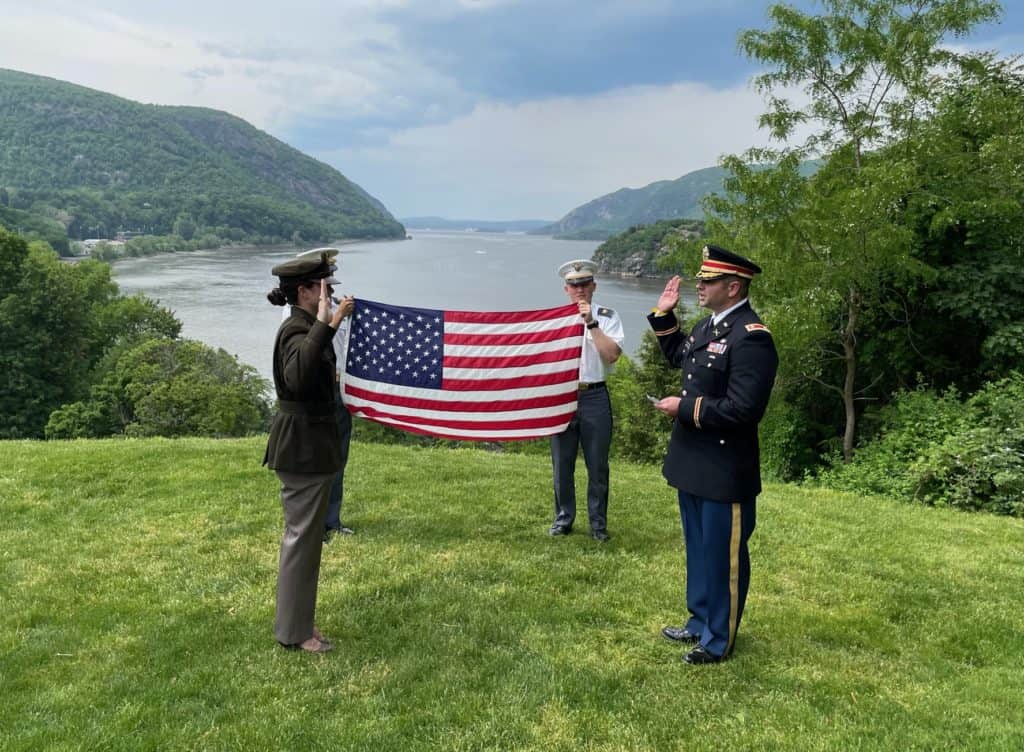 A thank you to the family who traveled far and wide to be here, to teachers, sponsors, and friends. And to those who could not make it, much love and gratitude.  To those who are no longer with us, we send up a prayer of thanks. To all those who have served and are serving, thank you.

To friends, classmates and all those who gave their lives in the name of liberty, our deepest gratitude.

And to honor his memory, to my mom’s youngest brother, Uncle Phuc. 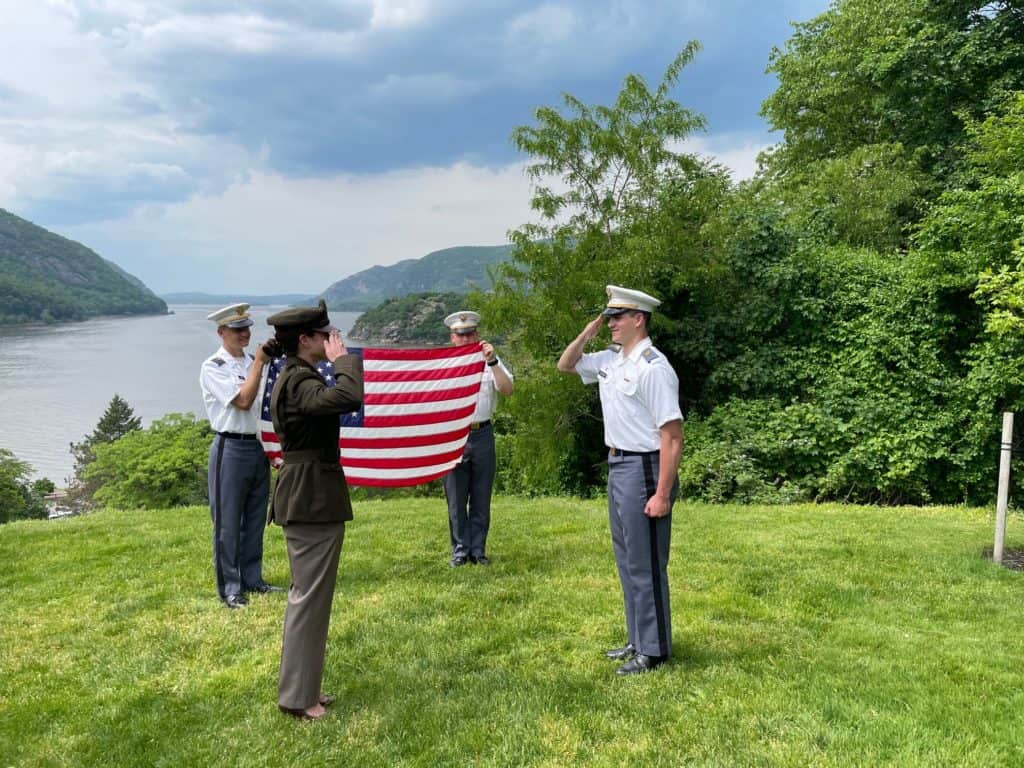 Eternal vigilance is the price of liberty.

Please take a moment today to reflect on and remember those brave men and women who paid the ultimate price for freedom.

*The list is incomplete but includes recent generations of service