Dulce et Decorum Est – Is it sweet and noble to die for one’s country? or just an old lie? 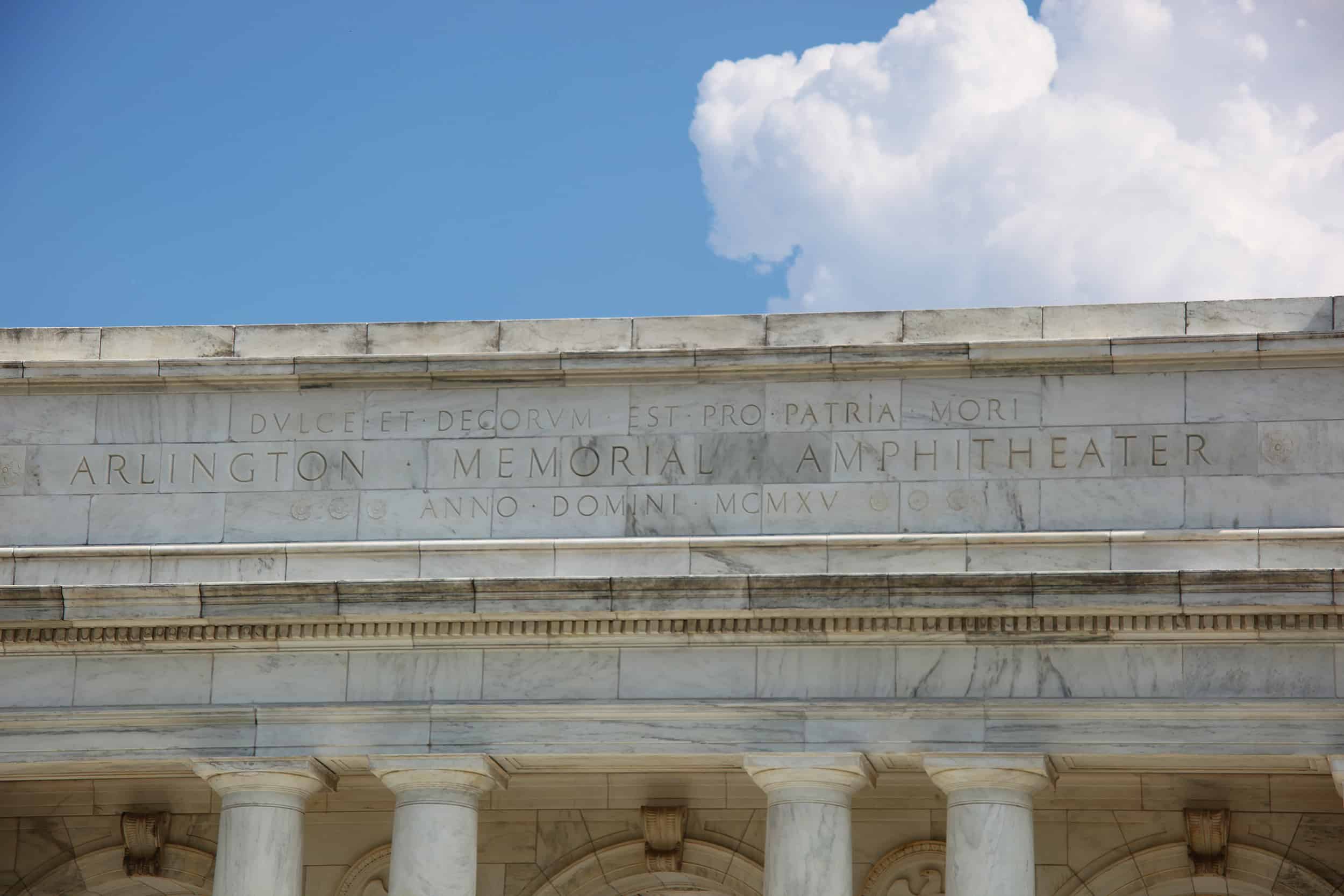 On Memorial Day we remember those who died while serving their country, a holiday dating back to the Civil War, but with roots going even farther back than that.

The highest honor for a man was to die in battle for his country, or so it was believed throughout much of western history. Memorialized by Horace in his Odes, the saying is translated from Latin. The film 300 dramatizes the Battle of Thermopylae (480 BC) when Spartan King Leonidas fought against the Persian invasion of King Xerxes. Ephialtes betrayed the Spartans and Leonidas said to him, “May you live forever.” It was the ultimate curse, the horror of living a long life with the guilt of betrayal, knowing that others fought bravely and died for their country.

Roman lyrical poet and soldier Horace wrote in 23 BC, “Dulce et decorum est pro patria mori.” The sentiment, “It is sweet and glorious to die for one’s country,” was the rallying cry for many entering into service for World War I.

British soldier and poet Wilfred Owen found the opposite to be true, describing in detail the horrors of trench and gas warfare. Both Horace and Owen served as officers fighting for their country, thousands of years apart.  Horace was defeated at the Battle of Phillipi in 42 BC but went on to become a statesman and the most notable lyrical poet of his time. Owen was shot and killed in France during his second deployment to the frontline in 1918. He was 25.

Today, much has changed with modern technology such as satellite positioning, drone capabilities, and smart missiles, but little has changed about human nature.  “Yet Death chases after the soldier who runs / And it won’t spare the cowardly back / or the limbs, of peace-loving young men.” (Horace)

Is it sweet and noble to die for one’s country? or just the old lie?  Read the poets’ own words.

Bent double, like old beggars under sacks,
Knock-kneed, coughing like hags, we cursed through sludge,
Till on the haunting flares we turned our backs
And towards our distant rest began to trudge.
Men marched asleep. Many had lost their boots
But limped on, blood-shod. All went lame; all blind;
Drunk with fatigue; deaf even to the hoots
Of tired, outstripped Five-Nines that dropped behind.

Gas! Gas! Quick, boys!—An ecstasy of fumbling,
Fitting the clumsy helmets just in time;
But someone still was yelling out and stumbling
And flound’ring like a man in fire or lime…
Dim, through the misty panes and thick green light,
As under a green sea, I saw him drowning.

In all my dreams, before my helpless sight,
He plunges at me, guttering, choking, drowning.

If in some smothering dreams you too could pace
Behind the wagon that we flung him in,
And watch the white eyes writhing in his face,
His hanging face, like a devil’s sick of sin;
If you could hear, at every jolt, the blood
Come gargling from the froth-corrupted lungs,
Obscene as cancer, bitter as the cud
Of vile, incurable sores on innocent tongues,—
My friend, you would not tell with such high zest
To children ardent for some desperate glory,
The old Lie: Dulce et decorum est
Pro patria mori.

Sweet and Noble to Die for One’s Country

learn how to make bitterest hardship his friend,

and as a horseman, with fearful lance,

go to vex the insolent Parthians,

spending his life in the open, in the heart

of dangerous action. And seeing him, from

the enemy’s walls, let the warring

whom a desire for blood sends raging

so swiftly through the core of destruction.’

It’s sweet and fitting to die for one’s country.

Yet death chases after the soldier who runs,

and it won’t spare the cowardly back

or the limbs, of peace-loving young men.

shines out with its honour unstained, and never

takes up the axes or puts them down

at the request of a changeable mob.

Virtue, that opens the heavens for those who

did not deserve to die, takes a road denied

to others, and scorns the vulgar crowd

and the bloodied earth, on ascending wings.

And there’s a true reward for loyal silence:

I forbid the man who divulged those secret

rites of Ceres, to exist beneath

the same roof as I, or untie with me

included the innocent with the guilty,

forgets the wicked man, despite his start.