I thought this a fitting opening for today, the fourth of July, 2017, my daughter’s second day as a New Cadet at West Point and the same oath she took last night with 1,229 of her classmates on the plain or parade ground at the United States Military Academy. The Commandant of Cadets, Brigadier General Steve Gilland, led the ceremony at 1830 hours last night.

This class is the most diverse in academy history with 301 women, 207 African Americans, 121 Hispanics, 108 Asians, 14 Native Americans, 13 International cadets, and 7 combat veterans. The class of 2021 includes cadets from every state in the country. (West Point’s Incoming Class of 2021 Prepares for R Day, Army Times)

Here is a postcard of the Oath Ceremony with little changed.  An inscription on the back reads:

On Reception Day, new cadets are received into their summer training companies. Newly shorn and uniformly clad, the class marches to Trophy Point for its induction. Hands are raised as they join in the oath . . . 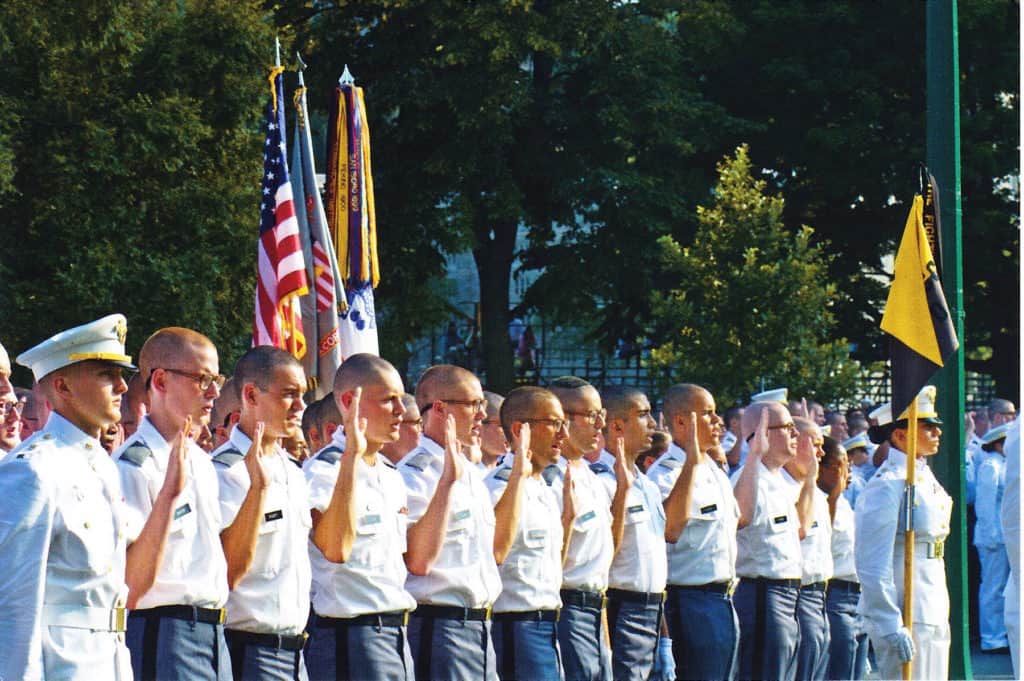 Although we live far away from any military installation or army post, my daughter grew up with parents who are army veterans, she attended football games at West Point, visited her uncle when he was teaching there, and discussed current events, all amid an inescapable and relentless patriotism. We encouraged her to consider and learn about traditional colleges, which she did. This April she informed us she had made a decision.

With large eyes and a solemn expression she said, “I can’t see myself anywhere else.”

She has a warrior spirit and a quiet disposition which may make her a good officer one day, because she is not only a fierce protector, she listens. She’s a far better person than I was at that age when I reported to West Point, 30 years ago almost to the day. She is better prepared academically, she’s an elite athlete, and she knows exactly what she has signed up for.

The Superintendent at West Point sent each candidate for the Class of 2021 a letter with the Honor Code and the Cadet Creed, expectations all cadets must live by.  He instructed them to memorize them before R- Day.  Another letter arrived which cited the Army regulations and physical demands, explaining exactly what they are. If the candidates could not perform such physical requirements on R Day, they could be dismissed. 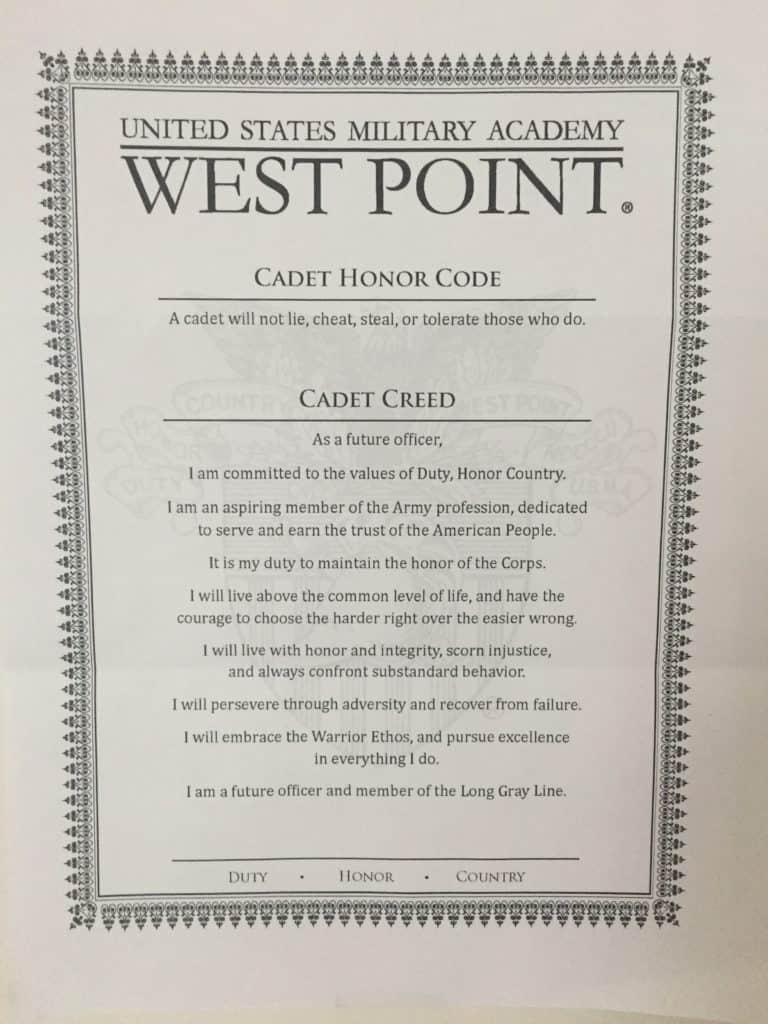 This holiday, the anniversary date of our country’s birth, let us remember the challenges of a new nation, and the decency and character and courage of those who stepped forward.  Thank you to all who serve and have served: we are the land of the free because of the brave.

I presented my daughter with her Presidential Appointment to USMA Class of 2021.