Women of the Year – No Glamour, All Guts

They don’t make Glamour’s list. Its 25th Anniversary  Women of the Year Awards include a fashionista, Hollywood hero, transgender champion, and the president of Planned Parenthood.

There’s little glamorous about the path these two women took, no time for navel-gazing, self-promotion, or money making. If there’s anyone worthy of recognition for extraordinary achievement and trailblazing this year, it’s this kind of woman. 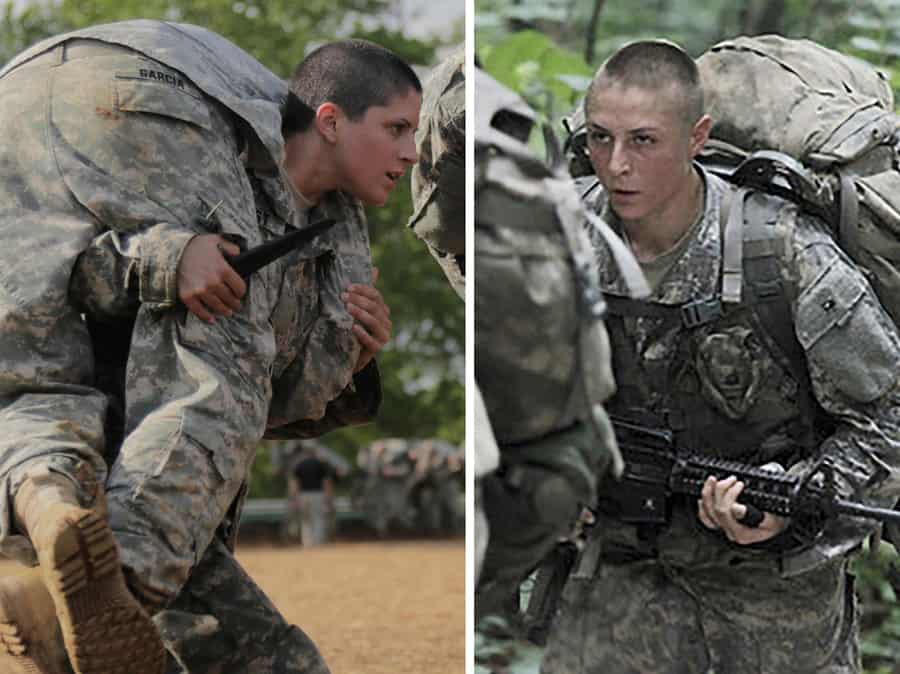 Kristen Griest and Shaye Haver made history this year as the first two women to graduate from the U.S. Army Ranger School, a herculean achievement for even the toughest men. Thanks in part to their successful completion, the program became fully integrated regardless of gender on August 31, 2015. They may wear the coveted black and gold ranger tab, but they cannot yet join a ranger unit, not as of this letter.

ONE STEP AT A TIME

The expansion of Ranger School to females is an important step in women’s integration into the armed forces, all of it, including combat arms and elite units. Not long ago, women had their own branch in the U.S. Army, the Women’s Army Corps or WAC, and it was not disbanded until 1978! The “WACs” were then integrated into male units.

Historically, women served as nurses and in other support roles, but combat positions were an exception. Over the last few decades, women have joined some male branches such as Field Artillery in greater number, with almost every artillery position open to women today. But the infantry and armor branches remain all male.

Questions about potentially lower standards for the female students follow Captain Griest and First Lieutenant Haver. In this way they are not unlike their predecessors in the WAC who endured slander campaigns and hostile affronts from soldiers and the public alike. People magazine writer Susan Keating and U.S. Rep Steve Russell from Oklahoma, a veteran and Ranger School graduate, question whether the female graduates received special treatment.

Keating wrote her article, Was It Fixed? Army General Told Subordinates: ‘A Woman Will Graduate Ranger School,’ Sources Say. Keating shared accusations but not her sources, which makes us wonder, just who are the sources? None have come forward.

Ranger school peers and graduates did share. Here’s one skeptic.

“I was pretty skeptical,” said 2nd Lt. Michael Janowski, who was Haver’s Ranger “battle buddy” in the course’s mountains and the swamps.

He knew she was tough from their time together at West Point. “I went to school with Shaye and I knew she was a physical stud,” he said. But even so, “I was skeptical of whether she could handle it.”

That was, he said, until they got to the mountains and had to do a long march. Lieutenant Janowski was the gunner for a 320 grenade launcher in that mission. “I had a lot of weight on me, and I was struggling,” he said.

“So I stopped and asked at the halfway point, ‘Hey, can anyone help take some of this weight?’ ”

His fellow Ranger students responded with “a lot of deer-in-the-headlights looks,” he said. “A lot of people were like, ‘I can’t take any more weight.’ ”

Except, he said, for one person. “Shaye was the only one who volunteered to take that weight. She took the weight off me, she carried it for the last half of that ruck.”

That act “literally saved me,” he said, looking at her on the panel beside him. “I probably wouldn’t be sitting here right now if it wasn’t for Shaye.”

From that point on, “No more skepticism,” he said. (Read Janowski’s story, ranger graduate with stage IV cancer)

The army’s elite training program consists of three grueling phases: intense physical training or Darby Phase, Mountain Phase, and Swamp Phase. Despite prior training and high levels of fitness, many students fail, 36% of male students in the first four days. And these are fit, trained candidates. A third must repeat or recycle through one of the phases. Griest and Haver took three tries to complete the Darby phase and one attempt for Mountain and Swamp.

Students recycle but it’s not often they do so three times. Women on average are not as strong or fast as men, but they are also known to have better balance and comparable stamina, as women ultra-distance runners are proving (Women Better Runners Than Men: Research). Exceptional women can meet the Ranger School standards and that’s what has happened. I stress this last sentence, because it is important standards remain the same.

OBSERVER BIAS – Living in the Spotlight

Did Griest and Haver receive special compensation? We may never know for sure.

Here’s what we do know. Peers like Janowski said the female graduates not only carried their own weight, they carried that of others too. “They beat me,” one panelist said.  Second Lieutenant Zachary Hagner said after asking nine guys for help, Griest took his 17 pound Squad Automatic Weapon and carried it when no one else would. (Link to video & CSMonitor)

These women were the first to graduate from the Army’s elite training program, which means there’s no hiding, no escape from scrutiny from every phase through graduation, and in all probability every single action.

Male students of every rank, color, and creed have dealt with the challenges and sought to overcome them, whether through recycle, peer reports, instructor review, medical consideration, or other unforeseen or imagined reasons. Every student is evaluated, tested, and scrutinized, yes. Male students have received compensation, allowances, and review, and that’s nothing new.

The women ARE new. And for them, there’s no escaping the focus that comes with that.

The women in Ranger School remind me of what Condoleezza Rice said about being a trailblazing minority. She said, “You have to be twice as good to be accepted.”

At every step of integration of women in the armed forces, people have balked, but women proved themselves worthy. There may be valid concerns about women in infantry and armor, but these graduates have shown us what’s possible.

General Douglas MacArthur called the WACs “my best soldiers”, adding that they worked harder, complained less, and were better disciplined than men.[18] Many generals wanted more of them and proposed to draft women but it was realized that this “would provoke considerable public outcry and Congressional opposition“, and so the War Department declined to take such a drastic step.[19] Those 150,000 women who did serve released the equivalent of 7 divisions of men for combat. Gen. Dwight D. Eisenhower said that “their contributions in efficiency, skill, spirit, and determination are immeasurable“.[Wiki link]

For this writer and female West Point graduate, I salute you. Rangers Griest and Haver LEAD THE WAY. 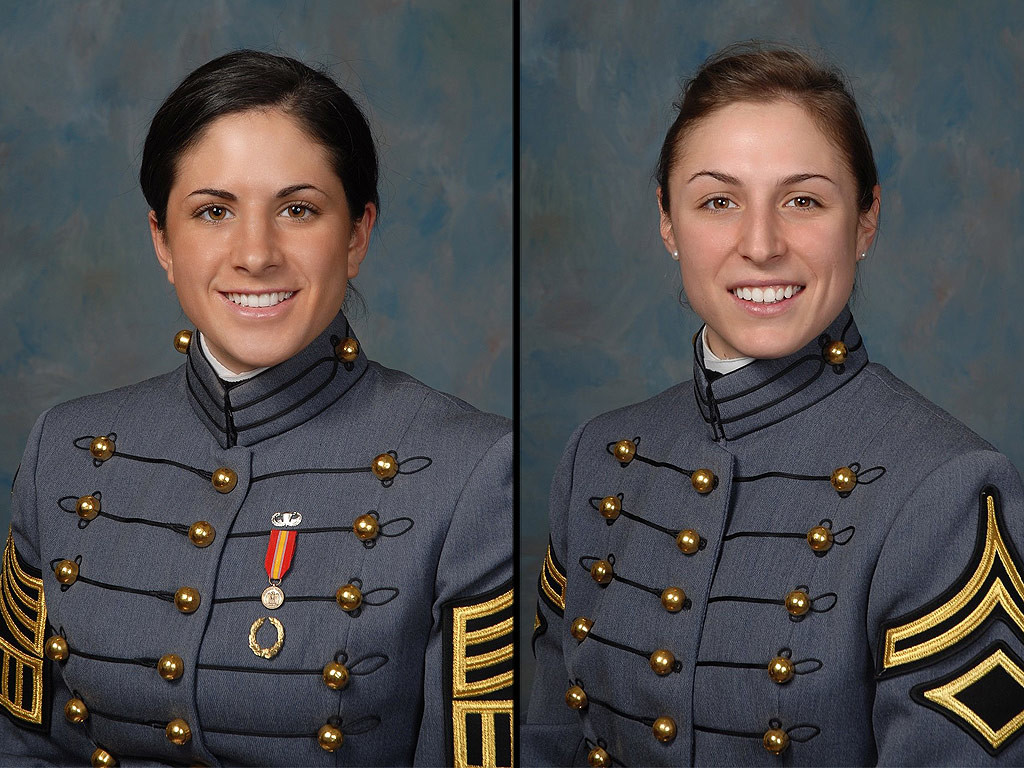 The author MyLinh Shattan graduated in 1991 in the 11th class of women at West Point. She completed Airborne School, Air Assault School, and led a 16 male and female U.S. Army team on a 100 mile, 4 day ruck march in Nijmegen, Holland.

** Stats below from the Airborne and Ranger Training Brigade website

The following are the statistics overview from 2010-2014: