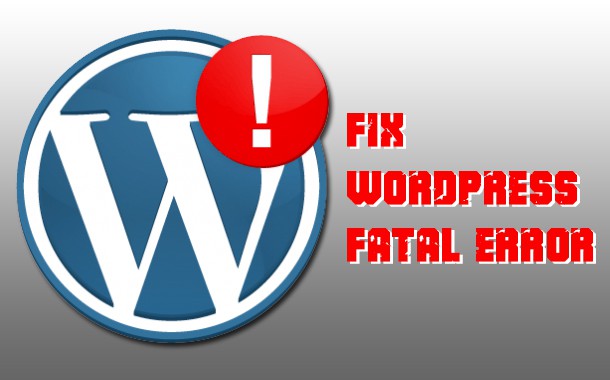 You know the game of 20 questions. Check out these three and see if you know the answer.

What is your mother’s maiden name?

What is the name of your big dog?

Who is your favorite uncle?

If you’re not sure, Eric said they only need “two out of three” and Jade didn’t bother asking the third. “For security purposes this call may be recorded,” is another line, just in case you still don’t know what I’m writing about.

My answer to the first is never easy, because the pronunciation of a Vietnamese name means I have to spell it out. The second is easy and the third made me think, since my favorite uncle has been dead decades, may he rest in peace. I know, I know, I set up the questions, but still.

This is Technical Assistance.

This line is not for hardware problems, this line is for FTP, hosting, and coding. FTP is file transfer protocol for the uninitiated, or basically moving files back and forth over the internet. My newsletter stopped weeks ago, I apologize, and my WordPress site crashed last week. If you’re reading this, then the site is up, the shop is open.

WHY SHOULD YOU CARE?

I’m writing this as therapy, I admit. I’m also writing it for other writers and bloggers who might find lessons from a Luddite helpful. If you’re like me, you write but you may not necessarily code, and even if you did code, it was in some ancient (PASCAL or FORTRAN) language and when you got your program to run, you’re not quite sure what happened. It’s also for those in business who want to focus on business and not tech problems.

THE PROCESS – Upgrading and why you pay

I called my hosting company Network Solutions last Wednesday. James explained I needed to upgrade my package, get cloud back up, and buy tech support. I now pay $15 a month instead of $5 for hosting, $10 for the year for data backup, and a whopping $150 for a year of tech support, meaning one hour of tech support per month. After billing these three items, he asked what else he could help with and said good bye. (** Information on free blogging below)

What? James was not the guy to solve my problem, the crash of my site and the “fatal error” on line 141, the long series of WordPress code which showed up in place of my website? Nope, he just sold me what I needed to begin fixing the problem. The techies need access to code and they don’t have that in the basic package.

So I called mytimesupport, or the techies, with my problem. Nate took that call, or maybe it was Bob. Anyway, he noted my problem and gave me a work order. The tech Gods would get to it in the next 24 to 48 hours.

Not much later, I received an Email that my site was possibly infected and they were “unable to fill the order.”

On Thursday, I called in to ask just what the heck kind of security did they provide when I could be doing it for FREE? Jason explained that for $69 I could purchase SiteLock which would scan and clean my site, and getting a green light from this app would allow them to begin my work order. So they billed me and set it up for the agent who, no lie, misspelled my domain name, putting an ‘f’ in tree, trefehouseletter.

SITE UP AND RUNNING

I called in Friday and when I reached a human, I immediately gave them my mom’s name, my pet, and my uncle, to which each agent explained they must still ask the questions. The woman taking my call said her name and I couldn’t stop myself.

“You’re name is Hope?” Yup, Hope with a capital H.

She put me in touch with Eric who set up the security software again. The mytimesupport techs processed my work order and I received an Email to check the site. It appears OK, though I’m not sure my newsletter will go out because it is set up using a ‘plug-in’ service known as Mail-chimp.

Plug-ins are available codes bundled for bloggers and they do all sorts of things. They’re free and coders get a reputation for really cool stuff. I think the author for one of the notable plug-ins owns a software company and has a crazy hourly charge like $350+. But he gave the world free plug-ins and the world loves him. Go capitalism.

What’s the catch for me? Why write? I don’t make money doing this, not yet and perhaps never. It may be unique in this age, but I have  no profit motive. Some people do Sudoku, crosswords, or read the paper. I write because I must write. It can be maddening and rewarding, but writing helps me think. It gets all the stuff out of my head and onto the paper, plus I usually find myself in a better place when I’ve gotten it down well.

Readers find their way to my site to read candid commentary on books and stories and language and even the military. I saw Johanna who reads the treehouseletter and she asked where it’s been, and that is reason enough. If it makes someone think and engage, then I’m glad to be part of the Great Conversation.

The tradition of the West is embodied in the Great Conversation that began in the dawn of history and that continues to the present day. Robert Maynard Hutchins

What binds the authors together in an intellectual community is the great conversation in which they are engaged. In the works that come later in the sequence of years, we find authors listening to what their predecessors have had to say about this idea or that, this topic or that. They not only harken to the thought of their predecessors, they also respond to it by commenting on it in a variety of ways.” Mortimer J. Adler (Link to Great Conversation)

* This price breaks down into $150 for annual tech support, $10 cloud back up, $69 annual security software, $8 upgrade in monthly hosting fee. You don’t NEED any of these, I paid $5 per month before this and outright for tech support vs the annual package. I only used Tech support once in 2 years until this crash.

** A NOTE ON FREE BLOGGING

You can blog for free on Google blogspot or WordPress, as well as others. I’ve done this and it worked well enough. Yet there are limitations on theme and layout, and it’s fine until you have a problem or want to change things a bit. There’s little tech support. YOU have to figure out the problem and fix it. I also have a wonderful college techie who helps on occasion, but she has a life and some things are beyond her access level, or let’s be frank, interest. Thank you Emily.

I pay because I want the versatility for feedback/site layout, and, as demonstrated, I need the technical support.