On Becoming Sheepdogs, a Modern Fable

In the wake of recent events regarding the tragic death of George Floyd and the ensuing protests, this letter seems more relevant than ever. It has been updated to relate my own experience and the role of the brave men and women who are called to the profession of arms, with a special thank you to those in the West Point Class of 2020 who graduated this weekend. These young officers have taken an oath to support and defend the constitution against all enemies, giving their life if necessary, so that all Americans might enjoy the blessings of a free nation.  The original letter was published here.

There are three types of people in this world: the Sheep who go about their business, the Wolf who feeds on the Sheep, and the Sheepdog who protects the flock.

The analogy has become popular in military and law enforcement circles. Many heard it for the first time in the blockbuster movie, American Sniper. In an early flashback scene, Kyle’s father lectures him after a bullying incident when he defended his younger brother who was beaten up in the schoolyard.  The father tells his sons about the three types of people and, in no uncertain terms, just what he expects. There are no Sheep in his family and heaven help them if they behave like a Wolf.  He sets his belt on the table to show that he means business.

I read about the Sheepdog in Dave Grossman’s book, On Combat,The Psychology and Physiology of Deadly Conflict in War and in Peace.[*] Critics from Slate magazine decried the analogy as simplistic, even dangerous, saying it divided the world into a good-versus-evil struggle that perpetuates racial stereotypes. The irony of such criticism is profound given the contemporary prescription of labels for everything from class and politics to identity and sexuality. Unlike such labels, the use of animals to portray man predates biblical times.

The fable is likely the first fictional form in literature. In his introduction to Aesop’s Fables, Isaac Singer wrote that the fable created its own philosophy: the character of a being as its fate. The fable, at its core, was essentially pessimistic: the animals depict the traits and actions of the aggressor, the fool, the tyrant, the opportunist, and so on.

Grossman heard about this story first from a retired colonel and Vietnam veteran who explained it like this. Society functions because of the many decent and capable individuals who go about their work, doing what they are supposed to be doing. These are the Sheep and there is nothing negative intended with this comparison. They are good and decent, often incapable of hurting another human being. Sheep dislike the Sheepdog, people in roles such as the police and the military, because their presence is a constant reminder of the Wolf and the evil acts it commits. The Sheepdog has fangs and is capable of violence and, in this way, resembles the Wolf. Bad actors who inflict violence on the Sheep are the greatest enemy of the Sheepdog; they are Wolves in Dogs’ clothing. A true Sheepdog will never harm the sheep, because it lives to protect the flock.

The polarization of the military during Vietnam and the police in recent years from the society it protects has to do with this resemblance to the Wolf, the capacity for violence and aggression, especially when it is misused. During the terrorist attacks of 9-11 and the Las Vegas shootings, it was clear that certain individuals chose to run into the burning towers and toward the gunfire, when the normal human reaction was to flee. This human trait ennobles the character of the Sheepdog with its instinct to protect and save life, and to engage evil, to face death and dying if necessary. The retired Colonel’s explanation was a retelling, a modern version of Aesop’s characters, sketching the animals to fit the times.

Aesop lived over 2500 years ago, and the Wolf shows up often in his fables. Two include the Sheepdog.[†]The fable’s great purpose was instruction, a moral lesson, often humorous on the surface; its objective was not only the depiction of human motive but the improvement of human conduct. The form’s defining features were brevity, directness and clarity. Here’s my modern version.

The Sheep, the Wolf & the Sheepdog

The Sheep had come down from the mountains long ago. With the Dog to keep the Wolf at bay, the flock settled into the grassy meadows. The Dog heard the Sheep grumbling. “We don’t like the sheepdog. Its bark and presence disturb us.” The Dog asked them about the Wolf.  “What Wolf?” the Sheep replied. “It is your Wolfish teeth and ways that upset the flock. You are no longer welcome.” So, the Dog left. Within a fortnight, the Wolf learned of the Dog’s departure and returned. The Wolf destroyed the unguarded flock at its leisure.

Aesop knew that no change in government or technology would change human nature, from the exploiter and the exploited to the host and the parasite. Grossman explains that animals do not have a choice in what they are. “But you are not a critter. As a human being, you can be whatever you want to be. It is a conscious, moral decision.” Most people read The Tortoise and the Hare as children and laugh at the humor. The lesson is easy enough. The children don’t think they are turtles or rabbits, but they might think about their conduct. The person who identifies with the Sheepdog or calls himself a Sheepdog , hopes to live up to the nobility and selfless conduct the dog personifies in protecting the flock.

What about the Sheep, the reference used for the majority of the good people going about their job every day? Researchers wrote a paper on Sheep in Aesop’s and Phaedrus’s Fables which clarifies misperceptions.

Abstract: Sheep feature in various animal fables. Marino & Merskin suggest that “we” view sheep as “docile, passive, unintelligent, and timid,” but animal fables do not support this view. In Aesop’s and Phaedrus’s fables, sheep are a primary target of injustice; but they are not passive targets. Sheep endure injustice actively and honestly. They are intelligent, aware and outspoken about their own condition.[‡]

In other fables, the Lamb rebuts the Wolf, the Sheep avoids a trap, and the Sheep try to oppose violence with reason. Individual Sheep are intelligent animals who are often too weak to resist violence and traps. The flock differs from the individual because as a group it underestimates the threat of the Wolves; the flock appears naïve. The individual sheep shows a stoic ability to endure and to go about its own life, similar to that described by the old Vietnam veteran. The lesson about the flock cautions against the rule of the mob.

Aesop may associate the group or the flock with gullibility, though more often he pairs the Shepherds with such behavior. In seven fables the Shepherds lose their flocks from impudence and simple-mindedness.[§] 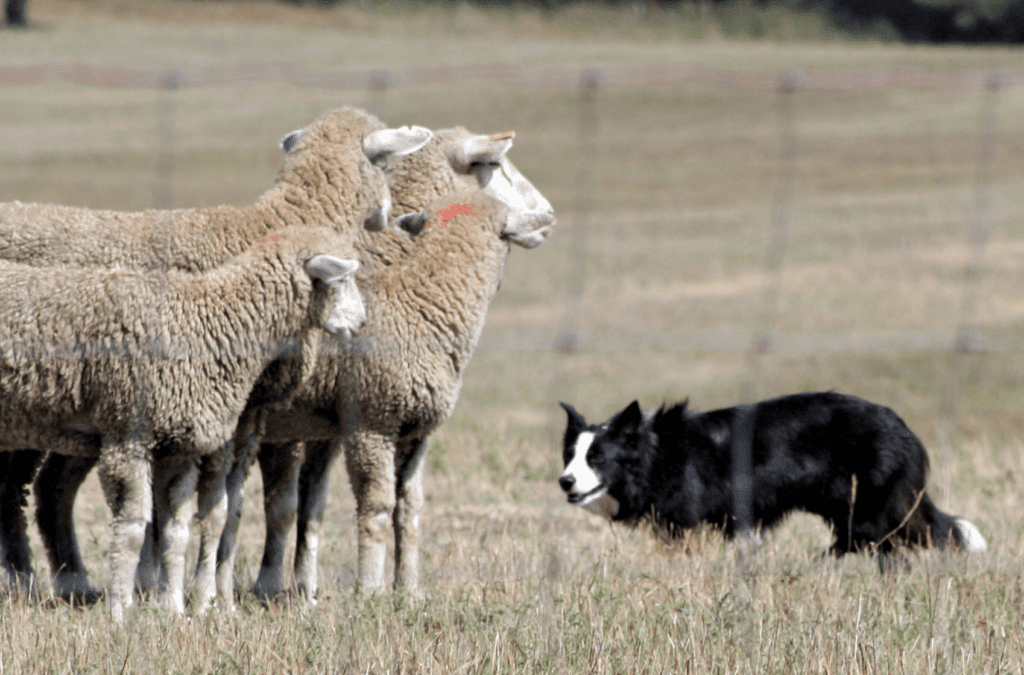 [*]Dave Grossman. On Combat, The Psychology and Physiology of Deadly Conflict in War and in Peace 3rdEdition. Warrior Science Publications, 2008.

The Wolves and the Sheep.  “Why should there always be this fear and slaughter between us?” said the Wolves to the Sheep. “Those evil-disposed Dogs have much to answer for. They always bark whenever we approach you and attack us before we have done any harm. If you would only dismiss them from your heels, there might soon be treaties of peace and reconciliation between us.” The Sheep, poor silly creatures, were easily beguiled and dismissed the Dogs, whereupon the Wolves destroyed the unguarded flock at their own pleasure.

The Wolves and the Sheepdog s. The Wolves thus addressed the Sheepdog s: “Why should you, who are like us in so many things, not be entirely of one mind with us, and live with us as brothers should? We differ from you in one point only. We live in freedom, but you bow down to and slave for men, who in return for your services flog you with whips and put collars on your necks. They make you also guard their sheep, and while they eat the mutton throw only the bones to you. If you will be persuaded by us, you will give us the sheep, and we will enjoy them in common, till we all are surfeited.” The Dogs listened favorably to these proposals, and, entering the den of the Wolves, they were set upon and torn to pieces.