Father and His Letters 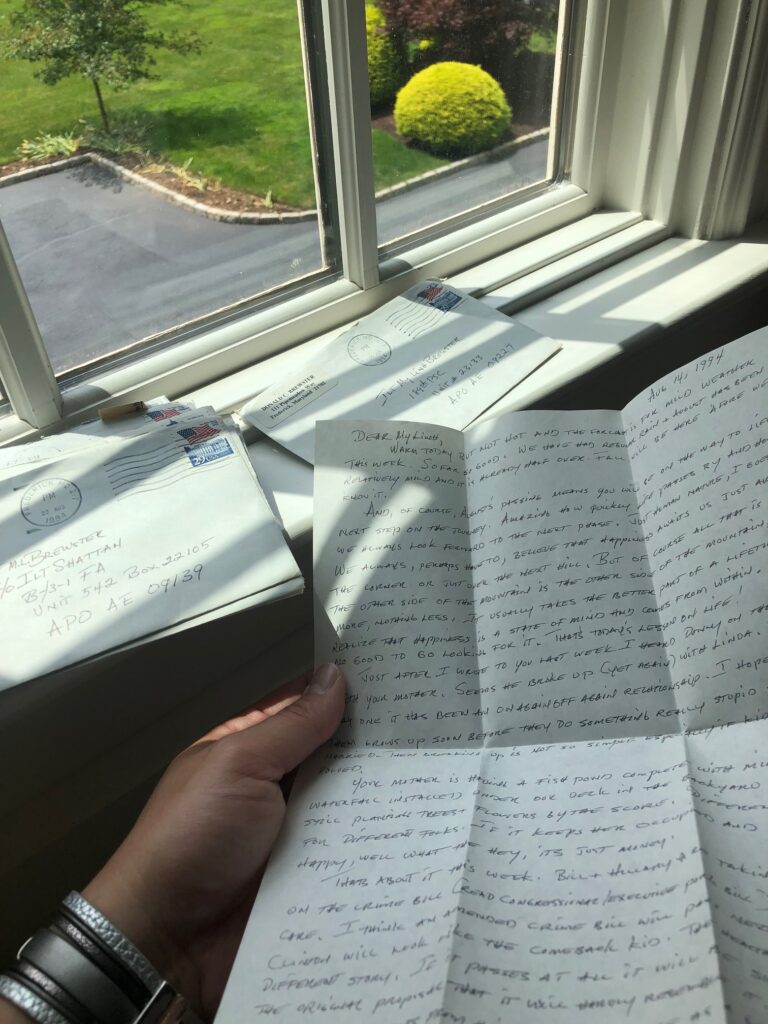 For all the fathers, grandfathers, with us and no longer with us. I wrote this to my children yesterday, Sunday June 20th.

I sat down and read my father’s letters today, not all of them but a few. I want to share them though they may not interest you now, I imagine they will one day. Who was that man Don Brewster and what was he like? Memories of yours as infants may be of a bald man and his guitar and his full voice, long on lyrics, a twinkle behind the glasses. He wrote to me as his Sunday ritual and he wrote to my brother because for many years we shared a letter at college. The ones I read today found me in Germany at the 189th Personnel Service Company in Kaiserslautern and then followed me to Bamberg at your father’s address at 3/1 Field Artillery. It was 1994 and I was separating from the Army.

Dad talked about the weather, your Uncle’s love life, Nana’s pond, and politics, of course that. He had wisdom and daily details, he shared updates on the Clintons and the crime bill, details about storage and my household goods shipment from my last station. And, he shared his trademark humor. There’s nothing so full bodied and rich as his words on paper. Photos may capture his appearance in any given moment, but words, his words, they capture his mind and spirit. And sitting at the top of the landing this afternoon with his photo on the wall and on the wood altar, I could almost feel his embrace.

I organized his 14 letters by post date and watched for Norah to return from the neighbors with our old volleyball net which they had set up for a party. Eyes glistening, looking out the window, I knew there was something more in those letters, something not in the words, but in the yellow of the pages, the neat fold of the typing paper into halves, then thirds, his all uppercase script and the slight upward drift of his lines, that in holding them in my hands, carefully refolding each and slipping them into the envelope, I could see him stooped over his desk, the one he made from an old door and two rusty filing cabinets, pouring his thoughts and his soul into this weekly spiritual, penning thoughts to something or someone he may have loved most in the world, his children. I can smell ofthe musty cellar office, hear the creak of his Birkenstocks as he shuffled up the stairs to put the letters in the box.

There was in that weekly, monthly, yearly ritual, the very best of my father. All he could give me, in that simple weekly epistle. Himself. Love.

The first letter closed with this paraprosdokian:  Politicians are like diapers; they need to be changed often, and for the same reason.

Sending you much love and more laughter. 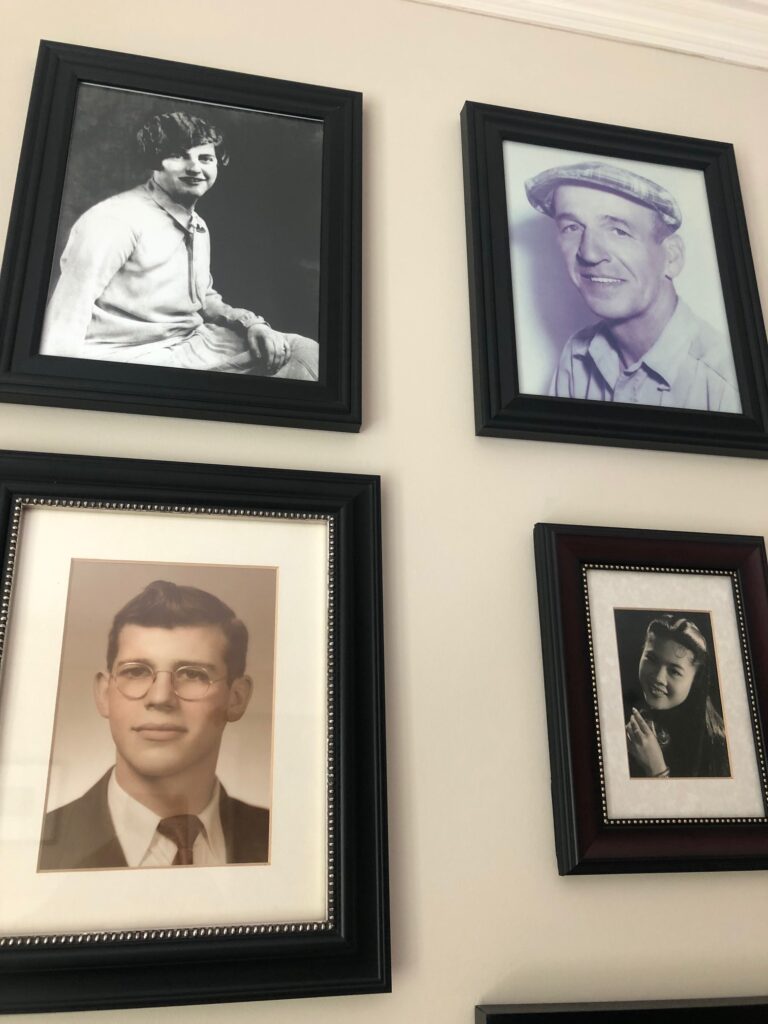 My father bottom left with a full head of hair! He lost most of it in his 20s. My mother in her youth. His parents above, my grandmother, a flapper and my beloved grandfather.