The faculty of University of California Los Angeles (UCLA) College of Letters and Sciences voted Friday a close 332 to 303, with 24 blank ballots, in a move toward forcing students to take a diversity course as part of their undergraduate requirements. (Michelle Moons column, Nov 1 link)

This is an interesting development when you consider that UCLA does not require general education classes such as mathematics, literature, and history.  Sadly the university is not alone; many colleges don’t require core subjects and instead, they have replaced the general education curriculum with a “study what you want” philosophy, also known as a cafeteria style course load.

The American Council of Trustees and Alumni (ACTA) conducted the first survey of its kind to grade colleges on what students actually learn. The grading is simple.  The study evaluates colleges based on the general subjects required: an A for 6 to 7 subjects, B for 4 to 5, C for 3, D for 2, and an F for 0 to 1 subjects.

By comparison, other systems like U.S. News and World Report, use selectivity, reputation, and alumni donations. UCLA gets a “D” with details below. (Read full letter,  Why Colleges are Failing our Students, Harvard gets a “D” and Brown gets an “F”) 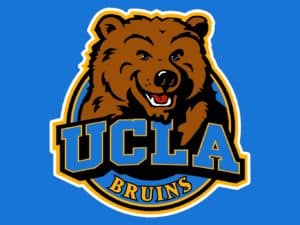 Quoted in the campus paper the Daily Bruin, Victoria Robinson, Director of the American Cultures Center at UCLA said, “The goal of these classes should not (be) to settle debates (of diversity) but to debate.”

This touches on the heart of the issue: just what is college and what are the goals of a liberal arts education? Students need a core curriculum that will provide them the opportunity for success in not just their careers, but in their communities and in life.  The ACTA survey showed that 63% of employers don’t believe college graduates have the skills to succeed, and this makes the case for a strong general education requirement. Schools like UCLA are drifting further and further away from this, consumed instead with the divisiveness of diversity.

If the move passes, UCLA students will spend an academic quarter debating diversity, navel gazing,  and examining and exploring their differences, yet they won’t ‘settle’ these debates. And many won’t know the length of congressional terms or what document establishes the separation of powers.  (Only 18.3% of colleges require government or history! Source American Council of Trustees and Alumni, What They Will Learn survey).

Almost 62% of college graduates do not know the length of congressional terms and 40% don’t realize the U.S. Constitution establishes separation of powers. One third of grads don’t know which president spearheaded the New Deal and over half don’t know which president played a major role in the Panama Canal. (Source American Council of Trustees and Alumni, GfK surveys) 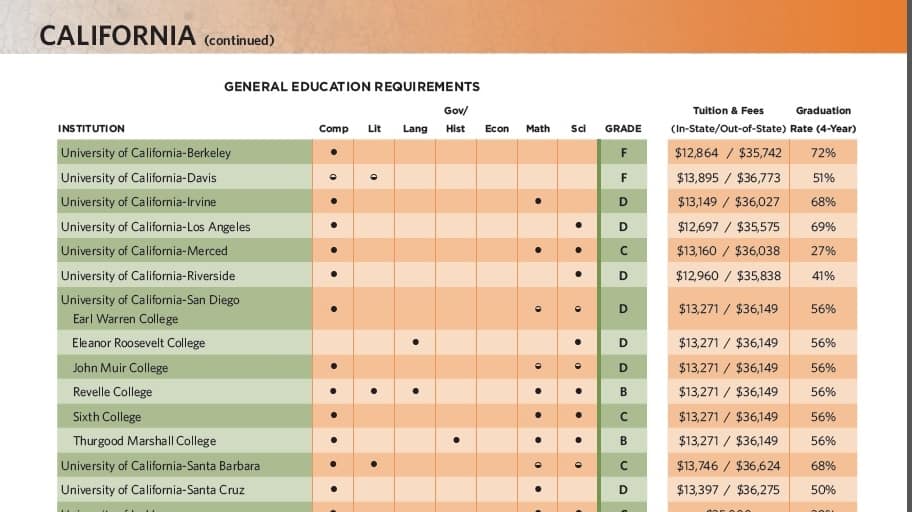 From the What Will They Learn survey,  UCLA  gets a “D” , full link to survey results here.

University of California – Los Angeles says, “General education (GE) is more than a checklist of required courses. It is a program of study that (1) reveals to students the ways that research scholars in the arts, humanities, social sciences, and natural sciences create and evaluate new knowledge, (2) introduces students to the important ideas and themes of human cultures, (3) fosters appreciation for the many perspectives and the diverse voices that may be heard in a democratic society, and (4) develops the intellectual skills that give students the dexterity they need to function in a rapidly changing world.” [Source]