Taking a Teen to NYC

Freaky Friday is here: it’s the first day of spring and there’s a snow storm in Connecticut. 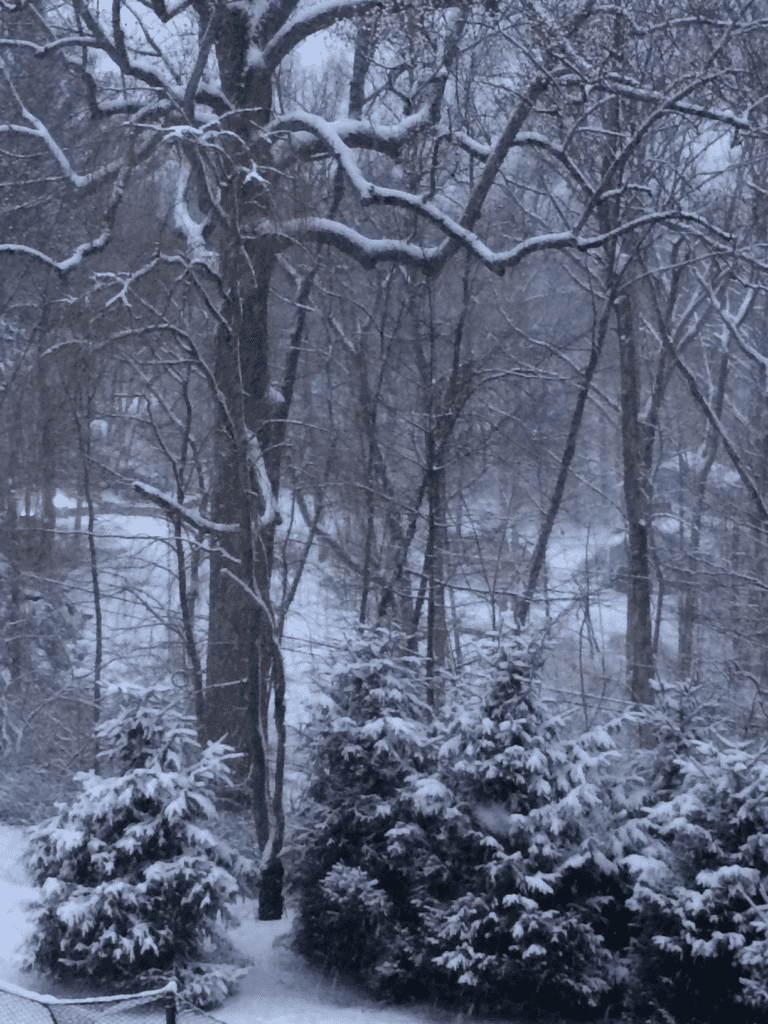 Taken from the Tree House this evening, the first day of spring, snow still coming down

We’re just back from a blustery cold visit to NYC.  My teen daughter and I took our first trip, three days and two nights, just us. We watched An American in Paris, shopped Madison Ave and Fifth Ave, and the Strand Book Store with its 18 miles of books.  Before we came home, my teen enjoyed her first caviar: salmon, trout, and white fish roe on blintzes at the Russian Team Room, because where else would they put caviar on a blintz?

The large roe is like the boba you get at bubble tea shops, but fish flavored.  We liked the salmon. The tasting was $35 but they offer Sevruga and Ossetra sturgeon at hundreds of dollars an ounce. We followed with Russian red borscht, and a hearty Beef Stroganoff. We were early for High Tea but I ordered a Rooibos Chai and learned they used Harney and Sons.

Our waiter wore tailcoats with its short front vest highlighting a large silver Hermes buckle. He reminded me of Everybody Loves Raymond’s brother Robert, very big and deep throated, an overgrown New York Russian. The Stroganoff was a tender short rib and the Chicken Kiev was juicy.  The food was good, the service fair though entertaining, and the ambiance nostalgic with its Russian gold eagles and brass Samovars.  Go for the experience.  It’s right next to Carnegie Hall on 57th street.

We spent the first day at the Strand Book Store in Union Square.  I assume the 18 miles of books means there are that many shelved books end to end, so plan to spend some time if you like books.  They have new and used, plus they buy books. We visited the rare book room on the third floor and there’s vintage at every price point. I bought an Edward Gorey anthology  for $60 though I could have purchased it new on the floor below for $20.  It was worth the extra money because the pen-and-ink illustrations were superior.  The basement has rows of used books and the second floor is dedicated to art and children’s literature. My teen spent five hours in the five meters of young adult, sci-fi, and fantasy. 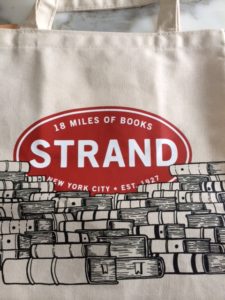 A book tote with quote on opposite side, “There is no such thing as too many books!” Link to the Strand Book Store

The Strand is dizzying, so much so I needed a break after an hour, kind of like a casino for bibliophiles with no clocks or windows; it was good to breathe the fresh air and see sunlight.

Outside discount carts with $1 and $2 books lined the wall, but my teen would not suffer the cold. We left with 27 books, a canvas tote, a pencil case, and stationary, some $400 later, though a $100+ was for two rare books, the Gorey collection and a limited edition of Turgenev’s Torrents of Spring for $45.

Shoppers and workers came in all shapes and sizes, with and without facial hair or body piercings.  An older man with lots of coats sat outside the entrance, shaking a cup.  Someone yelled at him to get a job.

“Get a job?” he said, “That’s against my religion!”  Then he held out his cup, rattling its contents, a smirk on his face.  “Pay your taxes!”

I told my teen, that’s comedy. Welcome to New York.

As for glitz, we saw American in Paris at the Palace Theater, Gershwin’s classic love story about war veteran Jerry Mulligan in Paris after WWII. It’s more than a love triangle, it’s a love pentagon.  Three guys, two girls.  The guys love Lise, and the other girl is the lonely American heiress.  There’s ballet and gorgeous dance scenes to jazz standards like I Got Rhythm and Blue Lullaby.  We sat in orchestra on the far left by the door, which meant for an early exit and easy taxi ride afterwards.

Shopping followed the show. The next day my daughter found her haven on Fifth Ave between 52nd and 54th at Zara, Hollister, and Uniqlo, three trendy stores priced for young people.  We toured Bergdorf Goodman’s department store, eyeing the leather handbags, the jewels, and two fashion waifs who strutted about in stilettos.  We checked the price tag on a cashmere shawl, $4600.  In the next salon, sat a very large woman in a house coat and UGG slippers, her family in denim and shabby shoes.  A sales boy  scurried over to inform her they had the latest bag she wanted. People-watching was as entertaining as the shopping.

The day we checked out, we took a cab to the World Trade Center Memorial, though we live just an hour from NYC, we hadn’t seen it since its construction, or at least close up.

The hole in the ground is a memorial pool and was the location of the north tower that went down in 9-11.  The south tower did not have the water running because it was too windy. 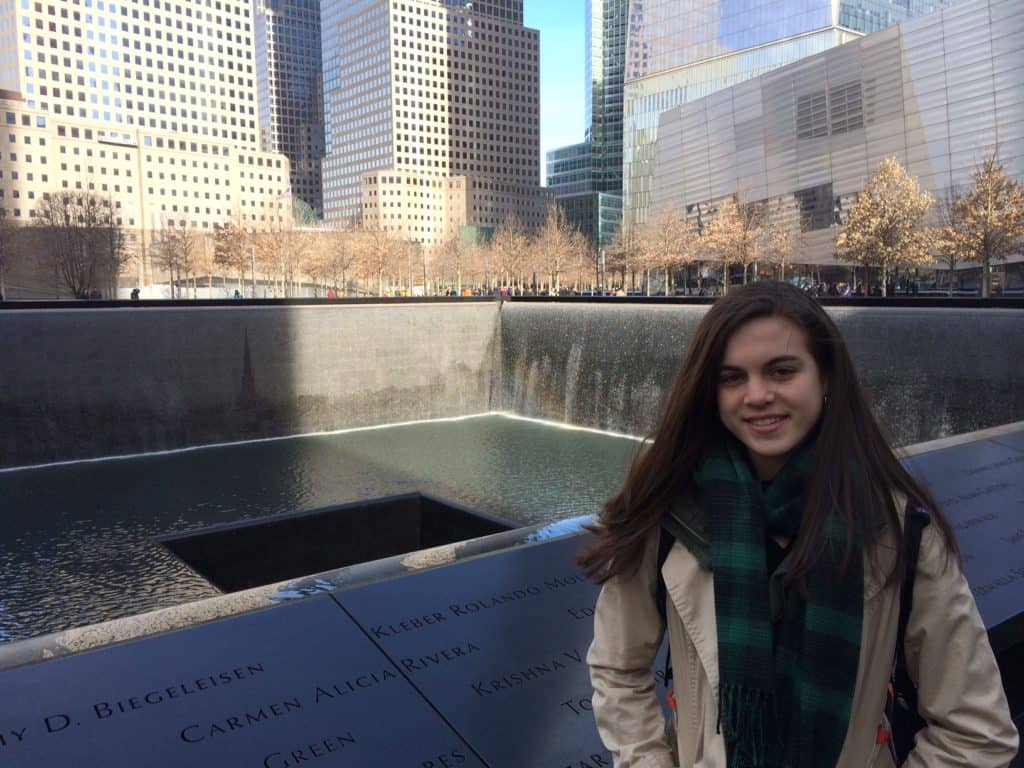 The memorial pool where the North Tower stood, it flows downward without end

Powerful and sad and unsettling, but glorious. All at once. 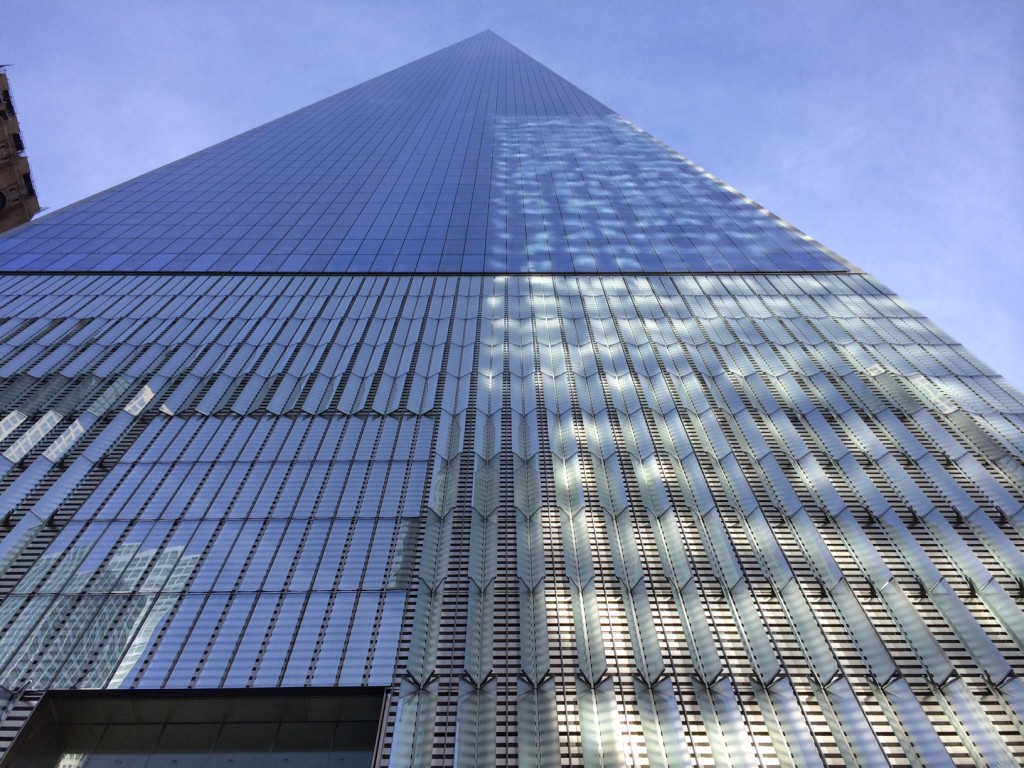 Freedom Tower viewed from the base, unlike the memorial pool, it rises toward the sky without end

The highlight of the trip wasn’t the glamour, or the glitz, or even the books.  It was the unplanned moments: the late night talks, the pillow case that attacked me from the closet shelf sending us into giggle fits, sprawling together on the bed and reading Edward Gorey’s Epipleptic Bicycle and trying to find the 14 pairs of yellow shoes Embley lost. 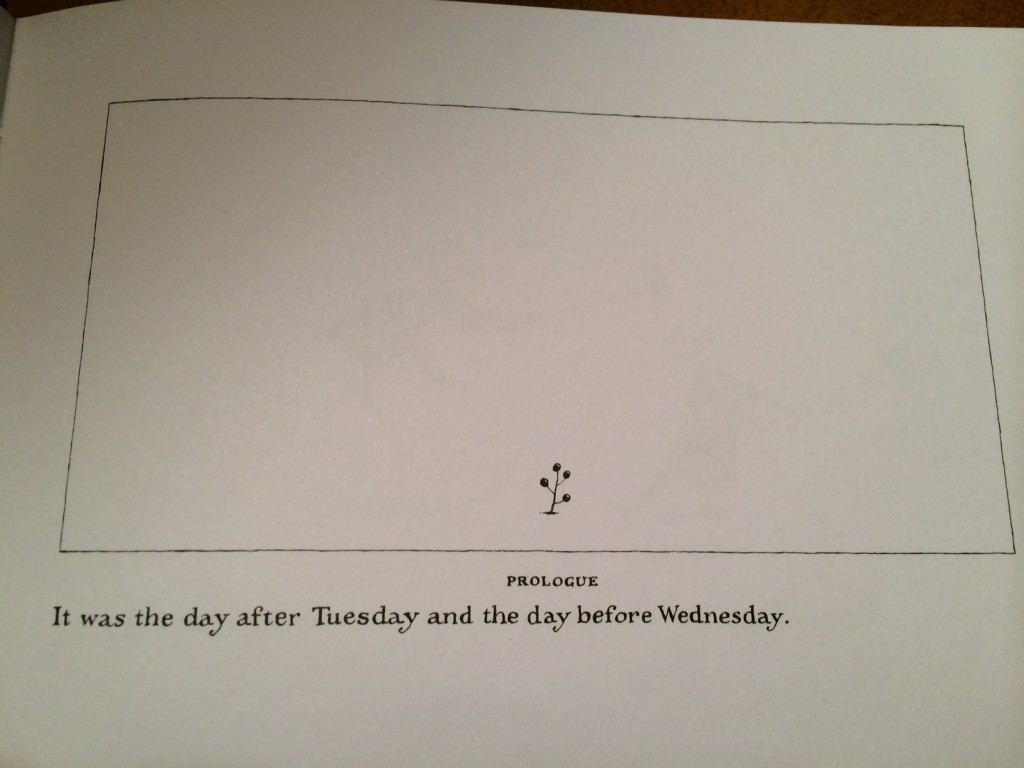 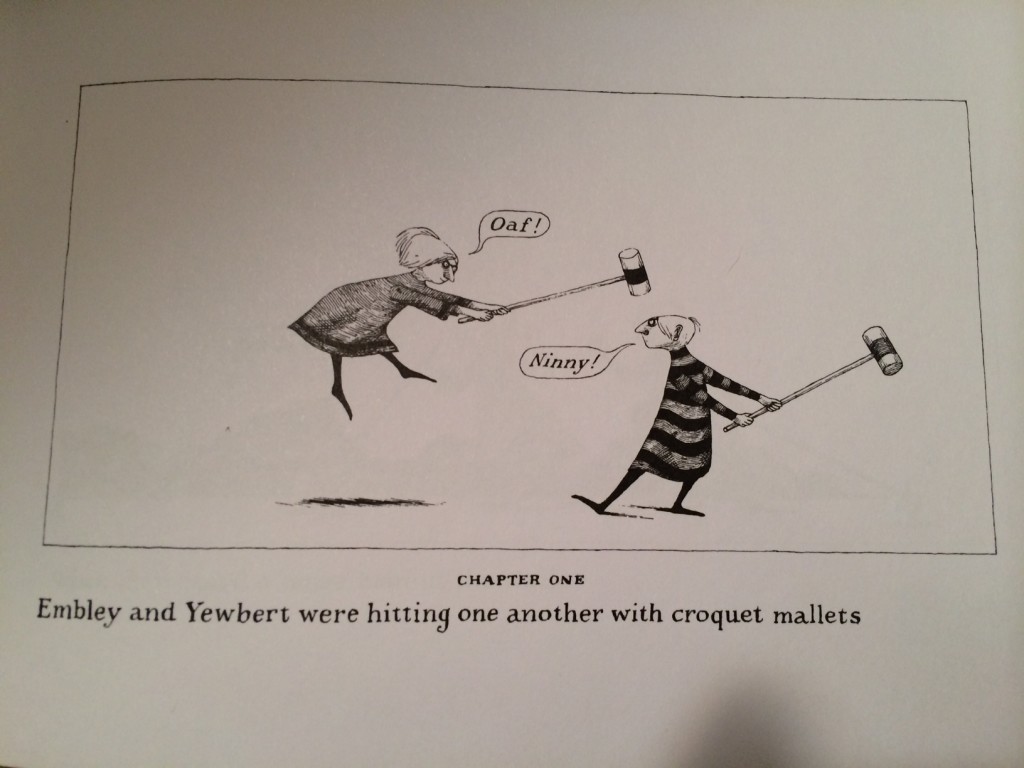 Not for children or the faint of heart, meet the main characters Link to Epiplectic Bicycle book

This will go down as the year we “met” Edward Gorey.

After our Gorey books, my daughter read aloud from a favorite author.  Her voice was soft and the lights were low and I don’t remember much after that.