My sixth grade daughter has been pleading with me to “opt-out” of the Common Core testing she’s endured this past week, a trial battery of testing.  She’s been testing for seven school days now and that includes a combination of tests: CAT for Computer Adaptive Test, Performance Task, and an In-class Activity for both Math and English.  “Most students” in sixth grade will test for 7 hours and 30 minutes over seven school days or a week and a half.  But Laura needs more time, so time allowed is “unlimited.”  (SBAC, or Smarter Balanced Assessment Consortium, link to Testing Time Table) 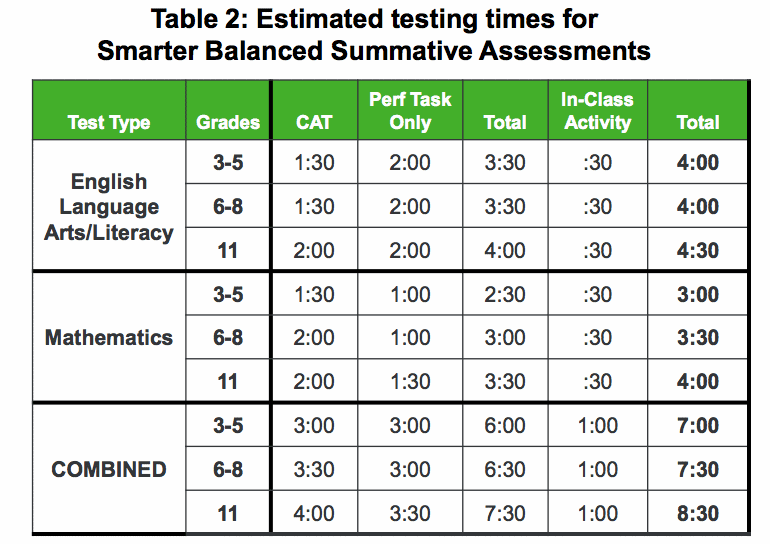 Connecticut, in its rush to abandon the requirements of No Child Left Behind, signed up for a dubious waiver offered by the federal government, dangling potential monetary rewards for states strapped for cash after the 2008 financial crisis, with quite a few strings attached.

Since my state adopted the standards verbatim in 2010, it has yet to see the first dollar in grant money offered.  The irony of this Race to the Top Program is that it requires compliance with federalized standards and must use one of the approved testing consortia to show compliance.  Voila.

Here are the relative points from the Race to the Top program description on the US Department of Education website.

Through Race to the Top, we are asking States to advance reforms around four specific areas:

Building data systems that measure student growth and success, and inform teachers and principals about how they can improve instruction

NCLB (No Child LeftBehind) for all its faults was signed into law via traditional democratic process, a law debated and passed by congress and signed by the President, from both sides of the aisle. Common Core, by contrast, was “federalized” by stealth and states felt pressured to buy in, although as of March, CBS News reported that 19 states “have introduced legislation to either halt or replace Common Core.”

Unlike the Common Core standards and tests, NCLB didn’t tell schools what to do and what not to do. States were still in charge of determining what to teach and how to teach it. (“Soccer Mom Revolt Against Common Core,” Wall Street Journal, May 6, 2015) 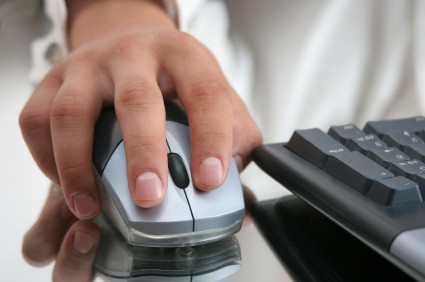 Is Common Core Testing good or bad, and should you be concerned?

Let me share Laura’s experience, my 11 year old who is taking the SBAC.

“They give me 90 minutes, but I can’t finish in that time, so it goes into my other classes, like science and social studies.  It’s supposed to be unlimited time, but there’s a limit of 90 minutes.”  She wants me to explain this contradiction.

“Yesterday, I had to read all these articles on the Gold Rush and then I had to write a five paragraph essay.  I just couldn’t finish.”  She brings me a pad of paper and pencil, begs me to excuse her from the remaining part of the test, her eyes big and her voice thin.

What’s the end result of all this testing?  Federal overreach and curriculum disruption, not to mention the potential for database exploitation.

At least with the now discontinued Connecticut Mastery Test (CMT), the results were released to the parents and overall school results were disseminated publicly. The CMT became a useful tool for parents to gauge student performance and hold schools accountable to the communities who fund them. With the SBAC, the dissemination and use of the results is unclear. Perhaps that is the intent?

Today was supposed to be the end of Laura’s testing, make up day included. Her password didn’t work and she said she has to make up three of the tests yet.  I explained that she started the Common Core testing and should finish; that I did not opt out because she would be in school anyway. I’m not sure I made the best decision, but we have learned a lot from the experience.

The tests are fraught with glitches, extensive, and disruptive to schoolwork and an already stretched curriculum.

Before I share with you a surprising  fact about this experience, let me tell you something about my youngest child.  She is  respectful, attentive, and thorough and she excels in her classes.

Laura said she typed in a bunch of asterisks after her essay on the test yesterday and then she typed this into the computer. 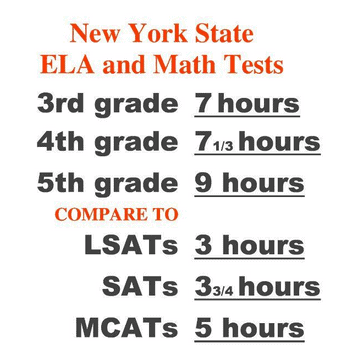 ** To read more about Common Core in Connecticut, why it is unconstitutional, and examples of math and English standards, click here: Bureaucracy beats Democracy letter link.