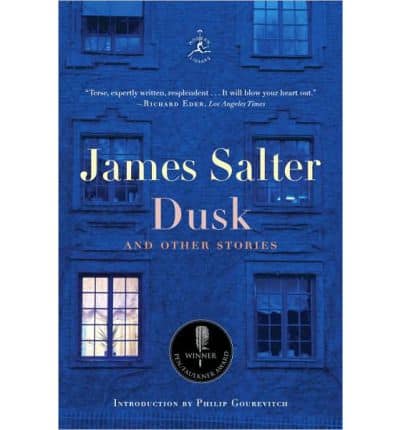 “Virtuosic and exquisitely compressed. These stories show Salter at his best.” Goodreads.com

I’ve been reading a collection of short stories by James Salter, the pen name for a 1945 West Point graduate born James Arnold Horowitz. I didn’t know anything about the former fighter pilot whose writing is so highly regarded in literary circles, a writer’s writer. The book, Dusk and Other Stories, won the 1989 Pen Faulkner Award. Salter died in 2015.

Pulitzer Prize-winner Richard Ford said, “Sentence for sentence, Salter is the master.” and “That [he] writes American sentences better than anybody writing today.” Revered by writers and critics, Salter recently came to my attention in Constance Hale’s writing manual, Sin and Syntax, when reading an excerpt describing a cadet ritual, one I was all too familiar with.

For parade and inspections we wore eighteenth-century accessories, crossed white belts and dummy cartridge box, with breastplate and belt buckle shined to a mirror like finish. In the doorway of the room at night before taps, we sat feverishly polishing them. Pencil erasers and jeweler’s rouge were used to painstakingly rub away small imperfections, and the rest was done with a constantly refolded polishing cloth. It took hours. The terrible ring of metal on the floor – a breastplate that had slipped from someone’s hand – was like dropping an heirloom.

The writing distilled the moment so clearly, I felt I was standing in the barracks room, 28 years ago, a brass plate in my gloved hand, because I was there; I’ve lived that moment as a young cadet. How strange it was to come across this passage in a style guide on writing. So I ordered Dusk and have lived the sensation many times while reading, moments of understanding and truth and authenticity, and not just regarding military life, but life in general. 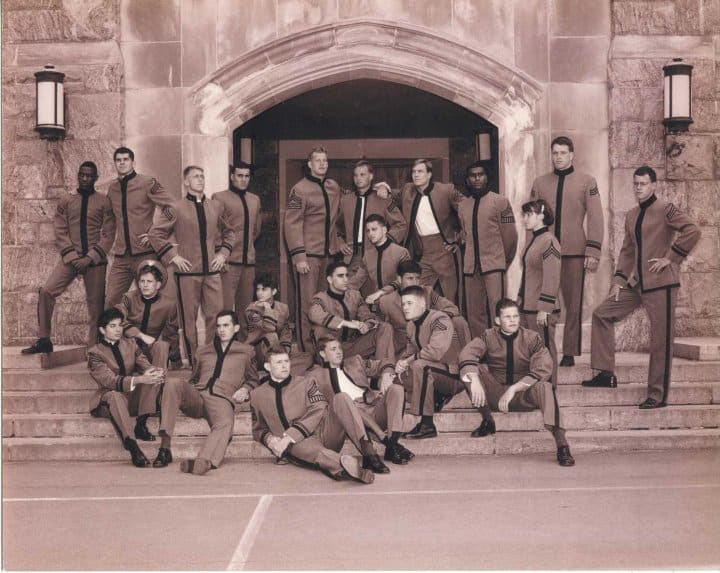 These are my classmates from my company at West Point. I am seated at the bottom left.

Salter’s writing is masterful and spare and precise, so don’t skip a word because you’ll have to go back.

Lost Sons begins with little context and I was surprised by the reference on the second page to Buckner, a summer training camp I know well. The reader learns details in the narrative like brick quarters, barracks, close order drill, enough to know it’s a military installation. Not until page three does Salter mention West Point.

OK, I want to know from you, did you realize the setting for this story before the third page? One review I read actually described it as a naval reunion! which I can understand given the multiple references to the sinking of the Bismarck, but still.

Physical appearances he describes could be true of any reunion and they resonate: a judge large and well fed, a terrifying face blotched with red, the full lips which were a source of an unflattering nickname, the tennis shorts tight over muscled legs.

Other details unique to cadet and military life provide focus with laser accuracy: the wave of sadness the main character Reemsta feels when he hears the song Army Blue, sitting on the barracks steps by a group at night, the heavy boxing gloves in the gymnasium, the chapel and its manly sermons on virtue.

The characters may only be mentioned, but they’re authentic, so much so, I found myself nodding in recognition.

Reemsta whom no one had seen for years . . . known as To The Rear March because of the disasters he caused at the command. [main character]

Hilmo in his gray summer suit with a metallic sheen and to whom everyone liked to talk.

Devereaux whose Spanish book with all his notes in it was thrown out the window.

Joe Waltsak whose state legislature petitioned to name the street after him, an All-American; it’s a joke but the out-sized ego’s not.

An old grad asked the group if they knew Frank Kissner, a regimental commander in Italy who barely spared the time to find out about his promotion to B.G. Sorry reader, Salter doesn’t explain, but that refers to the rank of Brigadier General.

You know, the best friends I ever had or ever will have are the ones I had here.

They had taken care to come back to the pavilion separately.

The reader experiences the reunion as Reemsta, the outsider at the gathering, observing a classmate’s insouciance, the wives, the success stories, the barracks room bravado, the brotherhood he does not quite belong to, “The grinning friends since cadet days, the friends for life.”

At roll call it was announced that there were 550 graduates, 529 living, and 176 present, a reference to West Point’s mission and the Long Gray Line of graduates living and deceased. Someone shouts, “Not counting Klingbeil!” because no one’s seen him, the much beloved and ‘impossible’ friend whose name is a recurring reminder for Reemsta that he’s not exactly part of the brotherhood.

This is a Class of 1960 reunion which is, in its way, like all reunions. You can go back, but you never really go back.

Salter’s stories sink into the subconscious and the characters come to mind again and again after reading them: Reemsta at the reunion, the sadness of a woman’s life in the title story Dusk, the corruption of a school girl in American Express, Twenty Minutes of life or death after a riding accident. Good literature does that. We think about it after we’re finished, it stays with us, it becomes part of us. 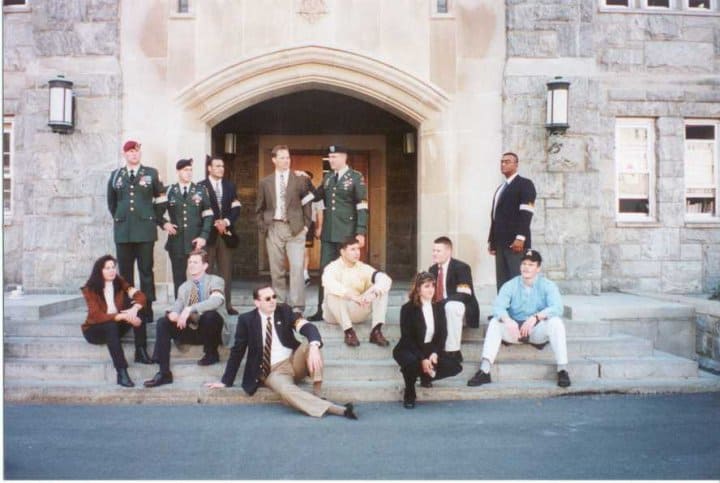 My company at a reunion, taking up our original locations on the barracks steps. I have my hair down, a civilian.

*** Excerpts from Dusk and Other Stories, James Salter, 1988. Winner of the Pen Faulkner Award. To read the story, Lost Sons, click here.