Here is a tale as old as time, a love story.  We associate a lot of things with Vietnam and there is much written about it, so I want to share a romance. The poet Nguyen Dinh Nhac is my uncle and I can count the times I’ve seen him in my life on two hands.  In Vietnam as a young child, I recall his towering presence as gentle, noble, and kind. He was over six feet tall which is something of NBA proportions in  Southeast Asia.  What’s more rare and marvelous about him is that every single exchange with this beloved man was just that, beloved.

My Uncle Nhac wore gentility like his skin, naturally and effortlessly.

He was the second son of a landowner who fought against the French, a medical officer tending to war casualties.  After the French left Vietnam and the Geneva Accords of 1954, he moved south and seized independence, built a pharmacy, and a life for his family.  They owned the first car and the first phonograph in their tiny village of Tan Hiep 66 kilometers south of Saigon.  The family prospered.  But as he wrote in one poem, “The ideals in our youth went the way of all illusions. Success, fame, wealth, living privileged lives.”

Ten years of hardship endured against the French during his formative years was only the beginning of his struggles. Nguyen suffered a stroke before Saigon fell to the communists in 1975, and the world as he knew it, his business and his homeland, were lost.

He escaped to the United States where he collected the remains of his life and set forth on a new path with his wife and family.

But is the expatriate ever truly home in his new home?  Always the poet, he sought the comfort of words, the solace in poetry, the release of pain and the lament and anguish of the exiled. 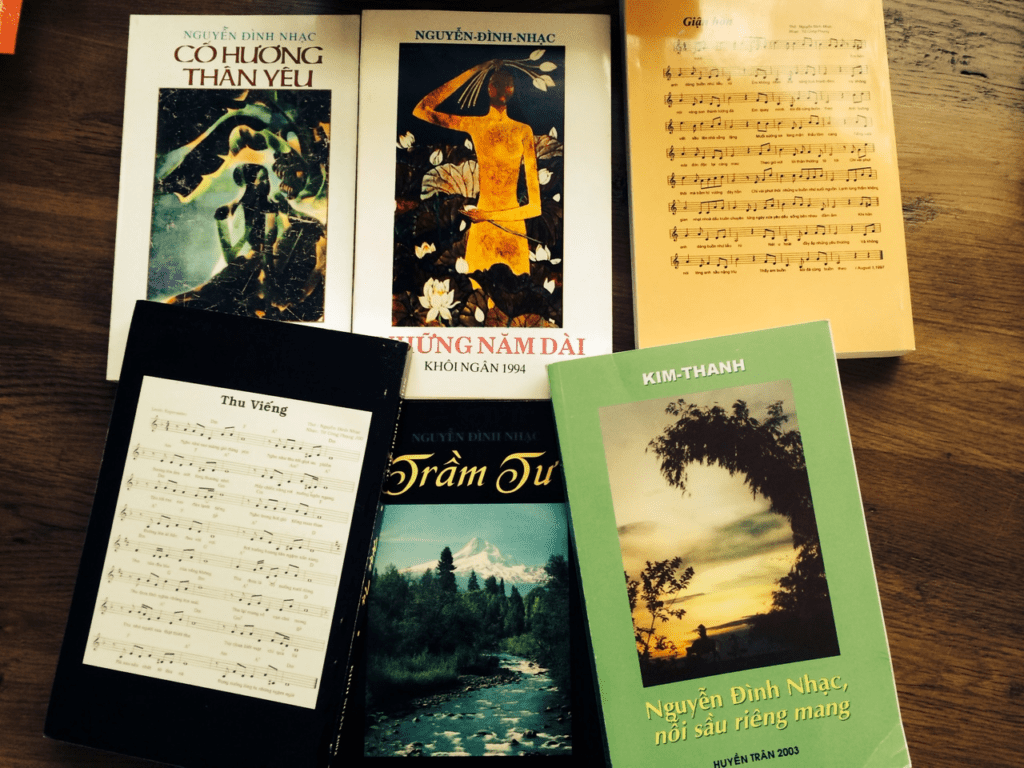 Here is a sketch from his 2003 anthology.

You smiled. You talked. I gazed at you.

Your cheeks were rosy and lightly powdered.

I sat close to you, seeing all the beloved details

How passionate was your lofty forehead! The heavenly tryst.

I remembered when we first married.

You waited for me on the front steps in your pink floral dress,

And at the foot of the mountain, the water flowed quietly.

The hut we shared on the mountain was just as beautiful in retrospect.

The open door let the moon in and the playful wind

Kept on dancing as if to tease us but we liked it.

It had been no less than thirty six years.

Our stories were mixed with the stories of the moon and the stars.

My love for you flowed like a dream. I saw you

Again just as beautiful, blushing like a young bride.

The moon sought another playground.

Poet Nguyen Dinh Nhac, beloved brother and uncle, has joined his wife and his love.  Perhaps they have found their way back to their homeland. 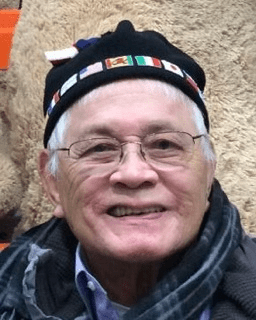 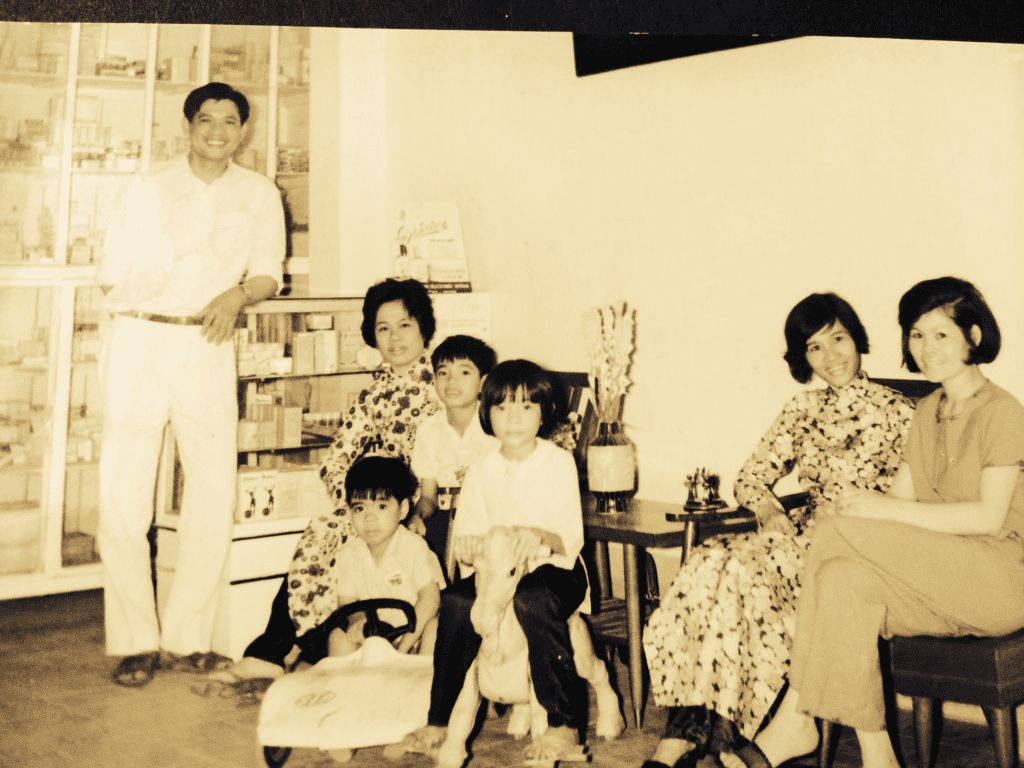 Nguyen Dinh Nhac in his pharmacy with three sisters, my mother on the right, Nguyen Thi Huong Buu