Graveside Gratitude, Giving Thanks in November 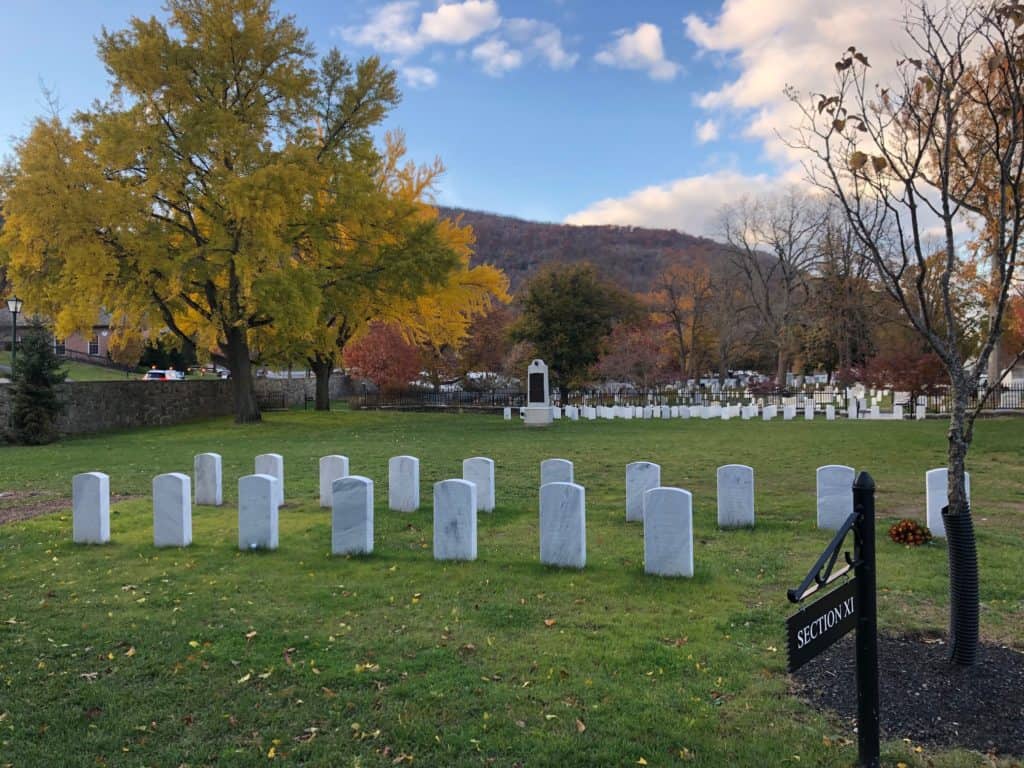 West Point Cemetery, Section XI with Monument to Molly Corbin in background. Anthony’s remains are interred here. (Margaret Corbin was heroine of the Revolution. When her husband fell in battle, she took his position at the cannon during the defense of Fort Washington.)

I learned more from two friends in death than I had learned from them in life. I had not known them well and perhaps that is why, but they were men I met whose lives touched mine, in a fashion, deeply enough to wish them a final farewell.

At Anthony’s burial I heard stories of kindness, of humor, of decency, from the eulogy and from guests. At Ed’s burial I heard an accounting of his life from his son-in-law, all of it consistent with the man who was our seat-mate at Army football games for a decade.

Most notably what has stayed with me about both men was a lesson about kindness, and a particular trait which I want to understand better, since the effects have been lasting. Anthony was my husband’s friend and they had played rugby together in Germany where they were both stationed as young officers. When we learned of his death, my husband Mark was stricken with sorrow, a palpable sadness and a physical heaviness from grief when it hits hard and sudden.

When Mark asked if I would attend the burial, I wasn’t sure because I hadn’t known Anthony well. I remembered his extraordinary social skills which I believed were the outgrowth of a career in sales. What I learned was that his talent for friendship had more to do with his genuine interest in others, and the desire to do them good. To a person, stories extolled this exceptional quality. Mark related the compliment Anthony made when he sacked him in rugby tryouts, and a friend told me about a vacation ride they had together. How Anthony made them feel all these years later was visible on their faces, that the memories of such an experience decades ago kindled warmth in their hearts. 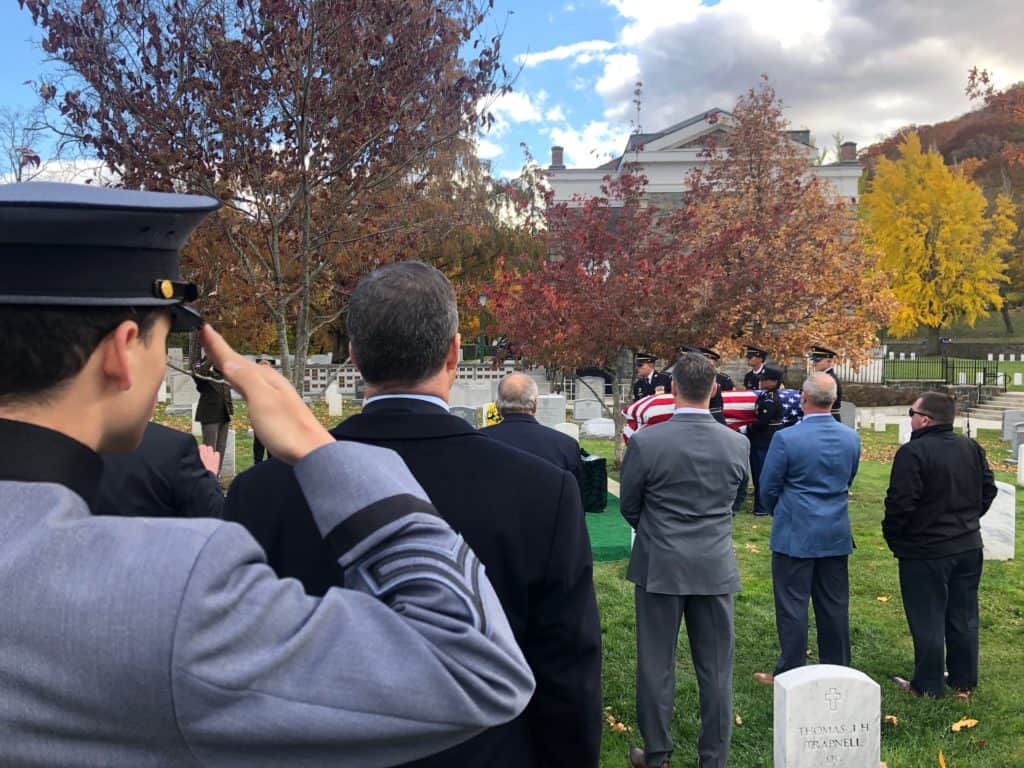 Where Anthony’s life was cut short, Ed lived a long life with many children and grandchildren. Ed had written his obituary in which he explained that his grandfather ran a hotel salon during prohibition and sold boot leg liquor for 14 years. They were able to put two sons through Notre Dame, then law school and then the FBI. He wrote that bootlegging with two sons in the FBI was a sign of the times, especially since the Feds shut down the operation only once in all those years. It’s unlike any obituary I’ve read before, which is fitting because it reminds me of Ed, since he was unlike anyone I’ve met before.

He was honest and self-deprecating, with a running commentary on Army football or life. During a disappointing play in the game, he would turn and mention in a flat tone: Army may not be big, but they sure are slow. When he talked with my children, he would ask, Did you make your bed today? I don’t remember what they said but I can see him asking, a smile hidden just behind the glimmer in his eye.  One time he explained to me that his Latin teacher made a big difference in his young life. He enumerated her virtues, which to hear him tell it, was like listening to Garrison Keillor. She may have never left his small town but she had the kind of persona that loomed large on the canvas of his life.

When I listened to Ed’s eulogy I was touched by the depth and conviction of his love and his faith. He died with his head in his daughter’s lap and his last words were:  I am so happy. The remains of Ed and of Anthony were interred at the West Point Cemetery, maybe thirty yards from each other, and nearly a year apart, last November and this November.

The person each man chose to be makes me think about the person I choose to be. Anthony’s desire to do good to others, Ed’s choice to bring joy to each interaction, both men’s authentic and abiding love for others. These are a bountiful legacy, and a lasting gift for those lucky enough to have known them.

Giving thanks to all those dearly departed souls who have enriched my life. 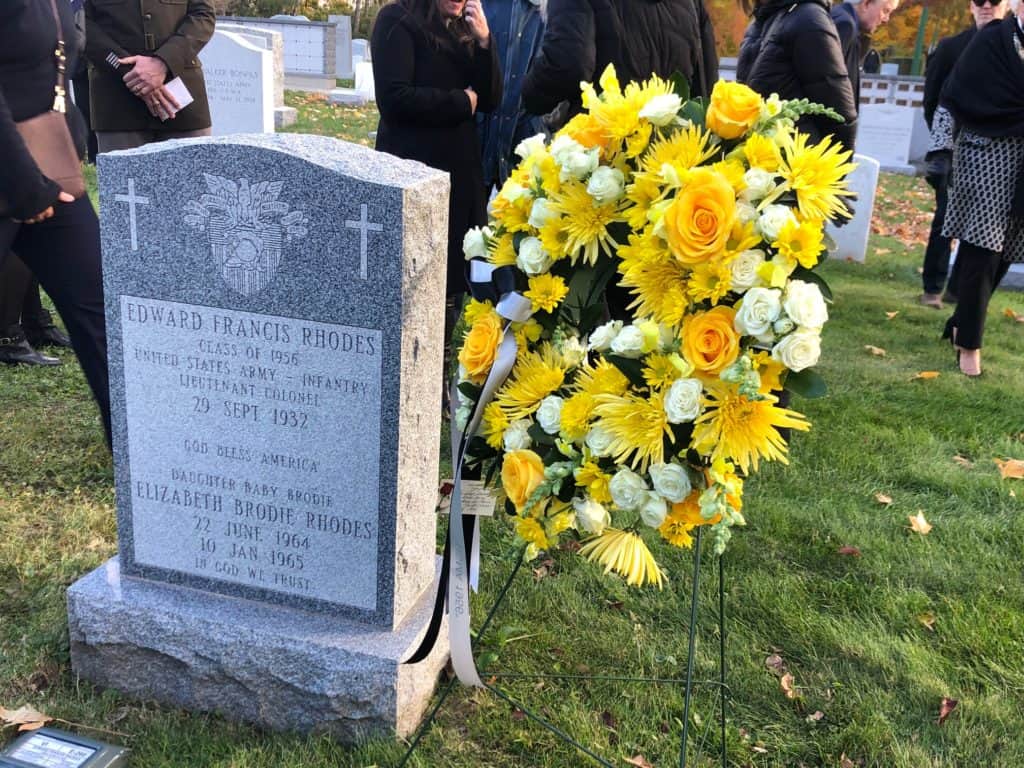 Headstone of Father and Daughter 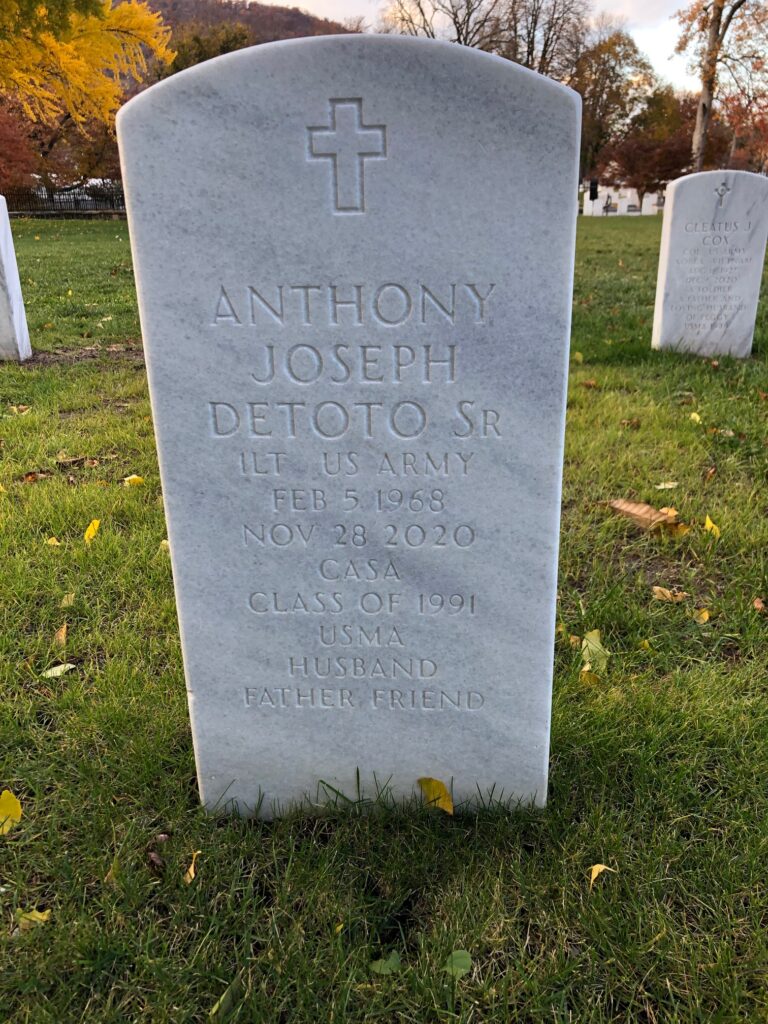