Two Truths and a Lie, a Fools Game 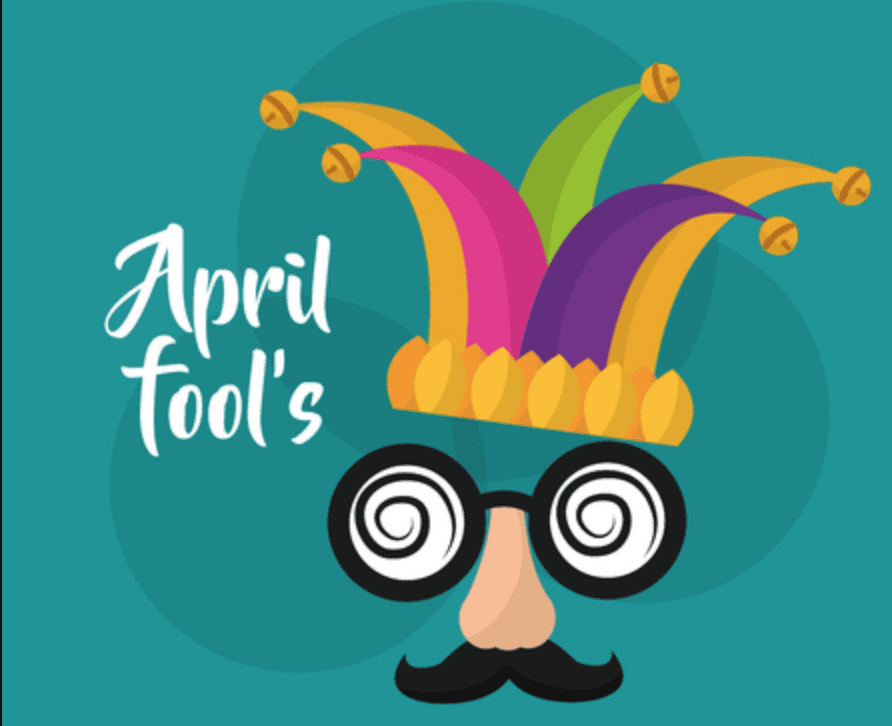 Happy Spring to you on April Fools’ Day! This popular game Two Truths and a Lie is often used as an icebreaker and has a simple object, to guess which is false. On April First each year, I live to make people laugh. Parents, friends, siblings, doesn’t matter. And, in the process, I get to laugh.

(1) I was reading a young adult Korean-American romance recently, (2) which I won in a raffle basket. (3) I was the donor of the book, a title recommended by a clerk from Elm Street Books.

That was an example but not really, since those were all truths. The book was fun and it had me cackling out loud. Here’s a quote from the main character, Frank Li.

Let me tell you something. I live to make people laugh. Parents, siblings, friends, lovers, doesn’t matter. I just have to. If you for some reason don’t know how to make someone laugh, then learn. Study that shit like it’s the SAT. If you are so unfortunate as to have no one in your life who can make you laugh, drop everything and find someone. Cross the desert if you must. Because laughter isn’t just about the funny. Laughter is the music of the deep cosmos connecting all human beings that says all the things mere words cannot. (Frankly in Love by David Yoon)

I have three stories for you. So, drop everything and send me your guesses. There’s a prize for the winner, in addition to being an April Fool.

There are two ways to be fooled. One is to believe what isn’t true;

The other is to refuse to believe what is true.

“Sirrrrr, There are ten minutes until haircut inspection and lunch formation. The uniform is White over Gray!!! Ten minutes remaining!” Plebes should be in formation by the ten-minute bell. A fleshy version of Lurch from the Addams family, Schlep was there as a wrestling recruit and he had a rough time with the Army regimen. He had showed up late to one inspection, his shoe sole balanced on nails. His heel had gone missing in action, somewhere in the stairwell of Bradley Barracks.

For this formation, Schlep marched up to the platoon like a wild man, clothes disheveled, cap askew. His squad leader looked him over, dumbfounded. His hat brass was black. The wall clock on his floor needed repair, wires dangling. A plebe moves fast, one side of the body touching the wall to give way to upper classes. Schlep had the shock of his life that day and had fallen to the floor. When he came to, he pulled himself up and headed to formation. The brass on his saucer-style cap, atop of his six-foot-three-inch frame, had made contact with the wires.

Schlep had blown up on the way to formation.

“Sergeant Lewis, I’ll need the keys to move your car,” said Fred Ortiz. He had to clear the lot for PT, Physical Training. Sergeant Oggie Lewis was a real thorn in his side, so while he had his car keys, Ortiz made a duplicate.

Ortiz would move Lewis’ Ford truck once or twice a week. The first day he moved it a couple spots. Later to the other side of the row. A little farther each time until Lewis was becoming a bit unhinged. Ortiz did something drastic then, moving the truck to the opposite side and opposite corner of the lot. He watched Lewis walking up and down rows, throwing his arms in the air, when he finally found the Ford.

SGT Lewis called Ortiz over the next day. “Listen Ortiz, something is wrong with me,” he said, putting his face in his hands.

Ortiz opened a drawer, took out the duplicate key, and set it on the table.

Carone was about the same height as Marten in formation. For drill practice each had to learn how to march with the M-14 ceremonial rifle. The rifles had fixed bayonets.

“Bring your units to PRESENT ARMS!” called the adjutant. This was the equivalent of a salute with riles, showing respect for the commander and VIPs conducting the review. Marten and the others followed the command. Bringing the rifle up and to the left, across her chest, then vertical and parallel to her body, the bayonet tip sliced Carone’s head, scraping from the base of his scalp and up, cap untouched. Marten inhaled hard and fast, as she watched the blood appear. A fly buzzed by the gash.

Carone did not flinch.

The greatest lesson in life is to know that even fools are right sometimes. 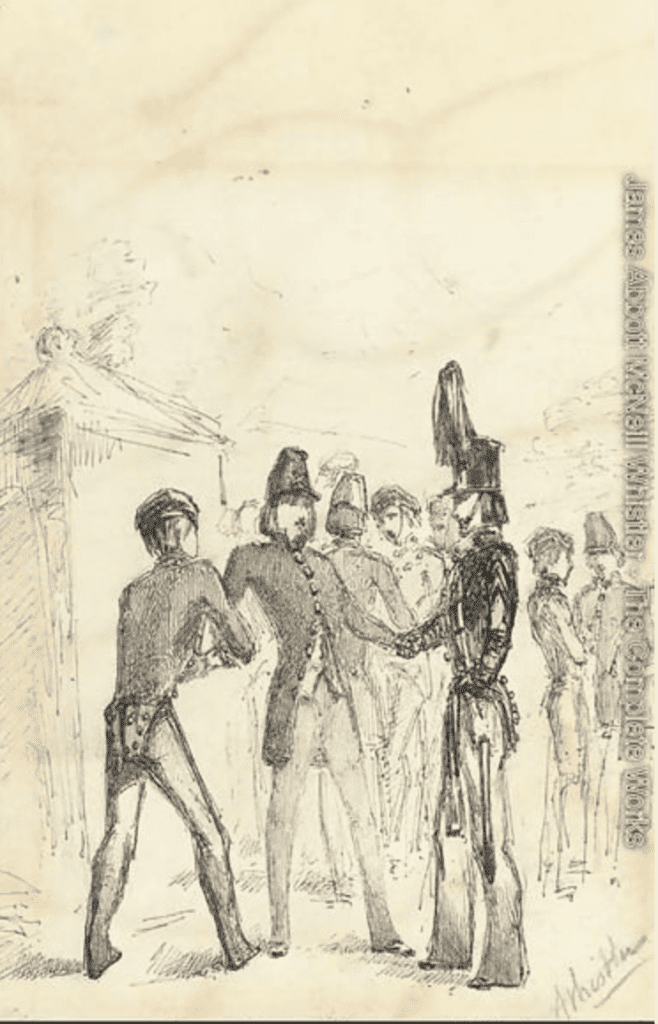 (1) West Point Cadets by James Whistler, (2) who spent three years there. (3) His online bio states this about his departure, He was a sorry sight at drill and dress.