On Presidents, Politics and War, and Poetry

You ever have that moment when something you’ve believed for some time begins to shift and slip, leaving you a bit off-balance? I had that happen in a foundational way. Flipping to the date of a page-a-day calendar, I came upon a quote from John Adams that nearly bowled me over. It seemed appropriate for Presidents’ Day weekend and for February 14th, Valentine’s Day, a day for lovers.

Before I share the quote, which is nothing too shocking in and of itself, I want to give you context on why it was unsettling. Some years ago, when my children were in grade school, I remember sitting on a bench outside with a friend. We were at the library I believe. Bob was older, soft spoken, and had a daughter named Hannah Lee who was pale with dark hair. She could tease out whimsical creations from strips of paper and my daughter liked her, not only because of her gifted hands but because she was funny, the kind of funny that is quirky and authentic.

Bob and I chatted about families. Then he told me about his career in finance managing trusts. The adage was true, he confided. The money was gone in three generations. The first generation worked hard to the put the second generation in school. The second generation became professionals who raised the third generation, who pissed it all away. He might not have used those words exactly, but that’s how I remember feeling. He didn’t say much else, though he nodded his head in reflection, affirming his story. Alright, I could accept the underlying proposition.

I’ve been blessed with three children and the adage colored my view of a generational cycle I hoped to break. I’ve worked hard all my life, earned a college scholarship, and my husband has done the same. Some might say I am self-made. Yet I had the benefit of luck, hard work and good parents, the first generation. As a member of the second generation who inherited these, I pursued a professional life. I worried that my children would not develop a work ethic or understand its value, so I nurtured and developed their sense of industry and purpose, hopeful that they would not, as members of the third generation, piss it all away.

The results so far are mixed and it’s too early to draw conclusions since I have two in high school and one in college. The oldest is a junior at West Point who has earned a full scholarship.  She will begin a career as a commissioned officer next year, debt free. Maybe we will break the cycle. 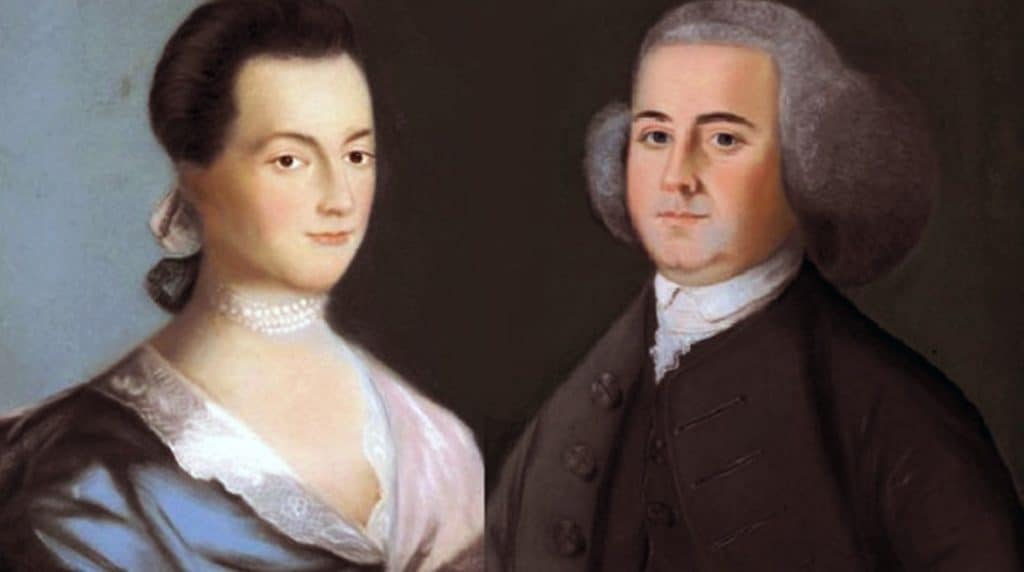 JOHN ADAMS AT THE DAWN OF A NEW NATION

Here is the page-a-day calendar quote from John Adams.

I must study politics and war that my sons may have liberty to study mathematics and philosophy…. In order to give their children a right to study painting, poetry, music.

Interesting perspective on the old adage. Very different in its tone and overall message. Maybe this was the origin and it became garbled in the retelling over time. I did a bit of research and discovered the source of the quote. John Adams was traveling in Paris at the time and he shared the sentiment in a letter to his beloved wife, Abigail. He had returned from taking a walk in the Gardens of the Palace of the Tuileries, enthralled with what he described as exquisite art.

. . . But to observe these Objects with Taste and describe them so as to be understood, would require more time and thought than I can possibly Spare. It is not indeed the fine Arts, which our Country requires. The Usefull, the mechanic Arts, are those which We have occasion for in a young Country, as yet simple and not far advanced in Luxury, altho perhaps much too far for her Age and Character.

I could fill Volumes with Descriptions of Temples and Palaces, Paintings, Sculptures, Tapestry, Porcelaine, &c. &c. &c. — if I could have time. But I could not do this without neglecting my duty. The Science of Government it is my Duty to study, more than all other Studies Sciences: the Art of Legislation and Administration and Negotiation, ought to take Place, indeed to exclude in a manner all other Arts. I must study Politicks and War that my sons may have liberty to study Painting and Poetry Mathematicks and Philosophy. My sons ought to study Mathematicks and Philosophy, Geography, natural History, Naval Architecture, navigation, Commerce and Agriculture, in order to give their Children a right to study Painting, Poetry, Musick, Architecture, Statuary, Tapestry and Porcelaine.

That’s a bird of a different feather. Adams could not neglect his duty, the pressing needs of a young country, to understand the science of government, Politics and War, with a capital P and a capital W. These he could not ignore. He felt compelled to do so in order that his children could study mathematics and natural history, so that their children might study painting, poetry and music.

Adams felt that one generation provides for the next, so that the next generation may realize something beyond what is useful, the liberty to study as they wish.

THE CYNIC AND THE IDEALIST

Adages and aphorisms like old sayings are a double-edged sword, cutting both ways. As a young parent, I gave in easily to the cynicism of Bob’s version because it was what I had known, as a child in Vietnam at the end of the war, returning to a country tired of war, in a family that had to remake itself. I had personal and useful reasons to study politics and war which I did in the Army. I also majored in mathematics and later studied the fine arts. I love music and poetry, the choreography of language on the page a passion of mine. I observed a Yin and Yang to the story: Bob’s cynicism on a library park bench, and Adams’ ideal, scribbled in ink after a walk in a Paris garden.

The sudden challenge of a long-held belief, the desire to instill utility and industry in my children’s studies, did not mean to give it up. Though it shook the foundation. Adams’ letter ends with an ideal, and while lovely, it may not be terribly pragmatic: consider the artist who cannot pay the rent, the unemployed sculptor, or the lost poet.

Yet I admit and recognize that life is incomplete without painting and poetry and music, the arts. The daily toil and strife, even when they are given to one’s passion, mean little without such beauty. Beauty as I’ve come to know it, that elusive beast, is what we know of truth, and the poet and the sculptor and the painter hunt for her, sometimes capturing a glimpse, just so.

I will hold on to Bob’s story, and I’ve added this version from Adams. There is enough room at this stage in my life for both the cynical and the idealistic. The ideas are like wine, opening up and breathing over time. I guess age has that effect, to expand the narrow and limited views of youth.

The 1160 letters exchanged between John and Abigail Adams show a high degree of mutual respect, what historians regard as a rare marriage of equals. It’s worth noting that the couple’s eldest son, John Quincy Adams, would go on to serve as sixth president of the United States. This distinguished place in history of father and son may not have been what the father had imagined in 1780 when he wrote to his beloved wife from Paris. In a letter written on February 14, 1825, just weeks before his son took office, he wrote to a friend: “No man who ever held the office of President would congratulate a friend on obtaining it.”

Valentine’s Day coincides with Presidents’ Day weekend this year and I wish to share a bit of what Adams alluded to, in his vocational wishes for future generations, something prized in itself: the right to study music and poetry.  From the famous Chilean Poet:  If nothing saves us from death, may love at least save us from life. Pablo Neruda.

Here’s a poem for your Beloved.

When you go through the streets
No one recognizes you.
No one sees your crystal crown, no one looks
At the carpet of red gold
That you tread as you pass,
The nonexistent carpet.

And when you appear
All the rivers sound
In my body, bells
Shake the sky,
And a hymn fills the world.

*Source for translation and poem, poemhunter.com/poem/the-queen-5