What is a Good Life? – Meditations by Marcus Aurelius

Stop philosophizing about what a good man is and be one.

The Roman emperor (161 – 180 AD) Marcus Aurelius wrote this in his personal notes. Considered the last of the Five Great Emperors and regarded as the philosopher king by historians, Aurelius left a legacy in his Meditations as rich as his military exploits. What is a good life?

The Meditations consist of 12 books written during periods of his life; they were not intended for public reading. Aurelius wrote about what it meant to be a human, in simple and straightforward language, to connect with nature, to be good. The format of each book includes sentences or longer paragraphs.

It is timely wisdom for any of us, but particularly so for a troubled electorate.

Here are seven sections of seventeen from the first book.

1.1
From my grandfather Verus, I learned about nobility of character and steady temper.

1.2
From his reputation and my own memory of my father, modesty and strength.

1.3
From my mother, devotion to the gods, generosity, and that one should turn away not only from hurtful actions, but even from the very thought of them; also, simplicity in one’s way of living, far removed from the self-indulgent ways of wealthy.

[Skip the gravy train, the political deals; live the simple life and be above reproach.]

1.4
From my great-grandfather, the need to have good teachers at home, and to know that one should spare no expense on such things.

1.5
From my tutor, not to side with either team at the chariot races, nor to be a partisan of either side at the gladiator fights; from him too I learned about enduring difficulties, requiring little, doing my own labor, not meddling in other people’s affairs, and to resist the temptation of listening to slander.

[Avoid partisanship, meddling, mud-slinging – get your hands dirty and do your own work]

1.6
From Diognetus, not to be excited by trifling things, not to take seriously what is said by fortune tellers about incantations and the exorcising of spirits and other such things, not to breed fighting quail, nor to get excited over such things; to endure loose-talkers; to make philosophy my home, to write philosophical dialogues as a young man, and to desire only a simple cot and animal skin for my bed, and only what is necessary for the Greek discipline of philosophy.

[Beware the fortune tellers (AKA pollsters), the lobbyists, the Super Pacs; remember who you are and minimize your needs. Avoid stirring up fights, among quail or peers.]

1.7
From Rusticus, the realization that my character is in need of rehabilitation and care; not to be distracted by purely rhetorical exercises, write treaties full of moral generalizations, spew forth trite sentences of exhortation, or glorify with literary ornamentation either the hermit or the do-gooder. To stay away from rhetorical and poetic display, or an affected city snobbery. Not to parade around my household in ceremonial dress, nor anything of this sort. Rather to write letters in a plain and sincere style, like the one he wrote to my mother Sinuses. Also, to be eager for reconciliation and mediation with anyone who, having lost their temper and caused trouble, wishes to return. To read with precision and not be satisfied with the mere gist of things, nor to agree too quickly with clever debaters. Finally, to have encountered the discourses of Epictetus, which he provided for me from his own library. 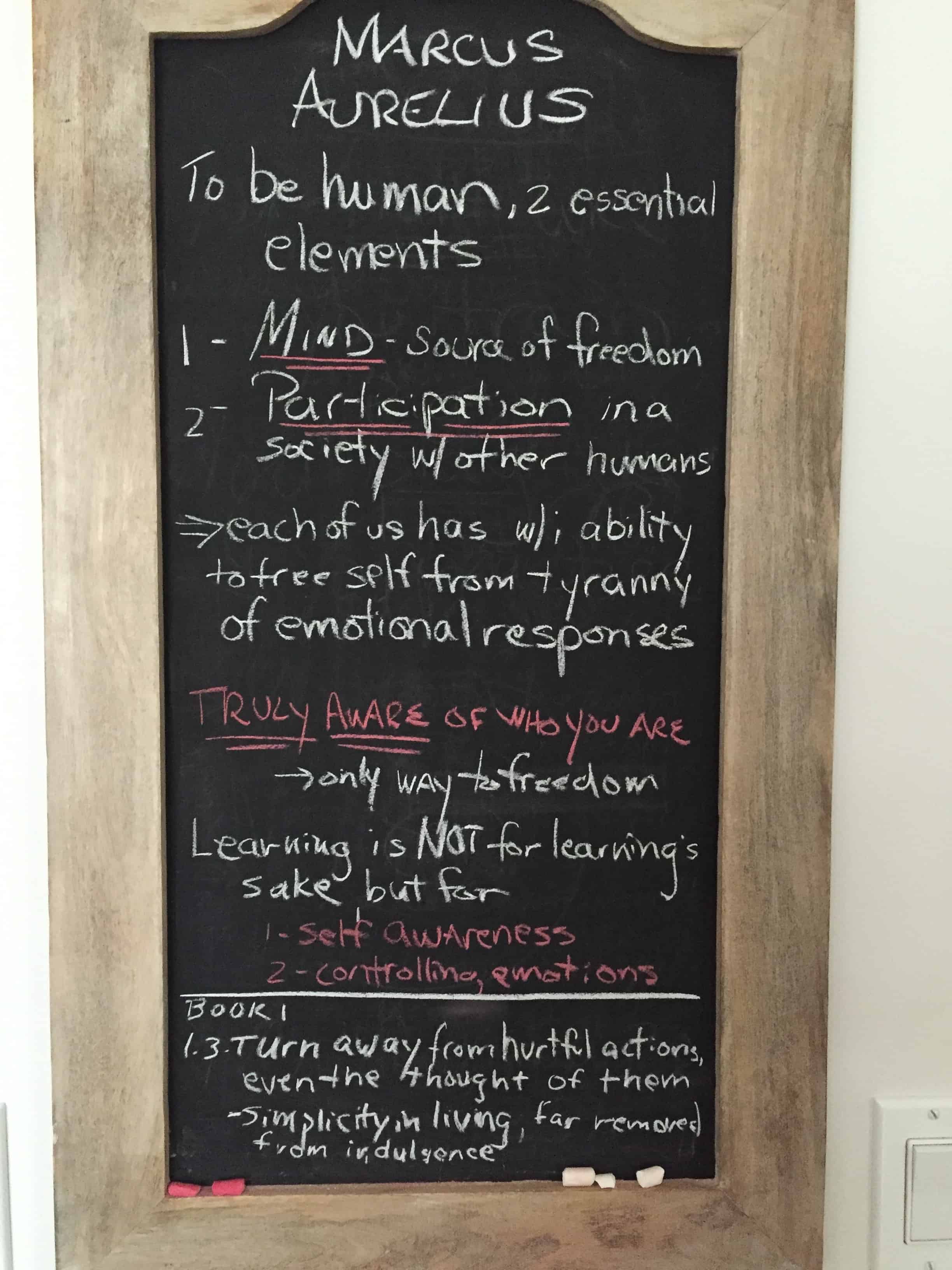 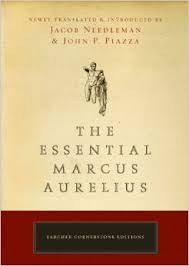