Eavesdropping on Greenwich Teens: Are They Going to Pot?

Greenwich is one of the country’s wealthiest towns.  The other day, I drove there, parked the car on the main avenue, and walked 30 meters to a shop, when I overheard a conversation behind me.

“Don’t you want to hear my story?” a girl said.  “Jackson was so worried.  All concerned about taking the drink. Seriously?  What’s the big deal?” the same girl continued.  “He says it’s stealing, but it only costs four dollars, you know. It bothered him.  Then I told him. ‘Look I’m falsifying my ID to get alcohol.  And I’m smoking weed tonight.'” (Jackson is not actual name)

Physically just steps ahead of this group, I heard them in bursts, the way teens talk, with an occasional one word approval and interjection from the girls’ two friends.  The conversation was loud, even boastful.  I stopped at the store window so I could see them.

Looking at them askance, I gasped because I expected college aged girls, but they appeared to be in their mid teens, around driving age. The girls were well dressed in nice coats, long hair about their shoulders. Their respectable appearance was deceiving.

I stood at the storefront, forgetting for a moment why I was there.  The conversation was deeply disturbing for several reasons.  The girl is  using drugs and alcohol illegally, has falsified or is falsifying her identification, and scoffed at a boy’s moral conscience.  Her tone of voice was not a whisper of impropriety, but one of arrogance and near disdain.

This reminded me of a conversation from earlier this year.  An acquaintance walked to her car with me after a party.  She said it had been a crazy year with our children now in their teens.  Her daughter had confided that she had tried pot over the summer and hadn’t liked it.  Thank goodness it was dark outside, because I couldn’t mask my surprise though I managed to respond. “Oh?”  She went on to say that she was pleased her daughter could talk to her like that and share these things.  The girl’s summer experiment with marijuana would have occurred between 8th and 9th grade, or 13 to 14 years old.  I imagine drinking was old hat by then.

Governor Malloy signed legislation in Connecticut for medical marijuana in 2012 and dispensaries have made a business of the legalized drug in the last two years.  A health education expert spoke at a private meeting for a youth organization about the reality of dealing with a now active business market and industry for the drug in the state.  She told us that the incidences and cases with teens and young adults involve more serious cocktails of drugs and more frequent use of pot because of its ready availability.

My two examples are anecdotal, but they reveal the ugly hard fact of underage substance abuse.  The health expert said something helpful and prescient about the propensity of parents to expose their children early to alcohol because they don’t want them to deal with it the first time in college.  She said that the longer they wait and the longer they hold off from alcohol, the better they are. Study and study again have shown the risks of early use, especially because full brain development does not occur until mid twenties.

Teens are immature and waiting is healthy: they have more time to grow, more time to learn, and more time to make decisions before they experiment with regulated substances.  A 24 year old trying alcohol for the first time is better prepared than a 14 year old to manage the relevant pressures and risks.

There is growing evidence to suggest that alcohol use prior to age 21 impairs crucial aspects of youthful brain development. In one recent study, heavy-drinking adolescents who had been sober for three weeks still scored 10 percent lower than non-drinking peers on tests requiring verbal and nonverbal recall and skills needed for map reading, geometry, and science.  (John Hopkins Bloomberg School of Public Health Fact Sheet – Toll of Underage Drinking Link)

Americans who began drinking before the age of 15 are four times more likely to develop alcohol dependence than those who wait until the age of 21. (John Hopkins Bloomberg School of Public Health Fact Sheet – Toll of Underage Drinking Link) 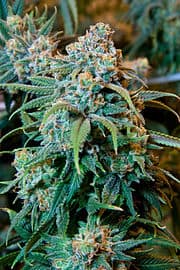 Here is the Press Release  from the Office of :

New Law Has Safeguards to Carefully Regulate its Use

(HARTFORD, CT) – Governor Dannel P. Malloy has signed into law legislation that allows licensed physicians to certify an adult patient’s use of medicinal marijuana after determining that the patient has a specified debilitating disease or medical condition and could benefit from its regulated treatment.  The new law puts in place a number of safeguards designed to prevent potential abuse and carefully control its handling.

“For years, we’ve heard from so many patients with chronic diseases who undergo treatments like chemotherapy or radiation and are denied the palliative benefits that medical marijuana would provide,” Governor Malloy said.  “With careful regulation and safeguards, this law will allow a doctor and a patient to decide what is in that patient’s best interest.”

Under the law, patients with a debilitating condition must receive written certification from a physician and register with the Department of Consumer Protection (DCP).  Qualifying patients and their primary caregivers can possess a combined one-month supply, the amount of which will be determined by a board consisting of eight physicians certified by appropriate medical boards and enforced through DCP regulations.

Some of the conditions that qualify as debilitating include cancer, glaucoma, AIDS or HIV, Parkinson’s disease, multiple sclerosis, damage to the nervous tissue of the spinal cord with objective neurological indication of intractable spasticity, epilepsy, cachexia (emaciation often caused by cancer or cardiac diseases), wasting syndrome, Chrohn’s disease, posttraumatic stress disorder, and other medical conditions, treatments and diseases.

Patients may obtain marijuana from certified pharmacists at licensed dispensaries, who will obtain it from licensed producers.  The law allows for the licensing of at least three, but no more than ten, producers statewide.

“We don’t want Connecticut to follow the path pursued by some other states, which essentially would legalize marijuana for anyone willing to find the right doctor and get the right prescription,” Governor Malloy said.  “In my opinion, such efforts run counter to federal law.  Under this law, however, the Department of Consumer Protection will be able to carefully regulate and monitor the medicinal use of this drug in order to avoid the problems encountered in some other states.”

Governor Malloy highlighted a number of safeguards written into the law to prevent potential abuse:

In 1981, Connecticut was one of the first states in the nation to pass a law approving medical marijuana (Sec. 21a-253), which allowed a doctor to prescribe the substance to relieve nausea associated with chemotherapy and the treatment of glaucoma.  This new legislation modifies the existing law to make it more workable and ensure that the necessary patients are benefiting from its treatment.

The legislation is Public Act 12-55, An Act Concerning the Palliative Use of Marijuana.