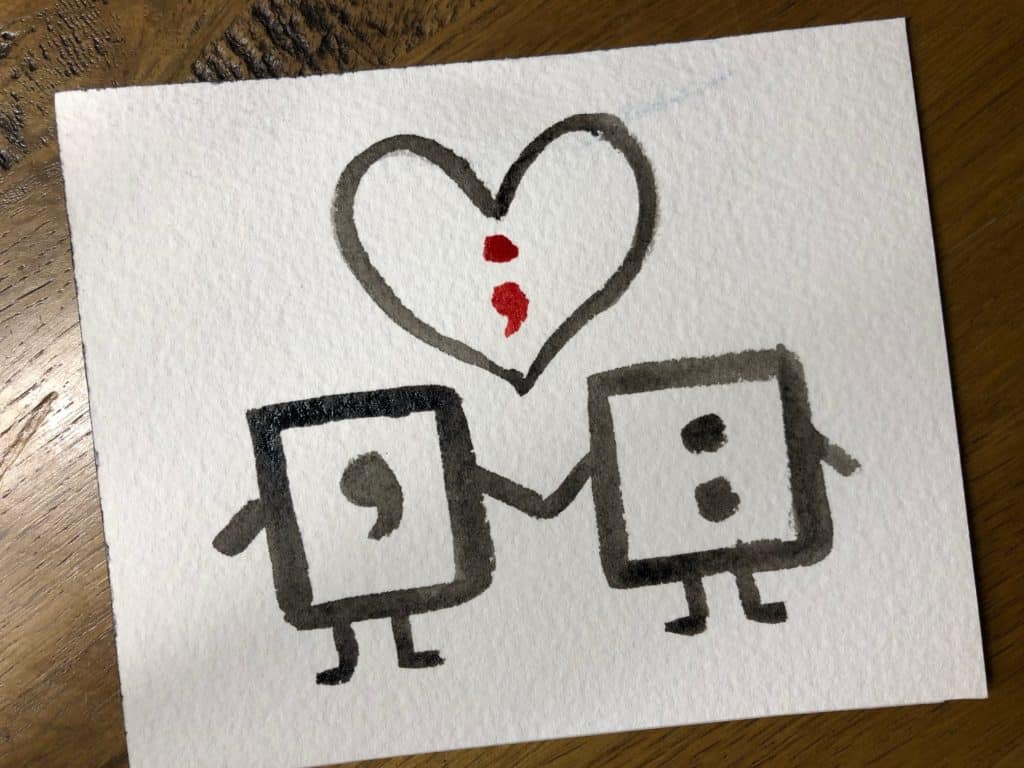 Loved and loathed, sexy and sinister may not be modifiers that come to mind when you think of the semicolon. Cecelia Watson argues otherwise in her deep dive on this misunderstood mark, concluding a decade of research, tracing its birth to 1494 in an Italian essay on climbing Mount Etna, along with its rise and long-awaited-though highly-unlikely demise. Classic and contemporary writers, or those she dubs Semicolon Savants, employ it with panache; as you may wish to as well, if you want to tap into the full arsenal of punctuation in your toolbox.  Why? To write with clarity and style.

But sexy? Read on. 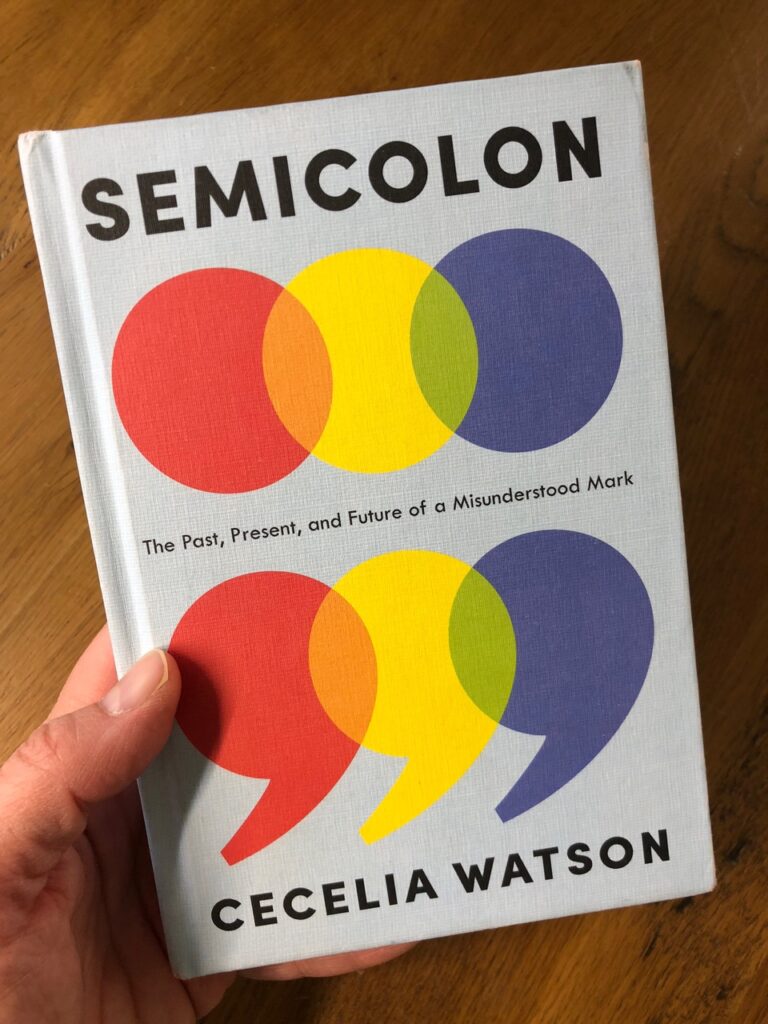 Semicolon: the Past, Present, and Future of a Misunderstood Mark by Cecelia Watson is a quick 188 pages about semicolon history, legal cases, and literary examples with a surprising conclusion.

As readers might imagine, there is more to the semicolon than meets the mark. A self-admitted grammar fetishist, Watson traces much of the grammar schools, rules, and books to sales and snobbery. In the early days, writers used punctuation as they wished, a kind of tool box for the musicality of language, the prosody, or rhythm of the writing.

In the 1800s, the demand from educators and parents to ‘scientize language’ with rules spawned an industry of grammar books. The Chicago Manual of Style as a current example is in its 17th edition and 1146 pages long. Today, online apps like Grammarly use Artificial Intelligence to review your writing.

Watson shows that prior to nineteenth century, scholars advocated for personal taste and judgment as a guide to punctuating. How simple and revolutionary! 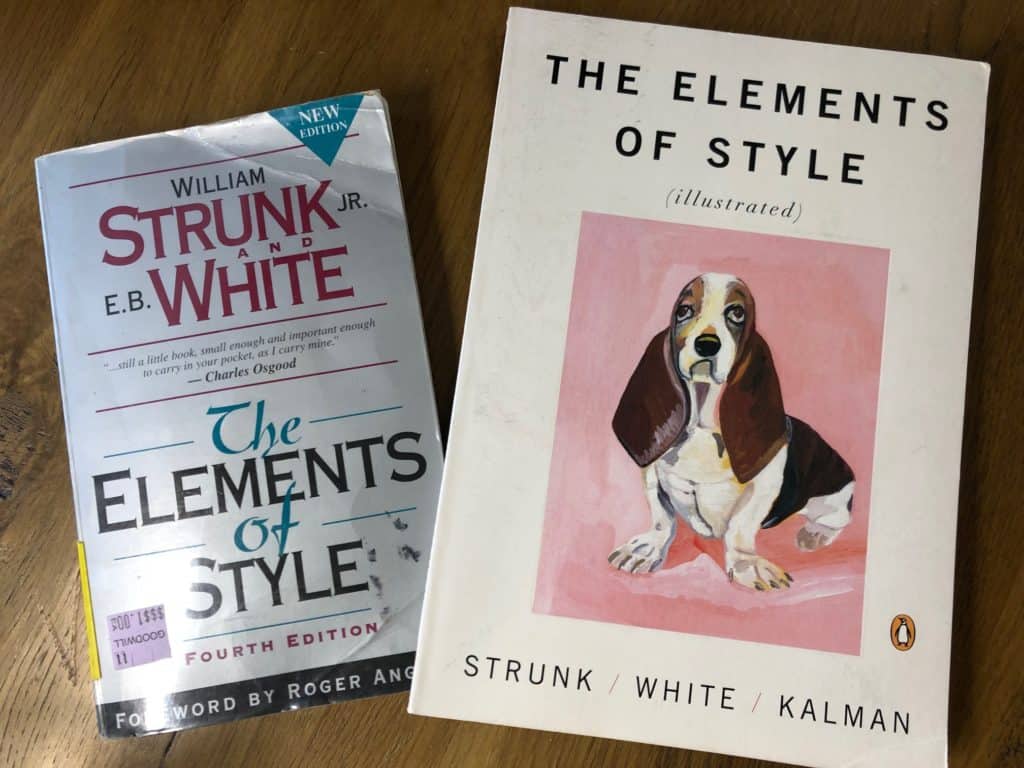 Grammar and style guides have survived decades but few have an illustrated edition.

What You Need to Know

Manuals and guides abound, but let’s keep it simple. The classic, The Elements of Style by E.B. White and his old Cornell professor, the steel-rimmed spectacled, master of brevity and clarity, William Strunk Jr., is 85 pages short! And, that’s after White added a chapter.  Yes White is the great essayist, and author of Charlotte’s Web. These authors know of what they write. The men are deceased but I write of them in the present tense because the writing is very much alive. More importantly, they shared a sympathy for the reader: keep the burden light.

Here’s what they have to say on semicolons.

Elementary Rules of Usage #5: Do not join independent clauses with a comma. (p. 5-6)

If two or more clauses grammatically complete and not joined by a conjunction are to form a single compound sentence, the proper mark of punctuation is a semicolon.

Mary Shelley’s works are entertaining; they are full of engaging ideas.

It is nearly half past five; we cannot reach town before dark.

Strunk goes on to conclude that this simple method of indicating relationship between statements is one of the most useful devices of composition. Indeed!

When the Italian humanist Aldus Manutius created the first semicolon over 500 years ago, he combined the comma with the colon, creating a pause longer than the comma and shorter than the colon and the period, or full stop.

And as George Orwell concluded in his notable essay, Politics and the English Language, in the sixth rule of his six writing rules. (Link to rules)

vi. Break any of the rules sooner than say anything outright barbarous.

It’s a hard-won claim for the grammarian, but let judgment and personal taste be your guide. Have a novel way to employ the em-dash, the semicolon, the parentheses? Have at it. 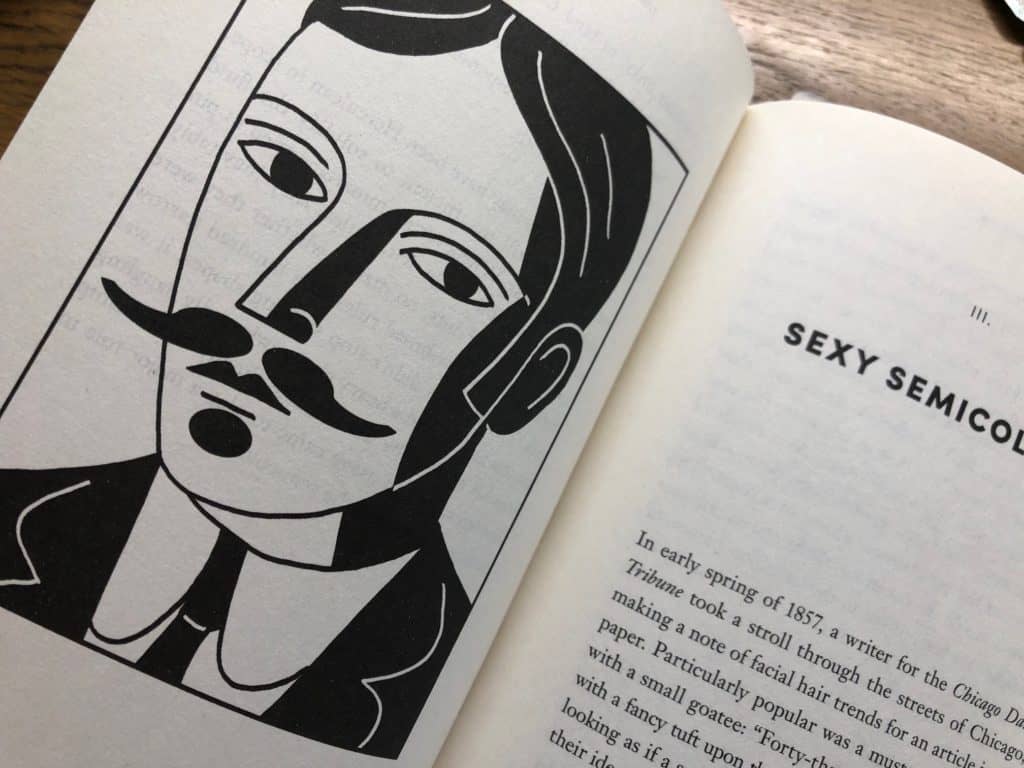 Watson writes that semicolons were trendy!

At last. Watson shares reportage from a writer who takes note of facial hair trends on his stroll through the streets. His article appeared in the 1857 Chicago Daily Tribune.

Forty-three wore the moustache with a fancy tuft upon the chin, but with smooth cheeks; looking as if a semicolon was the best representation of their idea of facial adornment.

I will keep an eye out for men’s evolving facial hair fashions. As for the semicolon, it has survived half a millennium; whether you’re a grammar hippy or a grammar nazi, it’s likely here to stay.