Giving Thanks in 2019 – Looking Back on Life’s Big Questions

Each year at this time I give thanks for my blessings. Some years the mire and muck in life make that harder than others. This year, a blessing came as a surprise. I had a chance to talk to a friend’s mother who was in hospice at the end of a five-year struggle with pancreatic cancer.

The woman’s name is Sandra and here are some things she shared.

Sandra said she had a really special year because her son had scheduled each grandchild to visit with her separately. Most of the time she saw them together. Visiting this way allowed her to spend time individually with each grandchild. 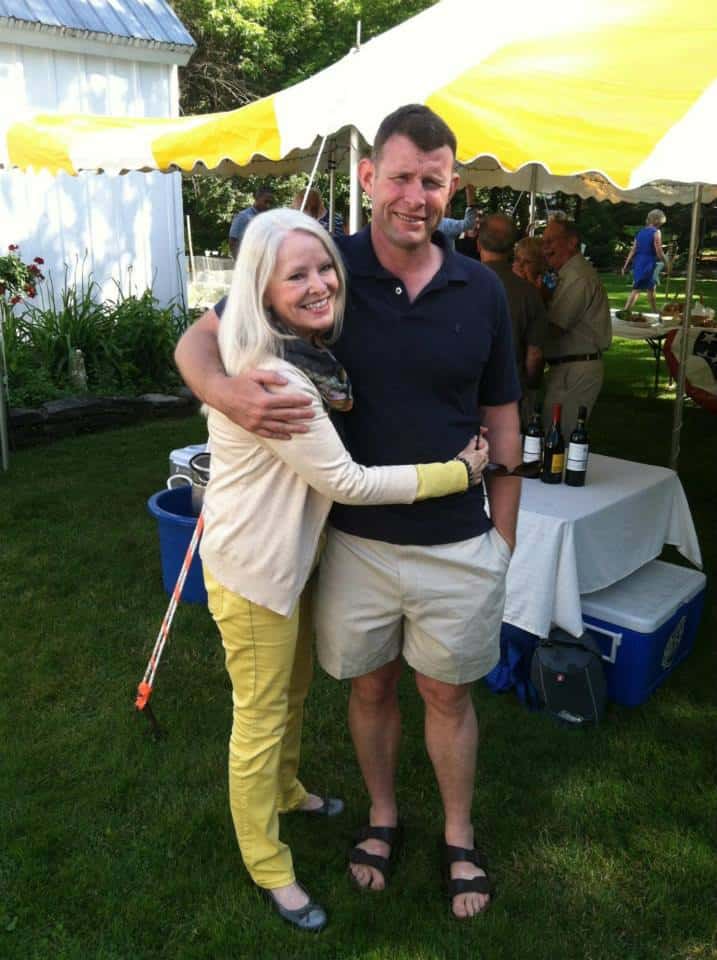 Sandra with son Ken at his promotion party, 2013

Sandra turned seventy this year and had been a single mother raising my friend Ken. It was interesting to listen to her stories. Her voice was strong, her thoughts well-organized, as were the things she chose to tell me. She said, “I’m in a hurry right now. There’s just so much I want to teach my grand children. Every minute is a treasure.”

She’s never made things about herself. She’s made a life taking care of her son, doing things for others. At this final stage, she said, “It’s all about me.”

She believed self-awareness was key. She took time to share her struggles, the most difficult things and stories, candidly with her grandchildren.

Sandra said she had a great childhood, good parents. She and her siblings were “just simple kids” and childhood was different back then.

ON FRIENDSHIP AND LOVE

She said, “Friendship –  it’s everything.” A friend gave her this quote, “Friends are the family we choose.” And it was displayed in her home because she knew it to be true. As a single mother in California she realized how important friends were. She had no family there.

Sandra learned something about herself. She said that she had, “Love in my heart, for ideas and for people.”  And she had asked herself whether it was a true thought, a valid idea. She emphasized this.  She had asked further, “Does everyone else have this?” And she assumed that everybody else was like her, that they were the same.

She had a shotgun wedding and the marriage didn’t last. Her parents were encouraging but they cut her off, because that was what was done in the sixties. Her college fund stopped. She knew she would have to go it on her own, so she went to California from Illinois. She began a new business as a single mom. 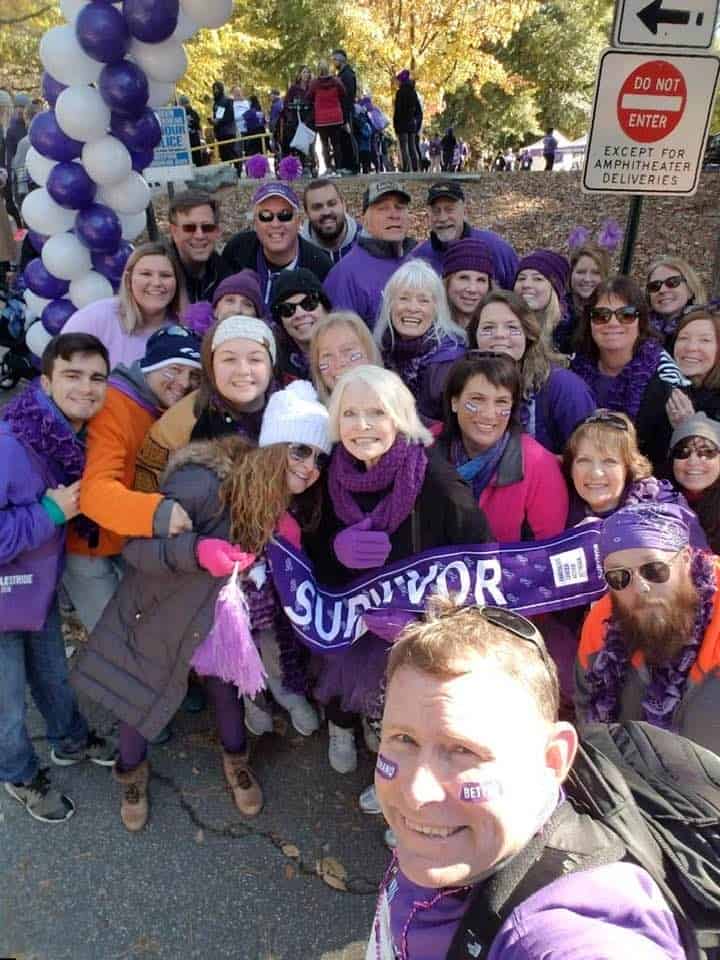 NO ONE GETS BY UNSCATHED

”Each of us goes through this Life and there are smooth parts and huge blips. No one gets by unscathed. Build your character in the smooth times. Make it through those blips, period.

”Know that you’re not the only one.”  She said that multiple times in different ways. “I’m not the only one, this could be part of God’s plan. In that building of yourself in smooth times… that makes you strong. But, the key thing is, do not make it all about you. Everyone must die. And, every day you have a choice. Make the choice for Joy every day.

“You have a choice. Make the choice for Joy.” 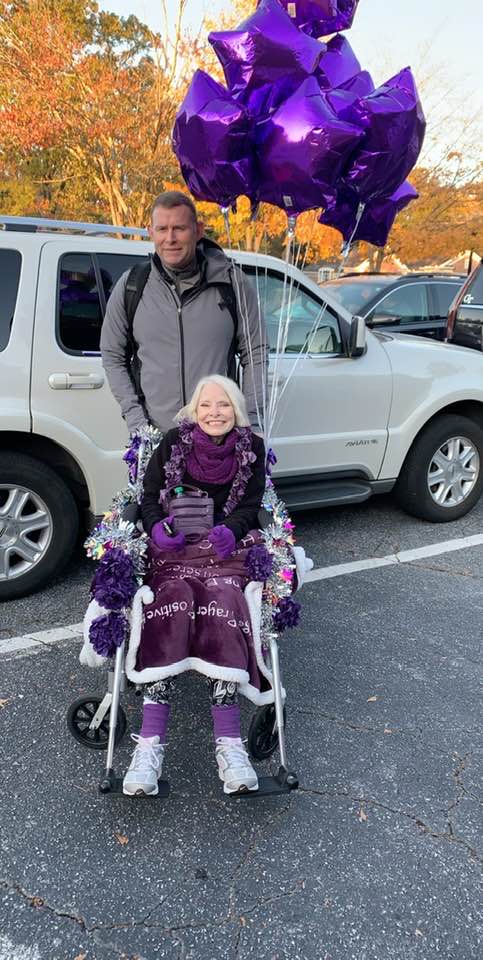 People she knows from years ago, decades ago, were still caught up in their anger. Life goes on. Sandra said, “To get over it, because it’s really about the search. The search for great wisdom. You must be open.”

When I asked her about regrets she said she had no regrets. Oh, she could’ve done things better. She could’ve handled things better. But she lived by example in her search for enlightenment or joy or wisdom. People have requested private interviews with her, personal meetings. They’ve been inspired and want to understand, to learn from her.

Sandra lived by setting simple little goals. As a young woman trying to make it on her own with her son she was proud when she could save twenty-seven cents on her budget. “Set little goals and go through that next day, the next week, a little bit at a time. When you see that you have success, you feel good about yourself.”

I asked her about her greatest achievement, about her life or profession or her family. She said it was to raise her son Ken as a man in this world. To bring forth this good person. She was also proud of Joel who has been like a second son to her and a brother to Ken. She had taken Joel in and chose to love him.  She said how proud she was of these two men. For that she was most grateful.

Sandra said people told her she was an old soul, and an old soul meant that she had lived more than once. She laughed then, and said, “Every step of the way has been a challenge. I’m not sure about that. If I’d done this before, it would’ve been easier.” 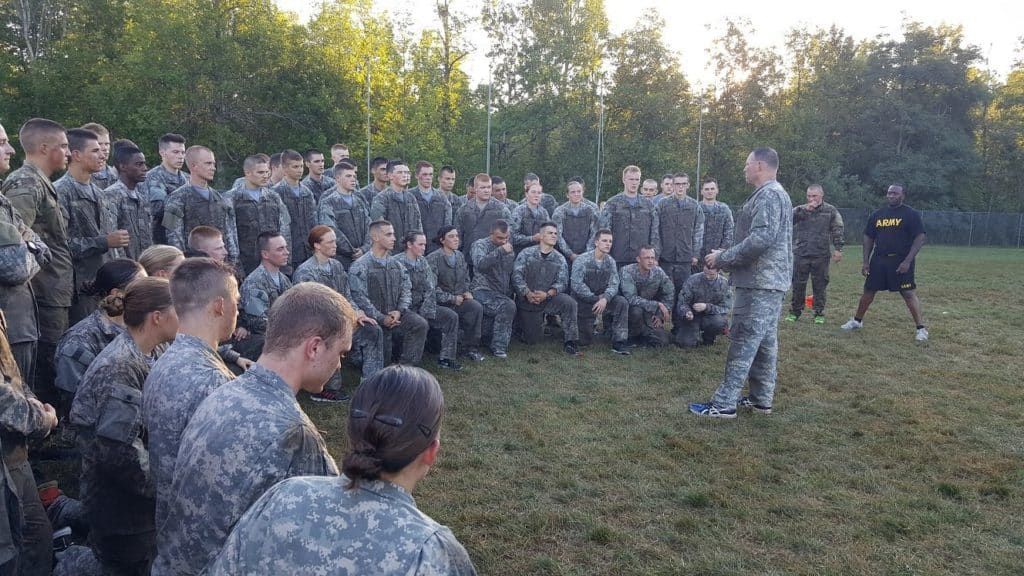 Ken leads by example and talks with ROTC cadets.  A man in the world. 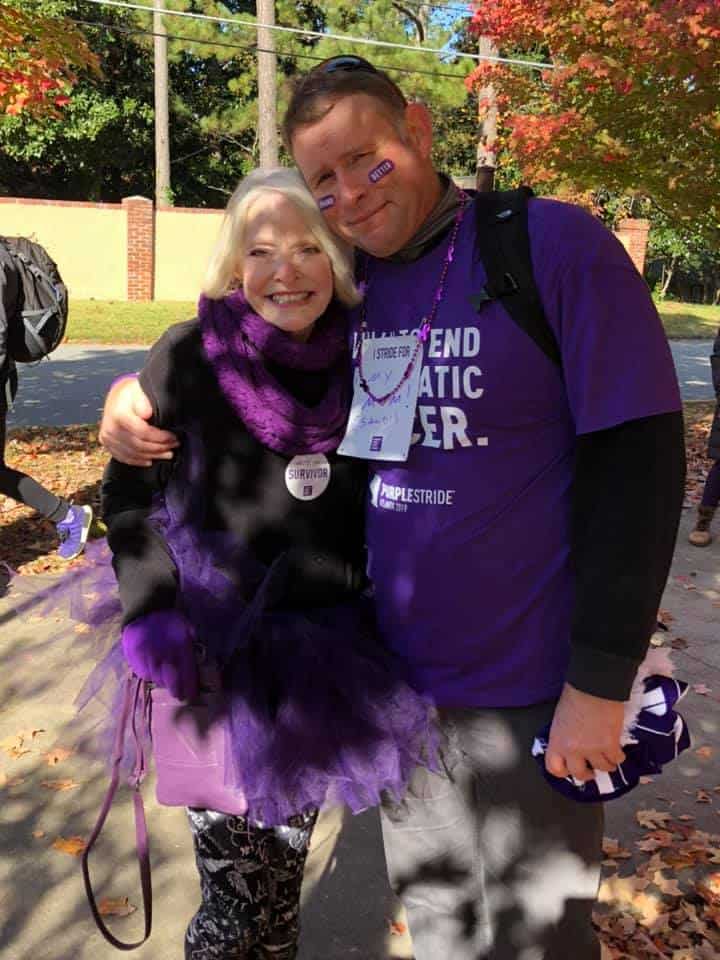 I’ve talked with Sandra twice and we’ve also been writing. What she shared has stayed with me.

I awoke this morning and walked into the treehouse which is behind my bedroom. The horizon was a rose-colored glow in the poplars, their branches silhouettes, like arms reaching skyward. The leaves were all gone. In Connecticut where I am surrounded by broadleaf trees, the bare branches in fall let the sunrise shine through.

This reminded me of Sandra. A brilliance in the autumn of life. 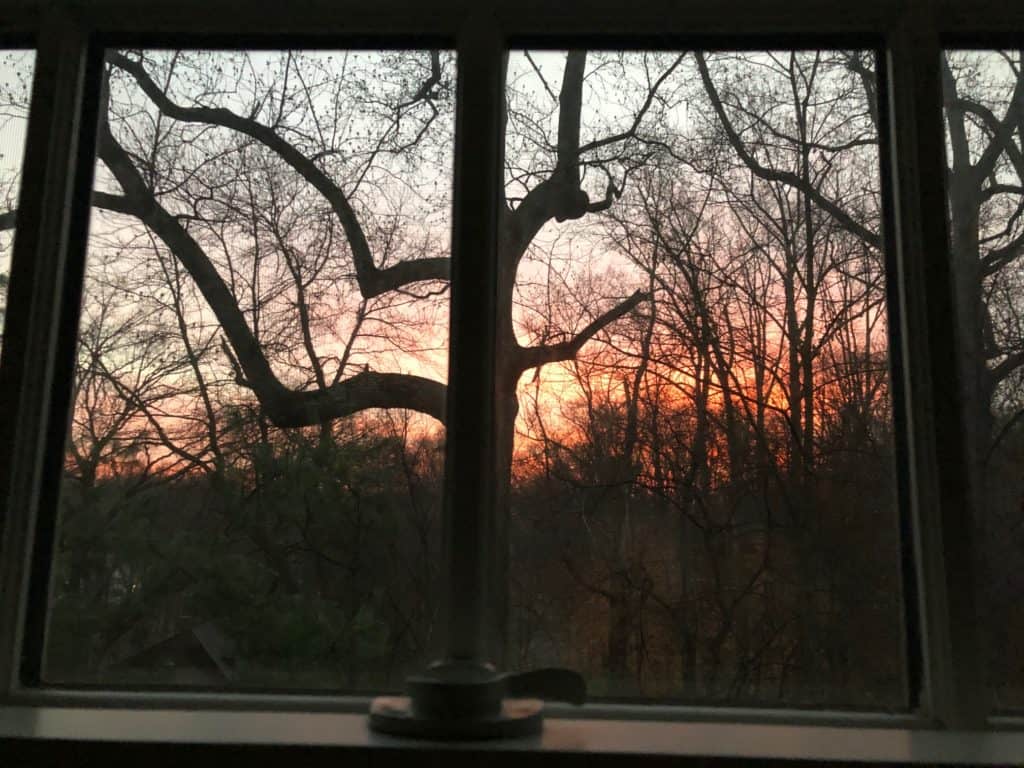 Thank you, Sandra. Thank you to friends and family for your kindness, for joy, for love.