We stayed in Old Town Alexandria this past weekend for a very different reason than the multitudes heading south from New York for the inauguration and protest march.  We went to a volleyball tournament at the National Harbor Gaylord Convention Center.  Even though we spent most of our time watching matches, the energy and excitement of a new president were palpable.

OF HATS AND CATS

In Old Town, visitors congregated in the hotel lobby, in the eateries and stores along King Street.  We missed the inauguration and stayed in a hotel with women protestors; many still wore their ‘pussyhats’, a term coined by the creators of hand knitted pink hats with ears, a symbol of opposition to President Trump and his campaign, Make American Great Again, often seen on a trucker hat.  Protestors wore the “pussyhat” to show support for women’s rights, denounce Trump, and remind us of his vulgar usage of the word in 2005.

“The idea is both a play on pussyhat, pussycat, and also references the hot mic from the ‘Access Hollywood’ video. It does reference Donald Trump and those comments, but it’s also so much more,” said Zweiman. “It’s reappropriating the word ‘pussy’ in a positive way. It’s a pussyhat — one word. This is a project about women supporting women.” (CNN Pussyhat Project Tops off Women’s March)

The women protesters were energized and chatty at the Mom and Pop’s Ice Cream Shop. Just up the street, one of the busiest stores sold inaugural items and was full of Trump supporters, men and women. 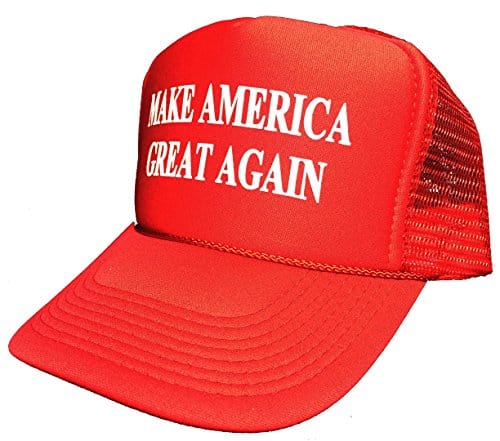 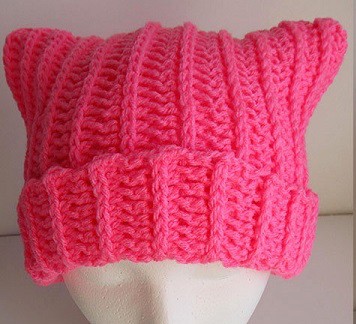 On a lighter note, we saw our country divided in another way during this trip. While eating lunch with my mom, we noticed a young couple and their baby. The man wore his Patriot jersey and hat and his wife wore her Steeler jersey and hat.  We said hello to them on the way out, suggesting that at least someone will be happy.  They laughed, clearly used to the rivalry, dressed for their team.

Rivalry and spirited debate are the hallmarks of an open society, from our nation’s founding through present day. And diversity is more than skin color, anatomy, and economic background, it means diversity of thought which is truly what makes us human, how we think about the world and each other, our beliefs, experiences.

The challenge is not only to listen to someone who looks different than you, but to listen to someone who thinks differently. The institutional and cultural cloud of political correctness has become so insidious, that our higher educational facilities routinely set up Safe Spaces, Trigger Warnings, and ruminate over micro-aggressions. The stifling of intellectual freedom and expression is fatal for democracy. Arguably, students should not attend a university if they cannot engage in controversial issues or open and spirited argument.

Congress shall make no law respecting an establishment of religion, or prohibiting the free exercise thereof; or abridging the freedom of speech, or of the press; or the right of the people peaceably to assemble, and to petition the Government for a redress of grievances. ( First Amendment, U.S. Constitution)

I listened to a University of Connecticut professor on the news who explained that all whites are racist and Trump won the election because of white supremacy.  The professor cited research and studies, referring to the power of the elite or the rulers, defining his terms for his argument. The news host did not agree and neither did I. I listened closely and did not follow his logic, but that’s the miraculous thing about the United States. We can disagree.

Friends of mine attended the inauguration and others marched in protest. The dichotomy of ideology and behavior is enlightening.  Yet civil conversation about the problems in our country is nearly non-existent. Social media trivializes substantive issues and while posts and memes may be informative or humorous, others are just ugly and rude.  This depends on your ‘friends’. The failure to engage each other with respect and the stifling of ideas and free expression make a recipe for incendiary rhetoric and explosive actions.

A video of a woman berating a Trump supporter on the plane has gone viral. He sat in silence as she demanded they move him to another seat and out of her space.  She was kicked off the plane amid cheers.

My democratic friends are liberal-minded men and women who have a certain view of the world.  They are, each of them,  good people who want the same things for our families and our communities and our country.  I listen to them for perspectives and insights which are often at odds with my own.  An acquaintance shared this comment on Facebook.

“I met people at the march who had voted for Trump and wanted to have a dialogue so we could hear first hand each others’ perspectives. Best part of the march.”

This is heartening, but my daughter had an experience similar to the man on the airplane: her friend announced on social media that she would never be friends with anyone who voted for Trump. My daughter is not old enough to vote, but the post hurt. The harsh reality is that much of America has shunned others whose opinions are unlike their own. This is nothing new, but Trump’s rise to the presidency has made it unavoidable. 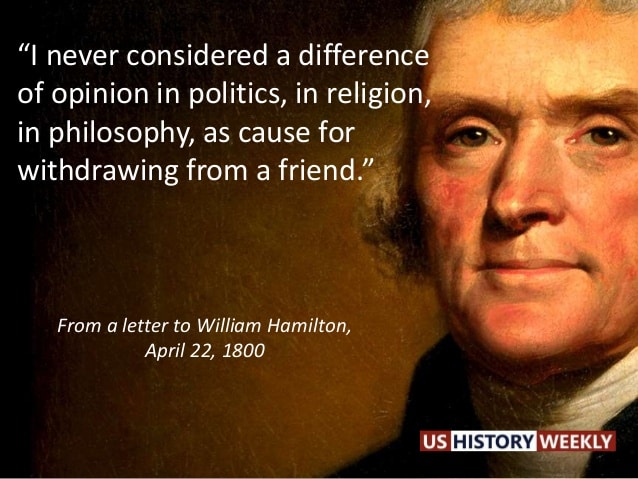 We weren’t involved in the historic events around D.C., but we had an encounter .  We drove our Toyota Sequoia (a very large sport utility vehicle) to the tournament because five of us were traveling with bags and athletic gear, and it’s more comfortable than our smaller cars.  We were leaving town Sunday, the day after the march and two days after the inauguration. The traffic was minimal for a weekend in Old Town at 10:00 AM.

We turned left from the right lane of a main street and noticed a man and  a little girl in her push buggy in the pedestrian cross walk of the side street. My husband braked. We were crossing the left side of the main road we were on, still outside the side street.  The man looked over  and made a gesture for us to stop. I moved my right hand, palm up, above the console towards the right side view mirror, asking him to continue.  The little girl who was ahead of him pushed herself towards the curb.  He stopped and pointed at us, repeatedly, directing us to stop.  The girl was approaching the sidewalk.

I again gestured for him to finish crossing so we could get out of the way of oncoming cars which we now blocked.

We inched forward and were still outside the crosswalk, but oncoming traffic could not pass.  The man was carrying a cup in one hand and raised his voice, moved towards our truck and stood in the lane. The little girl had reached the curb and he was spewing comments at us, pointing his finger.

Mark was speechless, shaking his head.  The man then approached our truck, the girl now on the sidewalk.  He continued with his vitriol, coming closer to the vehicle, he then pulled his head back, leaned forward and spat on the hood of our truck.

Mark was livid.  “He must be a democrat.”

The mood fitting a Sunday morning stroll with child, cup in hand, no work, would strike me as “all is right with the world.”  But our presence was ruining this man’s morning. Mark and I are fairly easy-going, but as army veterans, we won’t sit around and witness an injustice, and spitting on someone is a bodily assault. This was our truck not our person, but I was worried what might happen if Mark got out of the truck.  I admit it, my lesser self acted, the outrage I felt for this undue attack, the nasty behavior modeled by a man before a little girl.

I rolled my window down after he spat on the truck and started to walk away. He continued to mutter vile things.

He was quiet, had to turn his head twice, clearly thinking of how to follow-up after spitting on our car.

That’s what you call Spittin’ Mad. I’m not sure if he hated the sight of us and our out-of-state truck, that we stood for everything he hated, or he felt we intended to mow down the little girl. We never entered the cross walk and waited for them to cross.  He chose to berate us and block us, rather than join the little girl and progress across.

When I walk across a pedestrian walk and there’s a car turning, I usually hurry my children along or I hurry across myself.  I often hold my hand out and nod, thanking them for waiting, even though I know they are required to by law. It shows respect for the other person.

No one group has a monopoly on bad behavior.  Grievances and victims are real and so is crude and criminal behavior.  It’s been months since the election and the violence and nastiness do little for anyone’s cause.

In the aftermath of an historic election, many individuals continue to peddle their wrongs and issues, not for justice, but for attention and sympathy, and as Booker T. Washington noted, maybe even because “it pays”.  These bad actors need to leave the scene and let the good citizens of a democracy get to work.