A Story Fit for a King

Long ago, two royal suitors proposed marriage to the daughter of the King of Epidaurum who decided that whoever performed the better deed would win her hand. One man set out to sea and brought back the finest cloth in the world and the means to produce it, the silkworm.  The other suitor chose, instead, to bring water to the town, and channeled it from the mountains for all to use. In performing this vital task, he curried favor and won the contest.

When the day came to open the well, the young bride pulled up the first bucket of water and was bitten by a snake planted there by the spurned suitor.  The beautiful Cavtislava never tasted the water’s sweetness, but the town Cavtat was named for her.

Our guide Ana told us this story when we visited Cavtat, just south of Dubrovnik in Croatia. She pointed to the statue of Valtazar Bogisic who was a notable lawyer and sociologist.  His library contained manuscripts with tales of the region and variations on this story. Konavle is rich and fertile from the mountain waters and is an agricultural region of Croatia, full of vineyards and crops. The town Cavtat is the center of Konavle (derived from Italian for canal) and was once known as the ancient Greek and Roman city Epidaurum.  (Traces of Oral Narration in Konavle, Boskovic-Stulli ) 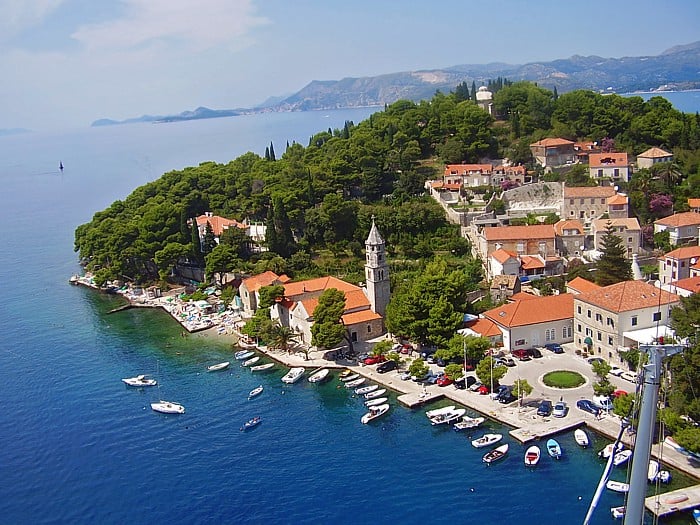 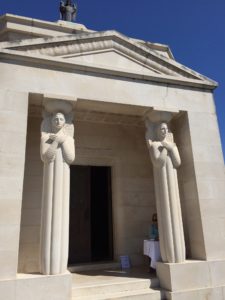 After hearing that fateful story, we strolled along Cavtat’s harbor then followed a rocky cypress lined shore towards the seaside hilltop to visit the cemetery and Racic Family Mausoleum, which brings us to our second tale.

The members of the Racic family were prominent in the community, but the tragedy of their demise would outlive their good deeds. The matriarch asked her friend, the famous sculptor and contemporary of Rodin, Ivan Mestrovic, to construct the family’s tomb. She died last, after her husband, daughter, and son, all from the Spanish Influenza of 1918.

These are the facts. Yet the construction and design say so much more.

According to local lore, Mestrovic loved the daughter Marija, who was not known for her beauty but for her sweetness. He carved her likeness into stone opposite a saint whose face bore similarities to his own; they would be with each other for all eternity.  In her hand, he added a flower to symbolize this love. 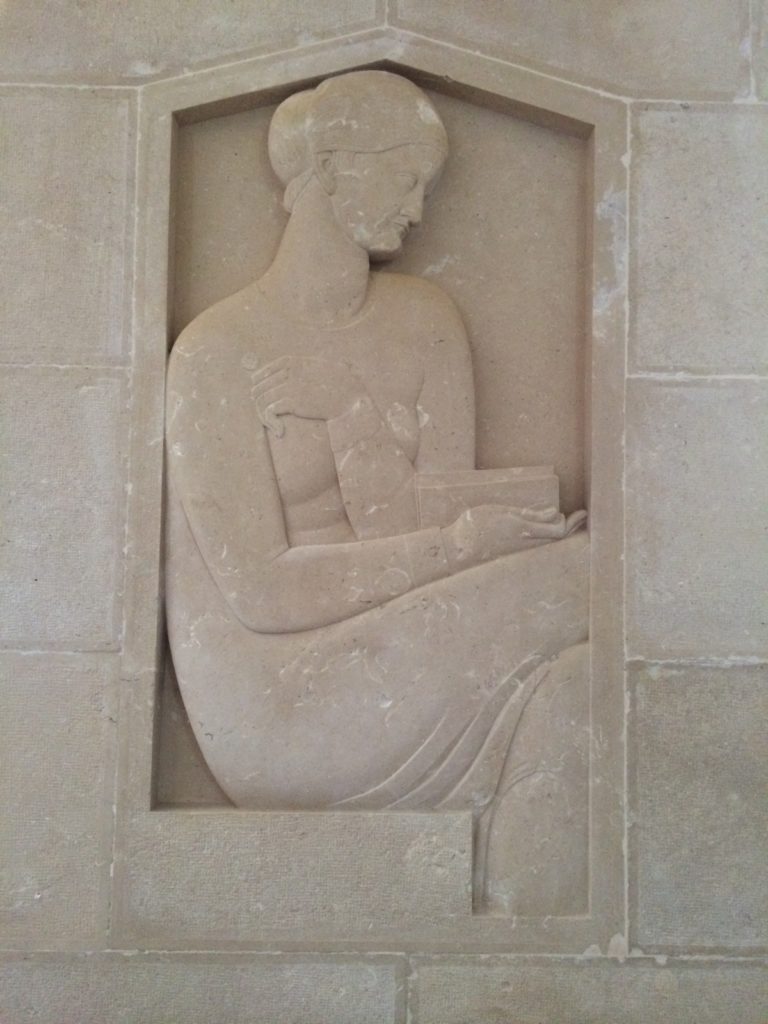 Carved relief of Marija, notice the small flower in her left hand held at her breast

The sculptor spent two years constructing this first architectural work atop the hill overlooking Cavtat. Its octagonal shape and axis forms a cross, housing an altar to the east and chapels on south and north ends. The dome is cut of a single piece of stone and young maiden faces are sculpted into the dome, aging as they ascend heavenward. 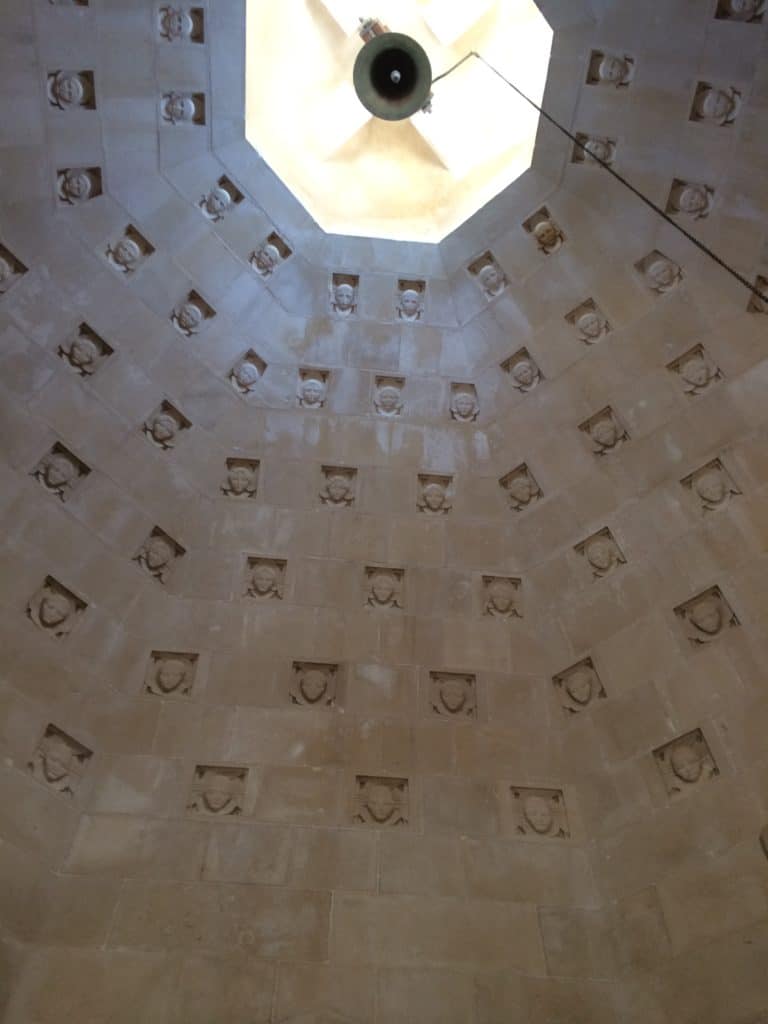 The Racic children never married and the Racic line ended in this tomb, but perhaps Mestrovic believed otherwise.  At the top of the dome is a bell with this inscription.

Discover the secret of love, and you will solve the mystery of death and believe that life is eternal.

Outside, our guide pointed out humble graves which had something in common with the Racics whose family line ended.  On one such tombstone, a monument was erected, as formidable as it is tragic. The stone column reached skyward, but unlike the ornate Racic dome and ascending angels, it stopped short. 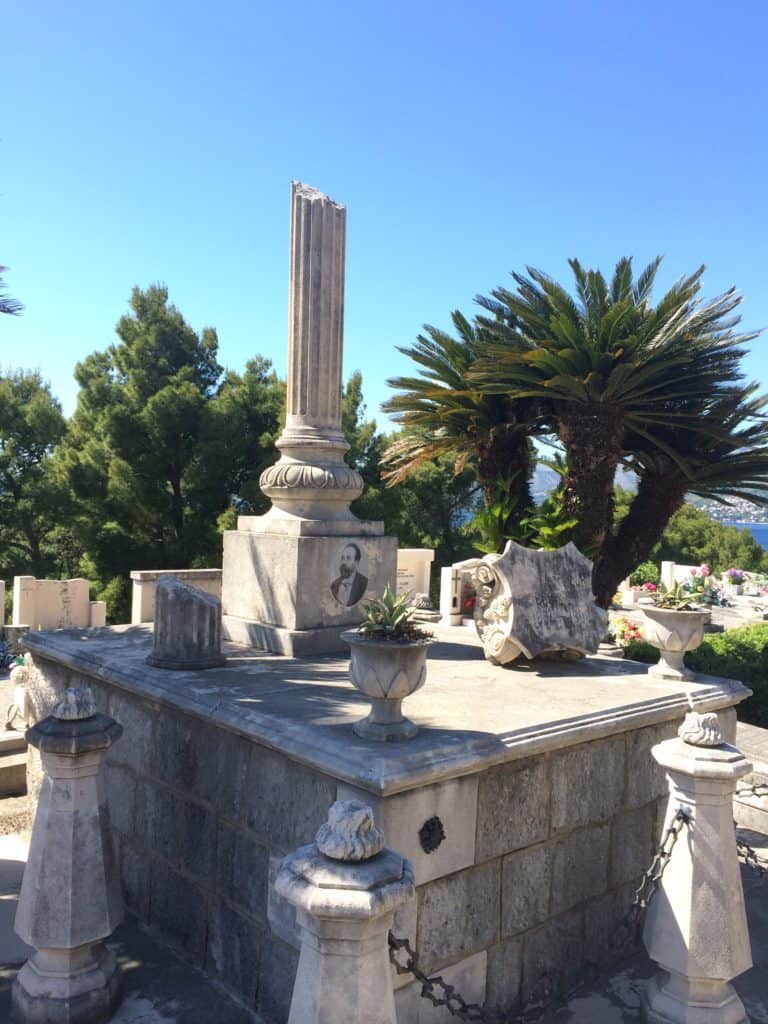 The broken pillar represented the end of the family line

We walked with Ana towards the medieval walls of Dubrovnik, past the “tennis lot” where there used to be a court, and we ran into Luko, Ana’s  boyfriend. We would see him again, but not until our last day.

This is the third story, a modern one. 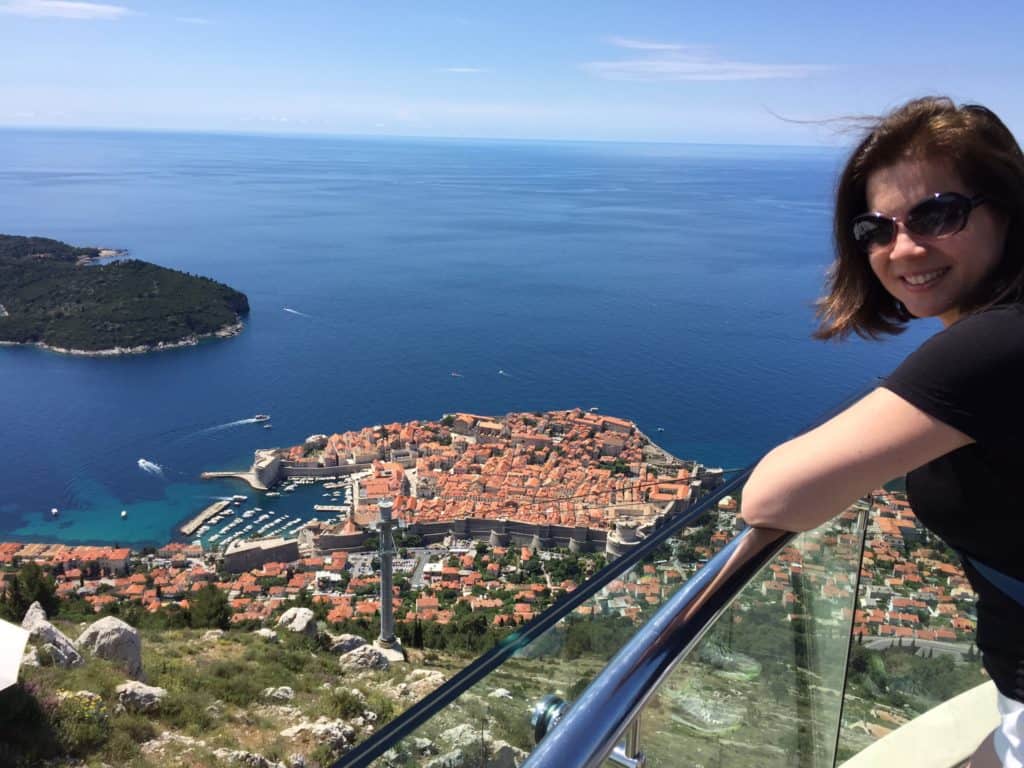 The medieval walled city of Dubrovnik, founded in the 7th century with gates dating from the 11th century. Link to Unesco site

Ana visited her grandmother in Dubrovnik as a child and told us about the war. The Serbs bombed the old city and there’s a plaque at the entrance showing the damage. New stones are evident where shells once hit. Croatia declared its independence from the former Yugoslavia in 1991 and fought for its independence over the next four years. 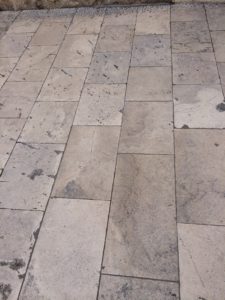 Replaced stone from the war, notice the shell marks on old stones 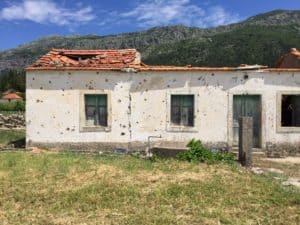 A shelled home in Konavle twenty years after the war

Today, Croatia commands the coastline with over 1100 miles and 1200 islands, enough to allure tourists from the world over and, to bring Ana back to Dubrovnik. She had attended university in Zagreb where she earned two degrees, one in Croatian literature and the other in linguistics and phonetics.

In Dubrovnik, she fell in love with Luko, a second generation artist who has a gallery on Goldsmith Street (Zlatarska) in the old city. Luko prefers photography and sees the extraordinary in the ordinary.  For me, there was little ordinary about this town with its exquisite views, turbulent history, and vibrant people. But when you live in a place, it’s easy to take things for granted.

On our last day, we found the gallery and Ana was seated at a bistro table outside on a narrow stone street, which rose towards the medieval walls.  Luko joined us.  We admired his photography and talked.  Ana gave me a collection of local tales from her personal library.  Touched beyond measure, I was overjoyed by the book, especially one read and loved and worn, because it’s like a friend.

Ana packed up our purchases and I asked Luko about another photo. The picture appeared to be a human form, a reflection or spirit, blurred and mixed with light. It looked otherworldly and glowed in its way.  I asked what or who it was.

“It’s Ana,” he said. Luko captured her image in the reflected water.

Ana and Luko.  Theirs is a love story, the real kind.

There is no deadly snake, no Spanish flu.

Just two people on a journey together.

* The stories related are accurate, to the best of my recollection. Like folklore, they are passed on through oral tradition and Boskovic’s link provides documented variations of the naming of Cavtat. The second story “Eternal Love” is one of Ana’s tales and the last tale is mine. I hope Ana will forgive any deviations or errors. Stories we hear are gifts and once given, they become our own.

* If you are considering travel to Croatia, check in with Lejla Peric at INSPIRATIONCROATIA.com, (lejla@inspirationcroatia.com). Her experience and contacts are the best; each town, each day, and each detail was planned and executed well, and the guides, like Ana, were exceptional.

** Dubrovnik is a filming site for the popular HBO series, Game of Thrones. Our guide in Split said, “Game of Thrones has done more in two years than the last twenty years of tourism.” For fans, there are tours and shops dedicated to the series.