Out With the Old & in With the New

Pruned the Christmas tree today and left the knobby trunk in the stand, because there’s something beautiful about the bones of a thing, like the poplars outside my windows, skeletal and dusted in snow.  Destruction and demolition felt good.  My hand is sore from pruning and I tired about half way around the pine’s middle, opting for the long handled pruning shears to fell the big branches.  I’ve done more gardening in my house than out of it. 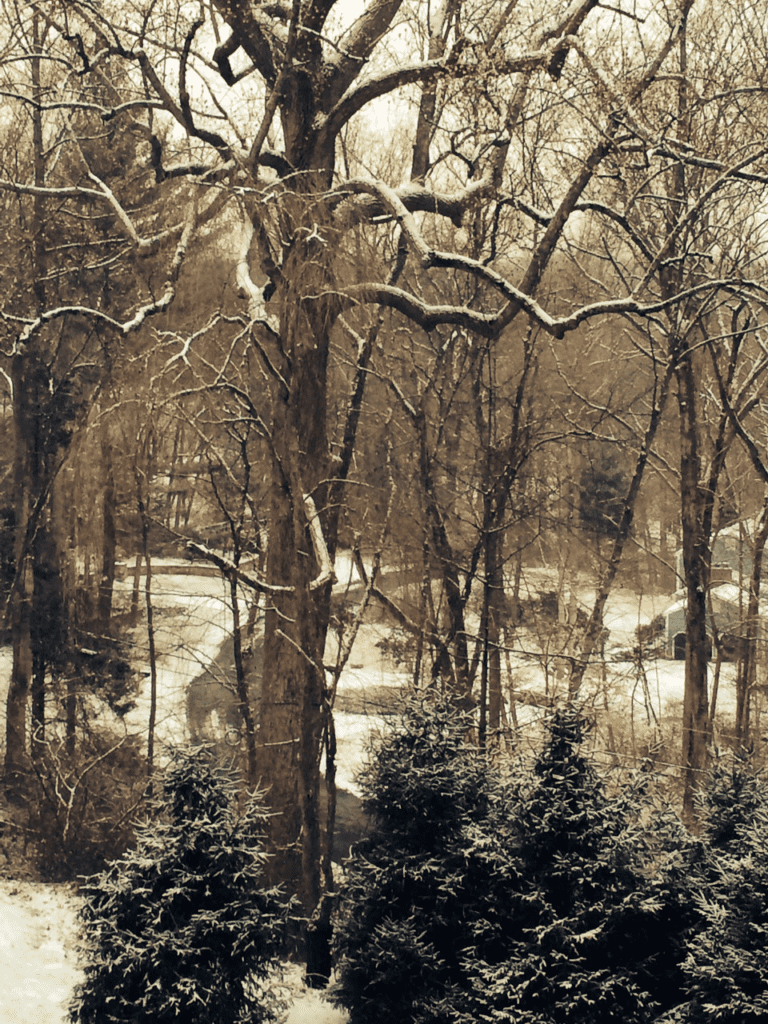 View from the Tree House, the mighty poplar stands naked before the evergreen.

I owe this effort to Carol, who inspired me with a photo of her pruned and bagged tree. I’ve mixed feelings about this new process. It’s an unsettling sight: the holiday symbol of a lit evergreen, stripped of its lights, garland and jewelry, hacked to its spine and limbless, lifeless where there was once warmth and glow.

Pruning had me thinking a lot about 2014. As I bagged the branches, clipped them in pieces, snapped them into the trash bag, I let go of more than the Fraser fir.  I thought about trash day, how I love to feel the Benchmade knife in my hand as I slice cardboard boxes, fold them, stand on them, and stuff them into the recycle bin.  But the tree’s not trash, or at least not that kind.  No.  The last couple of years, taking the tree down left a trail of needles and a trail of tears in its wake.  My children, my child, my teen actually, grew attached to old Tannenbaum.  So what kind of mother would amputate this love, you ask?

For everything there is a season. From seedling to sapling to mighty spruce, the fir and the pine bow and topple to time and in this case, to the timber merchant and to the shears in my hand.

The thing was dried out, brittle, and dead.  The hauling fee is $25 and last year’s fir is still in the woods, decomposing. Wednesday is trash day for the tree, so I decided to pack the decorations and leave it to whim whether I’d prune the tree or put its sad carcass out for pickup. Carol’s photo stuck in my mind and I thought we could cut it up for firewood.  I left my sculpture for the family to admire. 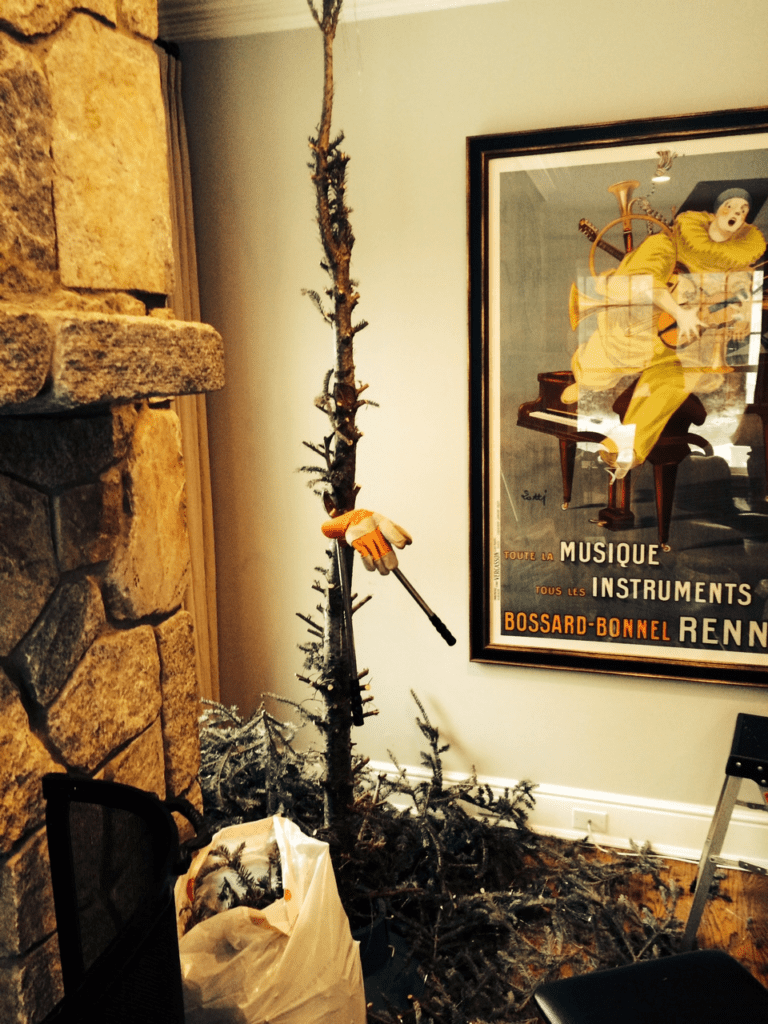 It lived well. Raised on a farm in the western mountains of North Carolina, this fir was destined for the living room, and it brightened our world for a time.

When we light its wood on fire, we’ll make sure to toast old Tannenbaum, our Giving Tree.