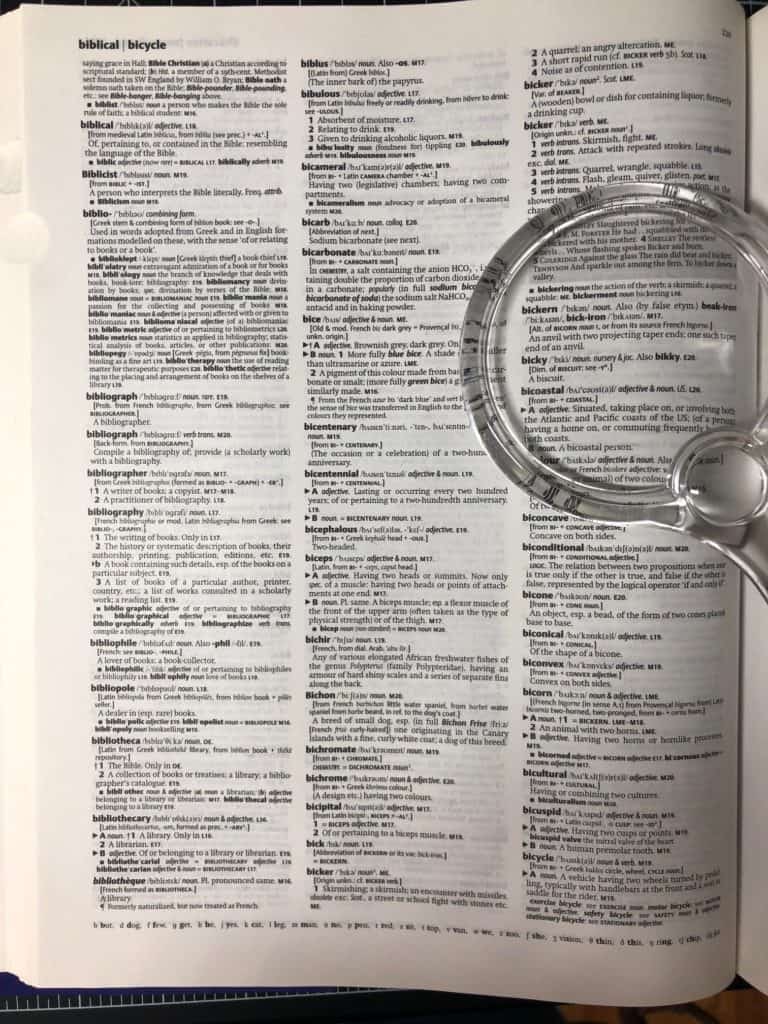 The word Bibliophagist does not make my Shorter OED, 5th Ed (the Shorter Oxford English Dictionary, a gift for my birthday some years ago) though “biblio” entries make up a full column

I have a book problem. It’s a good kind of problem because books teach me a lot and I get to hang out and learn with the best. The books don’t break the bank. But the books might break my back, or my shelves, or my children’s backs should they inherit this burden.

A friend was visiting a few years ago and scanned my living room shelves–book hoarder that I am, this is one of several ‘libraries’ in the house–and he put his hands in his pockets.  Folks display books like trophies, he said. We then talked about the merits of buying versus borrowing, sharing versus shelving.

It was a fair comment. And, it was not meant critically, so I let it sit for a while. I’ve thought more about books and what they are to me; some are friends who I like to visit, others are baggage passed on from people now deceased who were nurturing their own libraries. In that way they’re not much different than say, Grandma Carey’s cut-class candy dish. Who was I to let these once precious possessions go?

Then Marie Kondo came into my world and helped me on my thinking about stuff, even the venerable written word. Books are not created equal and written words or not, some of it is just crap and much of it I won’t read. It is worth noting that Kondo clearly does not digest and appreciate books as I do.

That aside, I followed her advice. Just how much did I need that book? Did it spark joy? A hearty thanks to the the Magic-of-Tidying-Queen since she helped me lighten the load.  Phew. My criteria for keeping books is more expansive than joy. It includes reference books, nostalgia, craft books, subject collections. There are qualifiers, Ms.Kondo.

More broadly, I made a foundational adjustment in my thinking, which is ongoing, maybe even evolving. Books as trophies, books as joy. Trophies I’m not so keen on, but joy yes! I will keep Winnie-the-Pooh and multiple editions of Jane Austen’s books and Edgar Allan Poe collections.  And anything I relish or like to go back and read.

More often now I consider if I should get a title from the library, knowing that if I do, I can’t write in the book, or have it available to go to with ease.

Do you know the difference between a bibliophile and a bibliophagist? 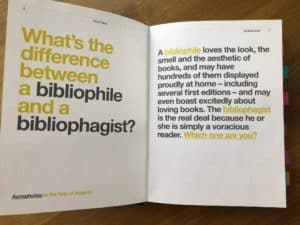 Word Nerd by Michael Powell, 96 pages for the hyperlexically (fascinated by letters) inclined, a gift from my daughter, the kind of things people give me

You could be both and maybe I am both. I’m inclined to be more of a bibliophagist, having weighed my ideas of books as beloved objects or signposts of knowledge against what I’ve learned from the author. In this sense, I have a few trophies and they include signed books and first editions. As an aside or non-sequitur, I leave receipts and tickets, book marks and ephemera in the book, many titles harboring a kind of scrapbook of my life between the covers.

I am not as far gone as the Argentine writer, Jorge Luis Borges.  He is both, definitely both. Bibliophile and bibliophagist. In Jay Parini’s memoir, Borges and Me: an Encounter, Parini writes one of the funniest books I’ve read. This scene is heartbreaking and humorous because the tension builds with the characters over the course of the memoir: the horny graduate student and draft dodger of the Vietnam War, and the old, now blind Argentine who wrote books, and wrote of books and libraries. Parini is Borges’ escort in Scotland.  The unlikely duo are traveling in the highlands and happen upon Carnegie’s library, one of two thousand and five hundred libraries that Mr. Carnegie funded, or so the slightly dismissive guide, a Mr. Dunne, informs them, in his tweed suit which Parini compares to the texture of chain mail.

Borges explains that God was the first and only librarian. Then he informs Mr. Dunne that he was Argentinian and the former director of the National Library. A dialogue ensues. Parini serves as Borges’s eyes and brings his hands to a volume of Sir Walter Scott.

He [Borges] plucked a volume and began greedily to lick the spine, his tongue like that of a cat. There was, I thought, lust in his eyes.

“What are you doing, sir?” asked Mr. Dunne. Centuries of disapproval on his face.

“Some books should be tasted,” Borges said. “I like to sample them.” His tongue traced the length of the leather spine.

“This is impossible,” Mr. Dunne said.

Show me into the stacks,” Borges said. “Take me, dear Dunne!”

I felt certain our guide would kick us out of the building, but instead he obeyed, opening the door to a room with a dizzying array of shelves. There were numerous side rooms as well, each of them opening into further rooms. Borges touched one of the shelves, as if finding his way by his fingertips, then leaned his forehead against the spines of several books, as one might lean one’s head against a cross on Good Friday.

Borges gives new meaning to devouring books. And, Parini’s memoir is a fascinating perspective from a somewhat unwilling host of the Argentine polymath and legend. The man lived in libraries, saw the world as a library, and informed Mr. Dunne about the library that went on forever, with no top and no bottom.

“…There are only sides, and rows of books. They speak to us in tongues. It is said that every single possibility of expression will be found in this universe of books.”

And, so it goes with Borges. Maybe even a little bit with me.

These days I don’t worry about trophies. I did the Great Book Purge a few years ago, more than a truckload with all the seats down.  Book stacks have replaced them on the nightstands, in bathrooms, on consoles, tables, and flat surfaces near favorite sitting areas. One year my Mother’s Day gift was a Little Free Library in my front yard, so others can taste and sample them and bring their own. 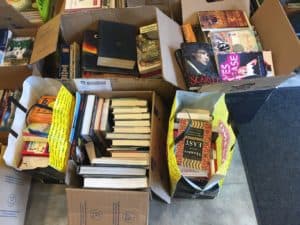 Part of the Great Book Purge 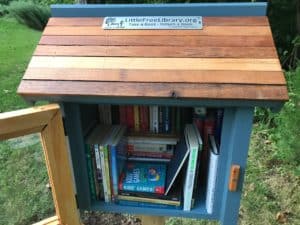 A Mother’s Day gift, a Little Free Library in my yard by the street