One ought, every day at least, to hear a little song, read a good poem, see a fine picture, and, if it were possible, to speak a few reasonable words.  Goethe

The bleachers were full and folks were talking but I didn’t hear a sound. They got up to join their teams. I had a boat oar shaped like a wooden spoon, tall as me. I wouldn’t be joining the other teams. I was headed out to the water with my friend, who had an oar like mine.

Never was one for the water. I love water, don’t get me wrong. But I don’t like being out in it or on it for any extended time. I have a healthy regard for water. It was strange that I would be heading out to row, to be on the crew team.

I figured wrong. My friend and I were welcomed by a boat captain, his face unshaven, eyes dark. Out on the boat we could see a break in the distance, a strip of land maybe or a flotilla, moored in the shallows.

“Is this as fast as it goes?” I asked. The captain’s eyes narrowed. The bow lifted out of the water and we were half way to the break when I looked back at him, worried he wouldn’t make the turn. He cut hard left and my friend fell out, thrown really. I can see the arc of her body, like a swan dive, out and away from us. The water was a great rolling hill of a wave and swallowed her whole.

I was in the water too, but close to the boat.  The captain reached down to help me up and asked about my friend who hadn’t surfaced.

Things were fuzzy. Clock said 6:50 AM and my bedroom was quiet like the bleachers. My friend and I had talked last night, before she showed up in this dream. It was her birthday last week and we chatted. She’s an April baby, born in the month of poetry. If you forget, look around. The world is bursting forth in song: the forsythia with its yellow fingers reaching up from winter’s crypt. The hand-sized magnolia blossoms. A fountain of pink weeping cherry petals. Green poking out on tree branches. Beaded maple leaves unfurling.

The friend of my dream was born ready, paddle in hand. She’s a swimmer; she knows how to swim. Not surprising for me to be hanging near the boat, unsure where my oar was. My friend, meanwhile, taking a swan dive. But you have to go under when you do.

This month, I’ve noticed a peculiar habit of mine. I’ve taken to stowing poetry in odd places. Billy Collin’s Nine Horses (2002)  is in the door well of my car. Under the console parking brake, I have the poet Mary Oliver’s Devotions (2017). In my purse I carry a 1973 bilingual edition of Pablo Neruda’s Love Poems. I can fit it in a zip wallet.

It’s pocket poetry, at the ready, in case of emergency. It’s there, where I can reach out and touch it and I don’t need anything but a minute to rescue me from the mundane, the sordid, the spectacle and the suffering that is life. A paddle for when I’m up the creek or a life preserver for when I get thrown from the boat.

My friend Nan lost her mom this week. She said the hospital allowed one visitor each day because of the pandemic. A kind nurse let her two siblings visit her mom while she snuck into a room next door. Another nurse demanded to know why she was in the staff room.

Unwilling or unable to argue, she said softly, “My mother is dying.”

She was close to her mom and at the end of our phone call she said, “It’s hard to think I will never talk with her again.”

When my own mother stopped by my house the next morning, she looked frail. All 93 pounds of her. I watched as she walked in, slumped and slow. I kissed her cheek.

Such are the times in our lives, sandwiched between youth and age. Children and parents. 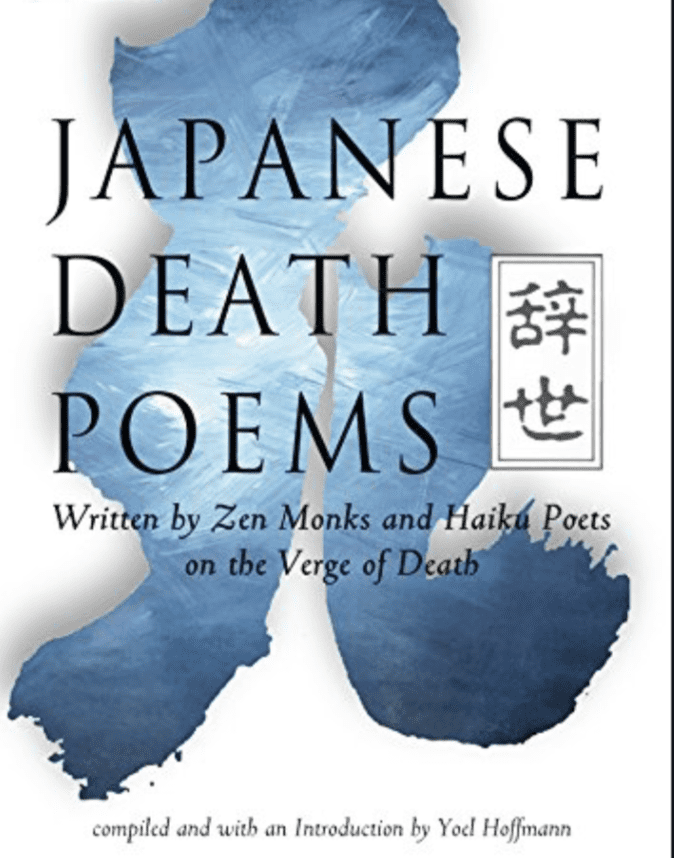 Yoel Hoffmann compiled the extraordinary poems of Haiku Poets and Zen Monks, uttered on the verge of death. They are strangely comforting, in the way that walking in the cemetery can be. Visiting my father’s grave and looking at the names of others who once breathed and walked, somehow makes living more urgent and vibrant. Here is one Zen Monk’s final utterance, translated to English. 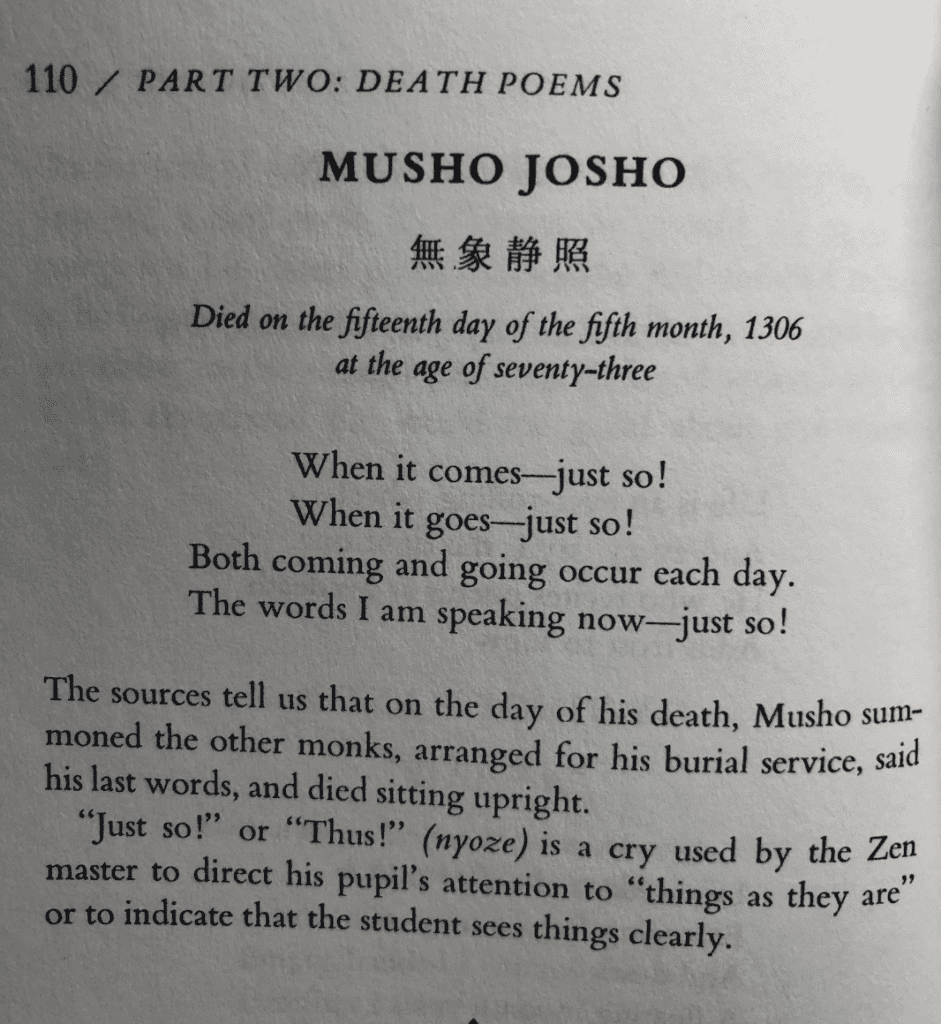 Mary Oliver writes of the ocean and I will close with one of her poems which I discovered in the collection I keep by the parking brake in the car.  From her 2012 anthology, A Thousand Mornings. It seems fitting after my dream.

The sea can do craziness, it can do smooth,
it can lie down like silk breathing
or toss havoc shoreward; it can give

gifts and withhold all; it can rise, ebb, froth
like an incoming frenzy of fountains, or it can
sweet-talk entirely. As I can too, 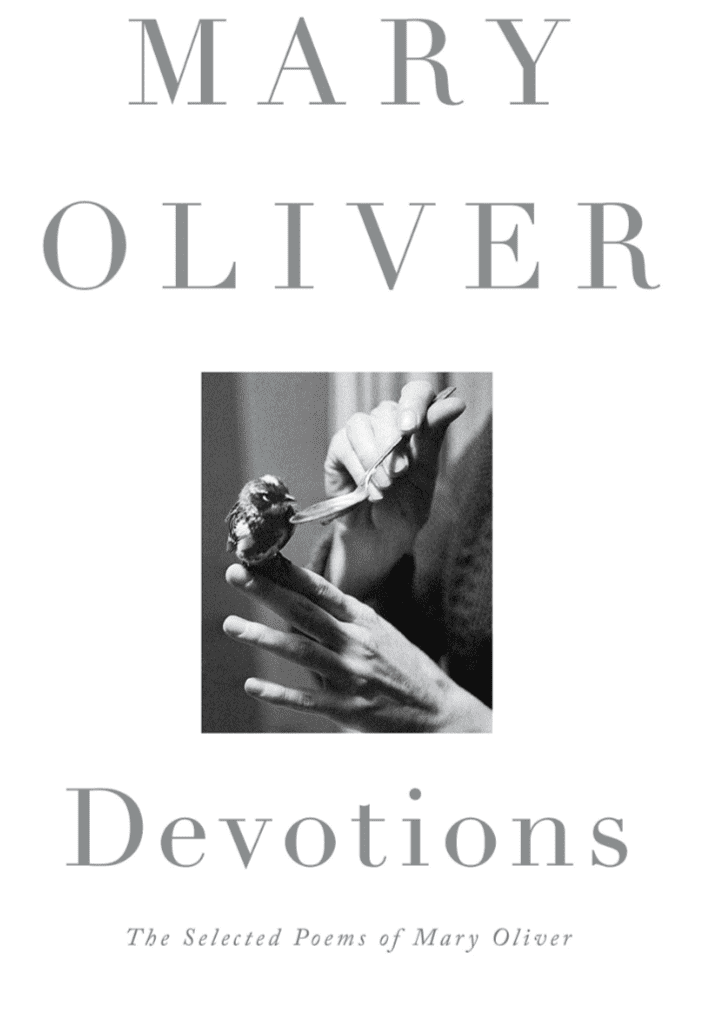 Mary Oliver is a winner of the National Book Award and the Pulitzer Prize. Her work is inspired by nature.

For centuries as part of Japanese tradition, Zen Monks and Haiku Poets would recite or write jisei— a death poem– at the moment of their passing.

The Answer to the last post about Two Truths & a Lie, if you guessed correctly, was all three! The hint  was in the example about Korean Romance in which all 3 were true, and the 3 facts about Whistler in the caption which were true.

If you guessed the story about Ortiz and Lewis as the lie, you would also be right. That story was told to me by one of my soldiers and is likely true though I spun the details for readers. Those who guessed at the names Fred Ortiz & Oggie Lewis would recognize the F-O-O-L as the lie. Happy April!

Two possible correct answers. Ha Ha from the biggest fool of all,