Would You Kneel? A College Coach and a Veteran on the National Anthem

[This letter is inspired by true events. The names and places have been changed and I am relying on mere memory. The details and ideas I relate, however, are fundamental truths for me.]

“Good morning,” Tom said. “I’ve been thinking about what you said. Our conversation.”

Tom and I had met years ago at a college camp though he likely hadn’t remembered. He was a coach from an elite college and my older child attended his sports camp. We knew a lot of the same pros and players. And now, both of our younger children were in competitions together. This particular weekend we were settling in on a beautiful crisp morning near the water, the breeze cool on the skin.

Tom came over soon after I arrived, because he wanted to share something he had on his mind. He said he had decided. But first, let me tell you about the discussion and how it started the day before.

The competition went on for both days that weekend and a small group of  us parents had gotten to know each other after meeting at events. Tom learned during the season that my husband Mark and I had served in the Army and our brothers and children were also in the military.  During a game that Saturday, we had sat down together as we watched the athletes playing.

The exchange went something like this, with me doing most of the talking. I’m not sure I have all the words right, but the examples and ideas, those I know for sure.

“What do you think about kneeling?” Tom asked me.

I wasn’t sure I heard him right and looked away from the players towards him.

“The anthem. I’m kind of tired of hearing it,” he said. I sensed a cynicism in his voice. The glory I’ve always ascribed to coaching seems natural in a society obsessed with sports and entertainment, but a coach has a job like any job, with its petty challenges and people, its routines and boredoms. And how many games did his team play a season and during the year? That’s a lot of anthems. Plus, all the news about professional sports and kneeling.

I looked at the players, nodding in silence as I thought about his question. I understood the tedium in a job and the divergent attitudes he might encounter, about the injustices in society. I paused and breathed in deeply to consider just what the anthem and the flag meant to me; for me they are one and the same. He was quiet and we both looked at the players as I spoke.

Thank you. I’m glad you asked me that question. The flag has a very personal meaning for me. My parents fled communism and I was evacuated from Vietnam. I think as a veteran, one may feel differently about the flag when you think about what it symbolizes and what it means.

My husband and I have had a funeral detail when he was on active duty and if you’ve ever done a funeral detail, it’s pretty tough. You listen to the bugler playing Taps, you present the flag to the survivor in honor of the veteran buried. It’s quite moving. It brings forth an emotion you never forget.

Last year I attended a funeral for an old sailor and friend. They gave him a three-gun salute and they presented the flag to his son. You think about all the things that soldiers and service members have done to honor that flag, to swear on their life to support the nation. Like Iwo Jima.

I received notification of two deaths last week.  I serve on this foundation and we lost two soldiers in California who were part of a flying unit called the Night Stalkers, one of the most elite aviation units in the world, and these two soldiers …one of them so young. He was just in his twenties. When a soldier’s remains are sent home, the caskets are draped in the flag.

I think about my mother’s family who lost her country and came here. What this country and its freedoms and liberties mean …..  I see that in the flag. You know I have two kids who are in the Army and I think about what that means for them, the sacrifice. I know they swore to uphold the constitution, in what they believe to be the greatest freedoms and liberties in the world, in the United States. Even with its flaws.

There’s not a time when I hear the national anthem that it’s not emotional for me, because of this feeling inside. The interesting thing is the servicemen and women in the armed forces who wear the uniform are so few today. It’s called an All-Volunteer Force, the AVF. Since Vietnam in 1973 we don’t have a draft anymore. America is disconnected from its military.

So, this fighting force, these warriors today are willing to stand up and die for those who want to burn the flag, for those very freedoms that allow those who want to, to protest and kneel. And I suppose I’m not any different from the soldier. I would fight and die for anyone in this country’s right to kneel during the Anthem, for their right to protest.  For me, I could never kneel because the anthem, like the flag, is a symbol of all I hold dear.

I am very grateful that you would ask me what I thought. I know that one day your players may want to protest and kneel or ask you to kneel. You may find yourself in a situation and will have to make that decision.

I have a friend who is the chief of police and the town had a protest. There’s no history, no incident of police brutality or anything like that. In fact, it is just the opposite. Not only did Chief decide to lead the protest march but he also chose to kneel. I’m not sure if they played the anthem. This Chief comes from multi-generations of military service.  I have a lot of admiration for him. *

[Since this letter was posted, Chief clarified for me: “I kneeled for the prayer — would not kneel for the anthem.”] 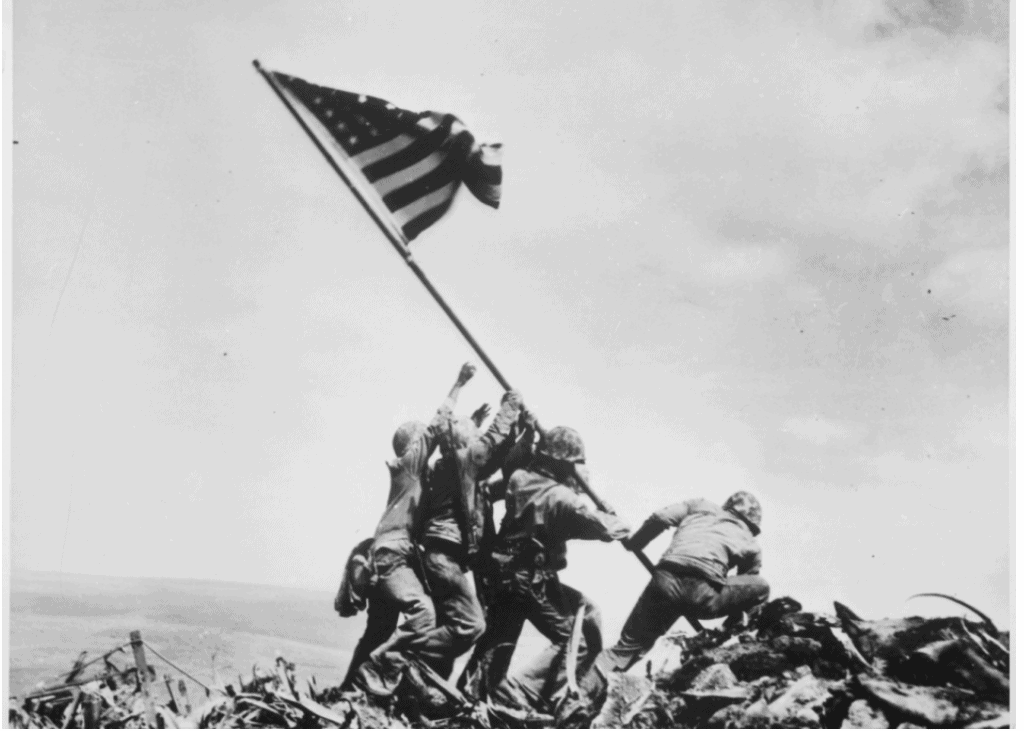 Raising the Flag on Iwo Jima, by Joe Rosenthal of the Associated Press

I stopped talking. Tom hadn’t said a word. I was surprised at how much I had to say, how much I chose to share, and how much the anthem and flag mean to me. He nodded in quiet thought. He had been listening to all I said. I wiped my eye.

I finished, “I am touched that you would ask. I think it’s important that you hear from others, the players who may wish to protest.”

I hadn’t noticed much about the game. I felt a sort of lightness in my body, like I set down something heavy I’d been carrying.

We were both lively spectators and passionate parents. Tom had incredible forbearance, to sit back and watch without coaching from the sidelines. Something he likely couldn’t do anyway. But with his lifetime of expertise and experience, the players would really benefit. He was following the rules of course and he was a professional.

He sought me out the next day, Sunday. He looked me in the eye and said, “I heard you and I’ve been thinking about our conversation. I decided. I will not kneel.”

He caught me off guard. I was silent and I smiled. Coach Tom wasn’t a big man, but he seemed like he was seven-feet tall that day. 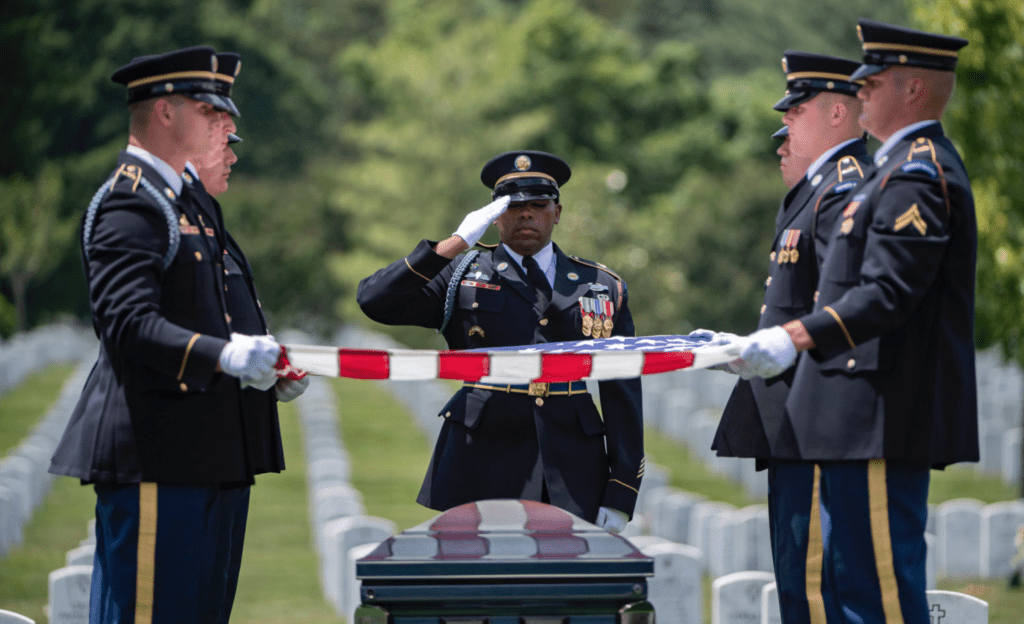 Military funeral honors include the casket of the deceased veteran draped with flag. The flag is then carefully folded and presented to the survivor. 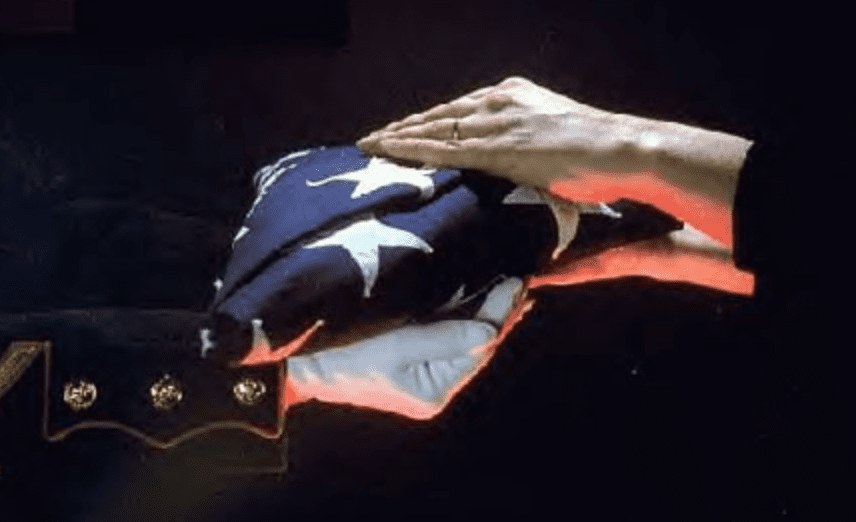 This letter is dedicated to the memory of that old sailor and friend, Ted Varga.

It is also dedicated to the memory of Staff Sergeant Vincent P. Marketta age 33 and Sergeant Tyler M. Shelton age 21 of the 160thSpecial Operations Aviation Regiment (Airborne) or SOAR. Together these two men served a combined 1,800 total flights hours, 800 hours under night vision googles, and 300 hours in combat.

My thoughts and prayers go out to their families.

Rest Easy in a place of honor. We will never forget you. 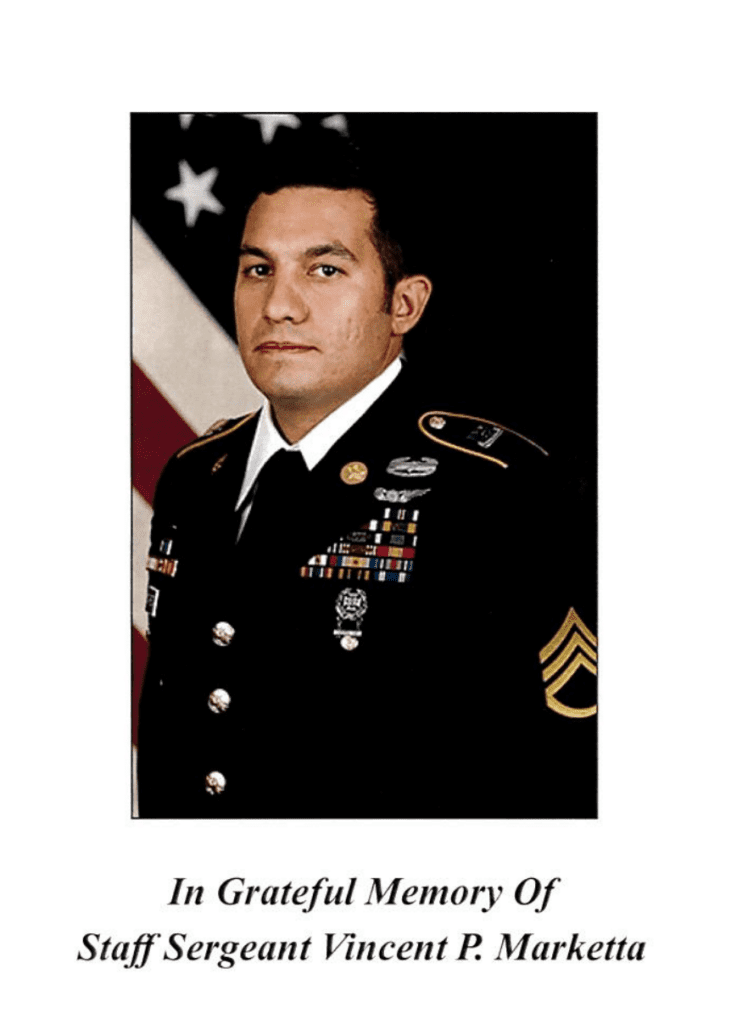 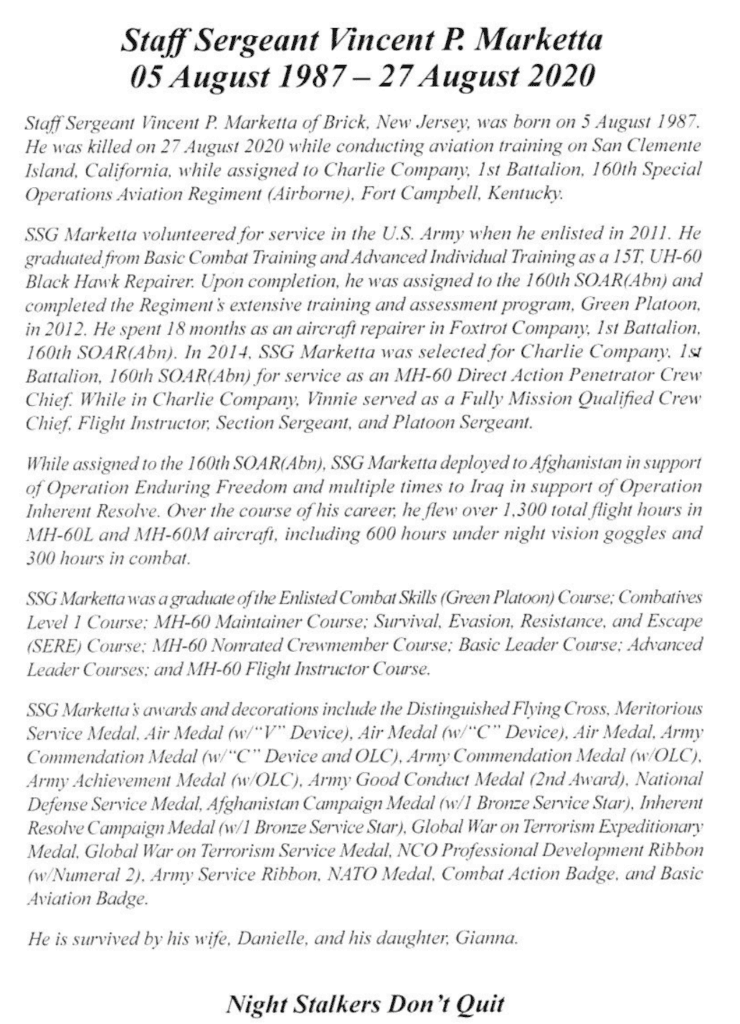 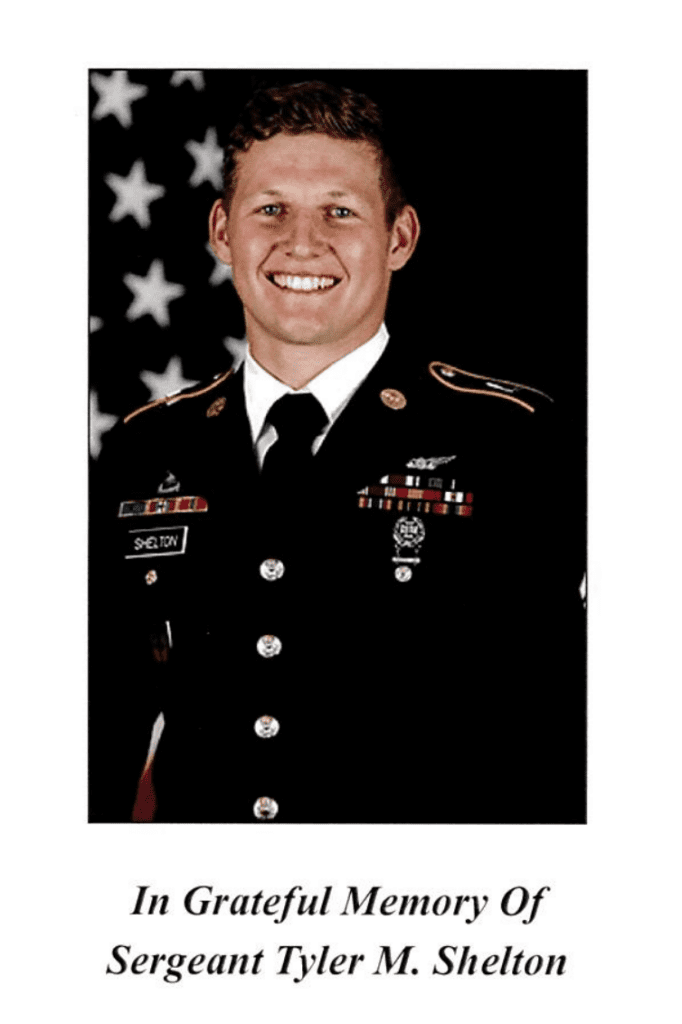 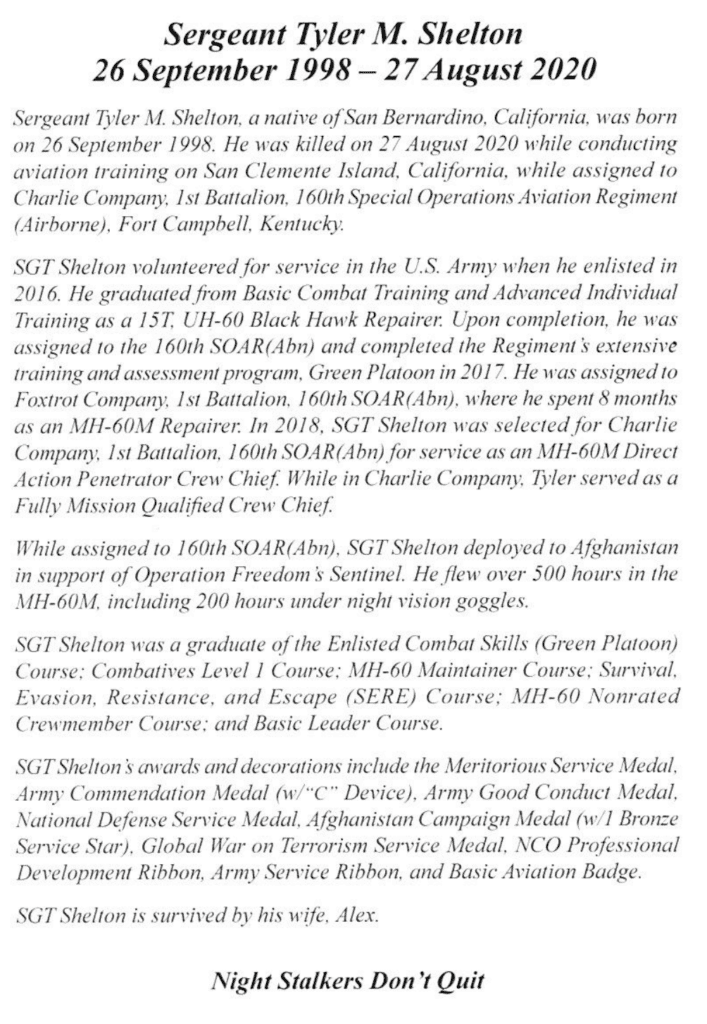