The Labyrinth, the Mind, the Imagination – Ficciones by Jorge Luis Borges

Quain was in the habit of arguing that readers were an already extinct species. [Babylon Lottery, Ficciones]

Then Bioy Casares recalled that one of the heresiarchs of Uqbar had stated that mirrors and copulation are abominable, since they both multiply the numbers of man. [Tlon, Uqbar, Orbis Tertius, Ficciones]

This summer I reread Borges, the Argentine titan of literature. Today is his birthday so I thought this the perfect introduction. Warning: the reading is not easy, but the stories are brief. They will stay with you, challenge you, change you. Here are my thoughts on the collection. 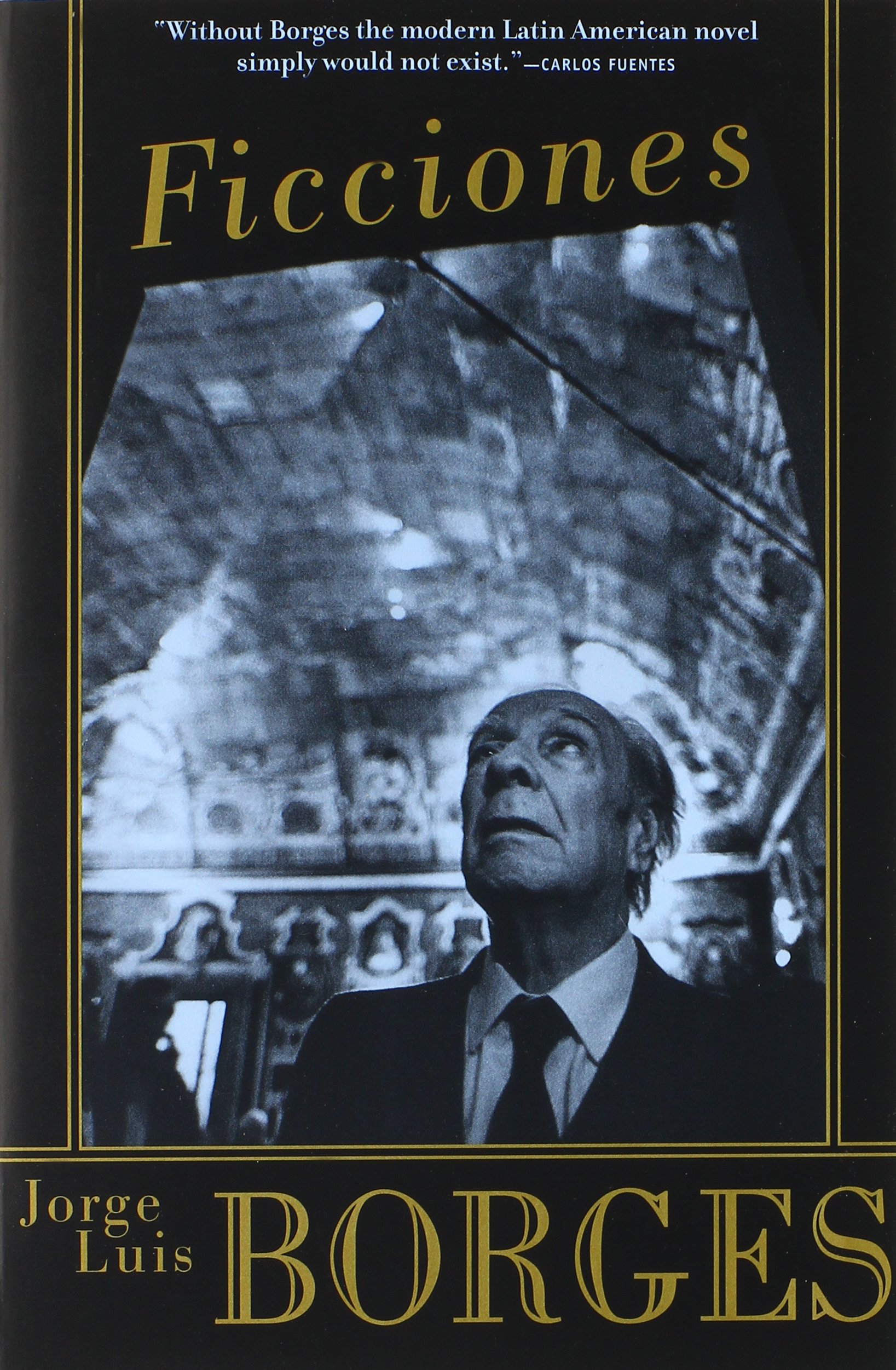 The collection is divided into two parts, the Garden of Forking Paths and Artifices. Borges challenges the way we think from the very first story about the strange and undocumented country of Uqbar. Here there are no nouns and spatial reasoning, where all is psychology and the universe is a series of mental processes. He shares the parable of the nine copper coins and the author is a heresiarch for challenging the mores of the times. “most people do not understand it.” The antithesis of our age, the age of reason and science, this story suggests we see the world through our own limited constructs, that science or seeing or the mere classification of things do not bring us any closer to understanding and truth.

Babylon Lottery examines the role of chance and fate in life, from the actual lottery to every occurrence everywhere at any time. The game began with winners and losers, with the attendant hope and fear. The “company” runs the game, and the Babylonian is “not highly speculative. He reveres the judgments of fate, he hands his life over to them.”

The titular story of part one Garden of Forking Paths explores the labyrinth and not a physical one as many people believed, but a story with various possible narratives based on life choices. Borges explores a physical labyrinth in the Library of Babel, an infinite collection of hexagonal galleries, a physical place with answers to everything imaginable.

In part two Artifices, the reader meets Funes with a near photographic memory and exceptional mind for details, but one not very capable of thought. In the Form of the Sword we learn about a man named Vincent Moon and how he received his scar, a story which ends with a surprise switch: the narrator is Vincent Moon.

Time stops for a year during the execution of the Jew Hladik so he can complete his play. Another story challenges the role of Judas in the bible, suggesting that Jesus is Judas. In his stories, Borges turns the framework of our thinking, taking the reader to places he has never seen and providing new and imagined perspectives. His language, references, and breadth of knowledge are significant and I find myself looking up unknown words and references, often left wondering what is real or imagined. Borges does this by design in the Circular Ruin when the protagonist discovers he is himself a dream. This particular story is connected to the Work of Herbert Quain in which Borges explains that he extracted this from Quain’s collection, Statements.

The labyrinth, the ruins, the mind, the idea that Jesus is Judas, the ideas in Ficciones are Borges’ challenges to traditional views and provincial minds. Perhaps what we see with our eyes is no more real than what we imagine. Borges might contend that what we imagine may be the highest form of understanding, knowing we are but actors, knowing and realizing it’s all a dream.