Jean Rhys’s Wide Sargasso Sea & the Madwoman in the Attic 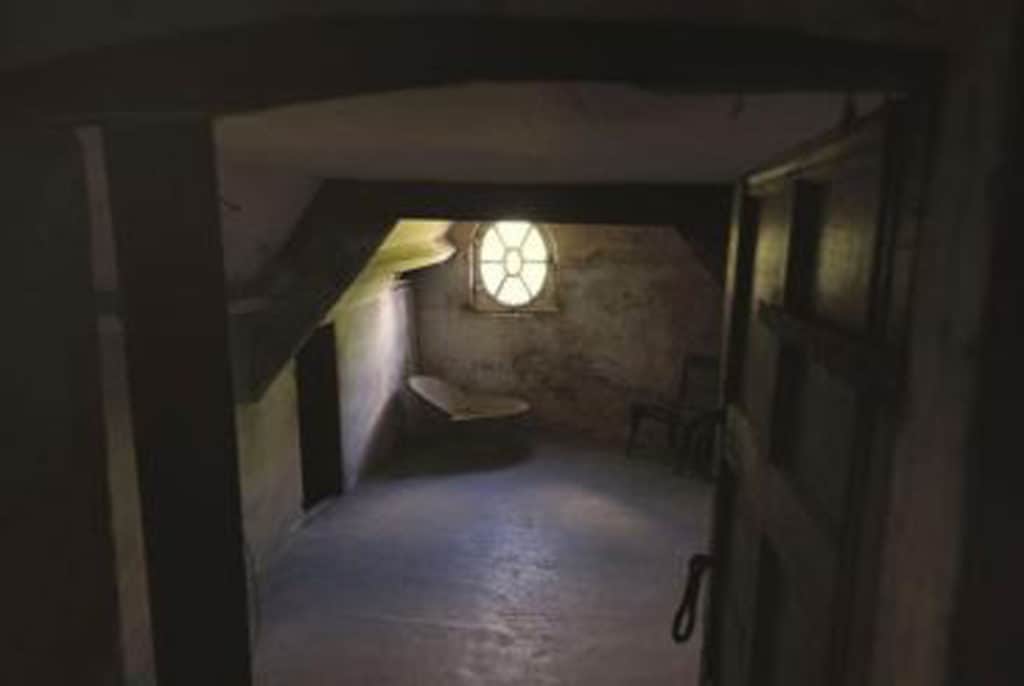 The real-life attic which was inspiration for Charlotte Bronte and her novel, Jane Eyre.  Link to article.

Jane, Rochester, Fairfax. The mention of characters in literature conjures emotions and memories, as much as the scent of balsam fir and the crackle of a fire reminds us of Christmas. Simple plainspoken Jane Eyre and the brooding Mr. Rochester may take us back to high school English and our teens, contemplating his dark and complex past against an equally mysterious future, our own.  But there’s a more singular mystery in this classic tale.

What about Mrs. Rochester, the madwoman in the attic, who was she really?

Jean Rhys wrote the prequel to Jane Eyre, the story of Antoinette Bertha (Cosway) Mason, her life in Jamaica, and her marriage to Rochester. With an English father and Creole mother, the author Rhys lived in Dominica until she was 16 when she returned to England.  Her accent and cultural background proved to be challenges in society but they also gave her a distinct voice which lent credibility to the novel.

Recognized as a masterpiece of modern fiction, Wide Sargasso Sea catapulted Rhys’s obscure writing career onto the literary scene, with awards and rankings placing the novel in the top 100 of all time.  You might think you’d be lost if you haven’t read Jane Eyre, but that’s not true. A friend had not read Jane Eyre and found the book so fascinating, she couldn’t put it down. 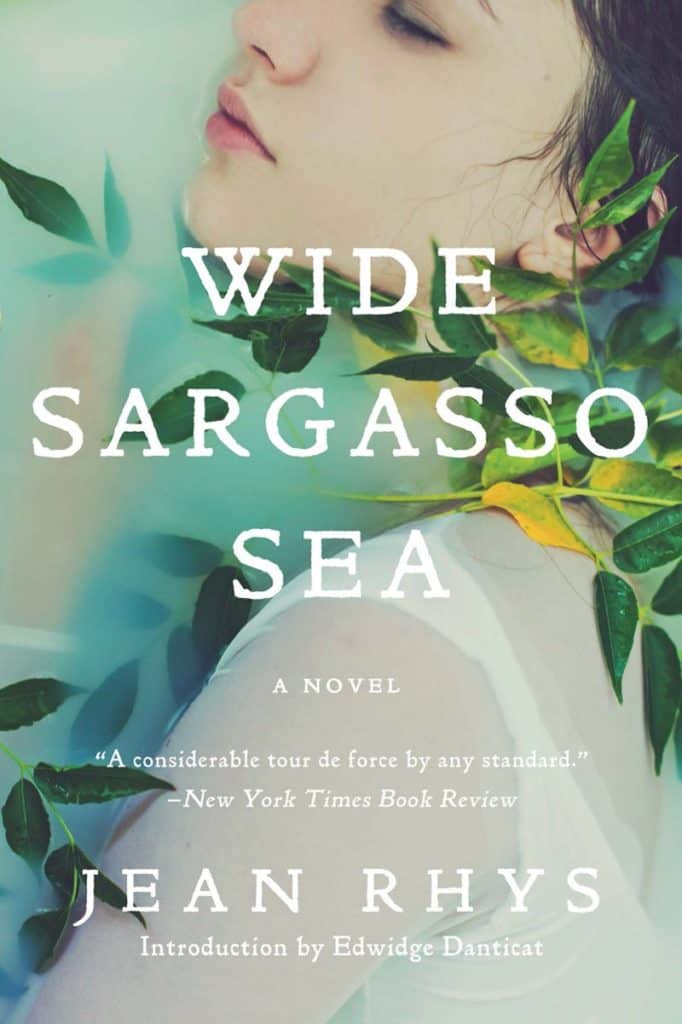 The novel is written in three parts: Antoinette’s childhood in first person, the courtship and marriage with Rochester as narrator, and their return to England.  Rochester’s name is not mentioned, though Rhys does use the name and character Grace Poole in Part Three, Antoinette’s guard and keeper in the classic. Grace Poole is the connection between both books, and she is a gate keeper of sorts to the English life downstairs and the Jamaican wife, walled in with her memories. Maybe the author’s decision to keep Rochester nameless has to do with the abuses of everyman or any man, the power and control he may have over another, especially a woman.

This novel is popular on reading lists for Third World Women Studies. It also explores post colonial life in the Caribbean after the Slavery Abolition Act of 1833, so there are racial themes as well as feminist ones. Rochester is flawed and complicated but his position is not an easy one as the second son sent to the Caribbean to bring home his fortune through his marriage to Antoinette, a local heiress and a woman of dubious heritage.

I woke up one morning thinking about the book, my reading group’s discussion, the passages and imagery whirling about in my head. Here’s what gnawed at me in my sleep.

1) Did Rhys achieve what she set out to do in this book? She wanted to show readers that Creole women are not all crazy, or mad, Bronte’s word of choice.  She believed there was a lot more to the ‘mad’ woman in Mr. Rochester’s attic.

“The honeymoon was over, I learned my mistake; she [Antoinette] was only mad, and shut up in a lunatic asylum.” (Jane Eyre, Ch. 27)

2) What is madness? when is someone officially mad, if there is such a thing? We understand more about mental health now, but the lines remain blurred. How much is genetic and how much is due to circumstance or environment? Women have been and are locked up, labeled ‘mad’, easy scapegoats throughout history and the world today. Her childhood destitution and isolation reveal much about Antoinette and would make most families dysfunctional, even desperate.

3) The unreliable narrators and the shifting truths of their points of view are on display throughout the novel. Just when the reader thinks she knows a thing, it changes. Do you like Rochester, hate him, sympathize with, or loathe him? Antoinette?

4) What is literature, the good stuff, supposed to do for us?

I’m not sure I would have finished had I not loved Jane Eyre. Rhys’s prose was more appealing in Part One, especially when Antoinette spent time at the convent after the locals burned down the family’s estate. This stage may have been the only stable and relatively happy time in her life, its structure and routine a contrast to the emotional turmoil which characterized her world until that point and later in England.

This convent was my refuge, a place of sunshine and of death where very early in the morning the clap of a wooden signal woke the nine of us who slept in the long dormitory We woke to see Sister Marie Augustine sitting, serene and neat, bolt upright in a dozen chair. The long brown room was full of gold sunlight and shadows of trees moving quietly. I learnt to say very quickly as the others did, ‘offer up all the prayers, works and sufferings of this day.’ But what about happiness, I thought at first, is there no happiness? There must be. Oh happiness of course, happiness, well.

But I soon forgot about happiness, running down the stairs to the big stone bath where we splashed about wearing long grey cotton chemises which reached to our ankles. (Wide Sargasso Sea, Part One)

The Prequel and the Reader

The Prequel is not new.  Rhys’s novel is one of the notable, but others found similar success. Here are literary prequels and the original works. Most were written after the primary work and often by another author, like Rhys.  Harper Lee is an exception since her manuscript of Watchman wasn’t released until the end of her life.

Today the movie and publishing industry have revamped and re-marketed the idea of prequels, sequels, trilogies, extended series for popular books and films such as Harry Potter, Star Wars, Star Trek, Marvel and DC Comics.  Many readers will write about favorite books, characters and settings and this is called fan fiction, not usually published but shared online.

So why read Wide Sargasso Sea? or Wicked or other prequels?  Because as readers, WE  fall in love with the characters, the story, or in Tolkien’s books, the setting, and we want to visit them again, read about new adventures.

Maybe Antoinette Mason wasn’t really all that crazy and maybe Edward Rochester was a bit of a yellow-bellied cad, but for the prequel to work it must be consistent with the main story.  The prequel shows the reader another point of view, a different set of experiences, a back story, another setting.  When it works, it expands our understanding and world view.

When you finish the last page of a great book, close the cover, and shut your eyes, sometimes you just don’t want it to end. I explain this experience to my teen-aged children as, Post Potter Malaise, when you must go back to the muggle world, a world without magic.  A good prequel allows the reader to visit the characters and return to the story, and once again enjoy the magic.