David Foster Wallace is my latest literary obsession: a state of consumption and immersion in his essays, conversations, speeches, and thoughts. DFW was an influential writer and professor, who had an assignment to review Bryan Garner’s A Dictionary of Modern American Usage. The essay ran in Harper’s Magazine and created a buzz.

In a conversation, Garner asks Wallace about writers he admires.

So probably the smart thing to say is, if you spend enough time reading or writing, you find a voice, but you also find certain tastes. You find certain writers who when they  write, it makes your own brain voice like a tuning fork, and you just resonate with them. And when that happens reading those writers  ….  become a source of unbelievable joy. It’s like eating candy for the soul.

And I sometimes have a hard time understanding how people who don’t have that in their lives make it through the day. But it’s also true that my father can listen to classical music and be nourished in ways that I’ll never understand. Or my wife can go to some local gallery and look at art and come home looking . . . she’s a different person. She’s been changed somehow. (Quack This Way, p. 61; an interview between Wallace & Garner, 2013)

Wallace has turned out to be that kind of writer, the writer who resonates, who delights, who, for this reader, sustains.

TheTreeHouse is a home for stories and fables and parables. So here is a ‘fun’ Kafka piece which Wallace discussed in a speech. 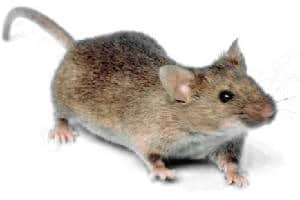 A Little Fable by Franz Kafka

“Alas,” said the mouse, “the whole world is growing smaller every day. At the beginning it was so big that I was afraid, I kept running and running, and I was glad when I saw walls far away to the right and left, but these long walls have narrowed so quickly that I am in the last chamber already, and there in the corner stands the trap that I must run into.”

“You only need to change your direction,” said the cat, and ate it up.

Now that you’ve read the fable and seen the video, here is DFW’s speech. The five pages are a worthy investment of your time, providing an understanding of humor in America today, and a bonus Kafkaesque closing.

If you wish to listen to the speech, here it is.

** Text in the original German