“The Night House” – Billy Collins – the Body, the Heart, the Mind, the Soul

My brother called today, and we got to talking about stuff like our kids, aging parents, deceased parents, life. You know, all of it. He read somewhere about a person living so long that everyone she knew was gone. Our mother turned 75 last month and she was visiting a 94 year old friend today, a kind of mother figure for her.  That’s comforting to think about, that at 75 you have elders to look up to.

After we got off the phone, I sat down and read a poem which I sent along to him. I thought I’d share it with you.

Every day the body works in the fields of the world
Mending a stone wall
Or swinging a sickle through the tall grass-
The grass of civics, the grass of money-
And every night the body curls around itself
And listens for the soft bells of sleep.

But the heart is restless and rises
From the body in the middle of the night,
Leaves the trapezoidal bedroom
With its thick, pictureless walls
To sit by herself at the kitchen table
And heat some milk in a pan.

And the mind gets up too, puts on a robe
And goes downstairs, lights a cigarette,
And opens a book on engineering.
Even the conscience awakens
And roams from room to room in the dark,
Darting away from every mirror like a strange fish.

And the soul is up on the roof
In her nightdress, straddling the ridge,
Singing a song about the wildness of the sea
Until the first rip of pink appears in the sky.
Then, they all will return to the sleeping body
The way a flock of birds settles back into a tree,

Resuming their daily colloquy,
Talking to each other or themselves
Even through the heat of the long afternoons.
Which is why the body-the house of voices-
Sometimes puts down its metal tongs, its needle, or its pen
To stare into the distance,

To listen to all its names being called
Before bending again to its labor.

Set up on the lawn late into the night, my family watched the supermoon which was also the harvest moon and the blood moon and a lunar eclipse. It was the kind of experience you imagine Collins’s soul might have before meeting up with other souls who’ve come and seen such a spectacle before, except my teen brought chips, my tween brought blankets, and my son adjusted the telescope, getting just the right pictures.

We decided we would get together for the next one, no matter where we were or what we were doing. The next supermoon lunar eclipse will occur in 2033 and I hope to see it. 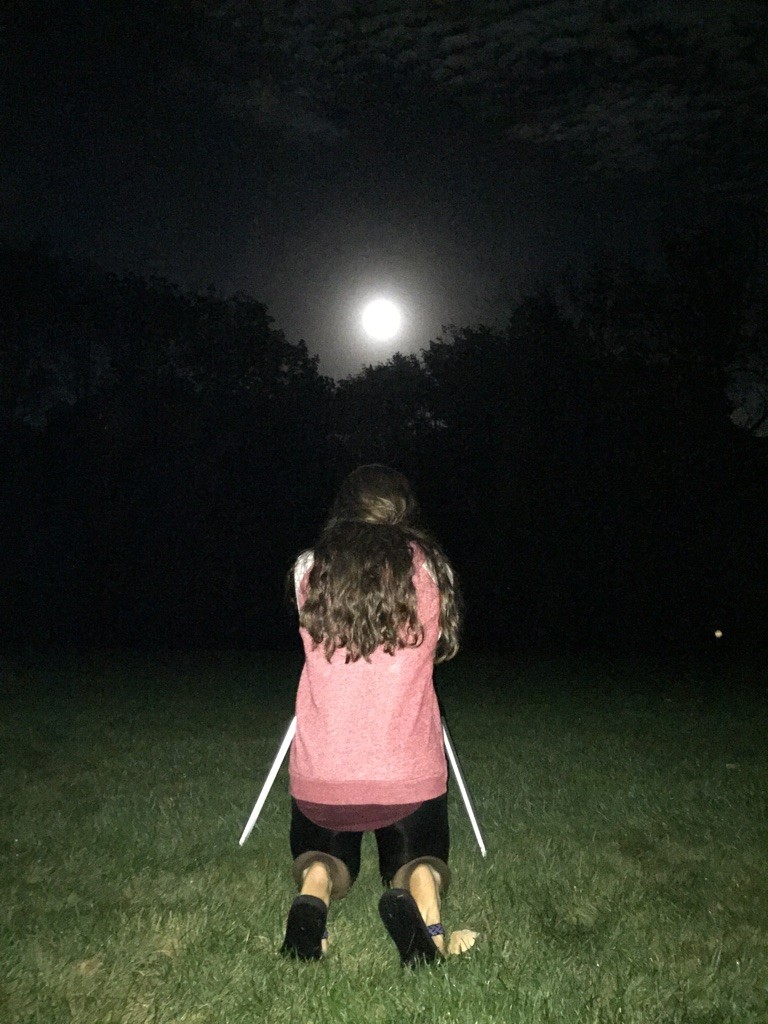 Supermoon from our house at night 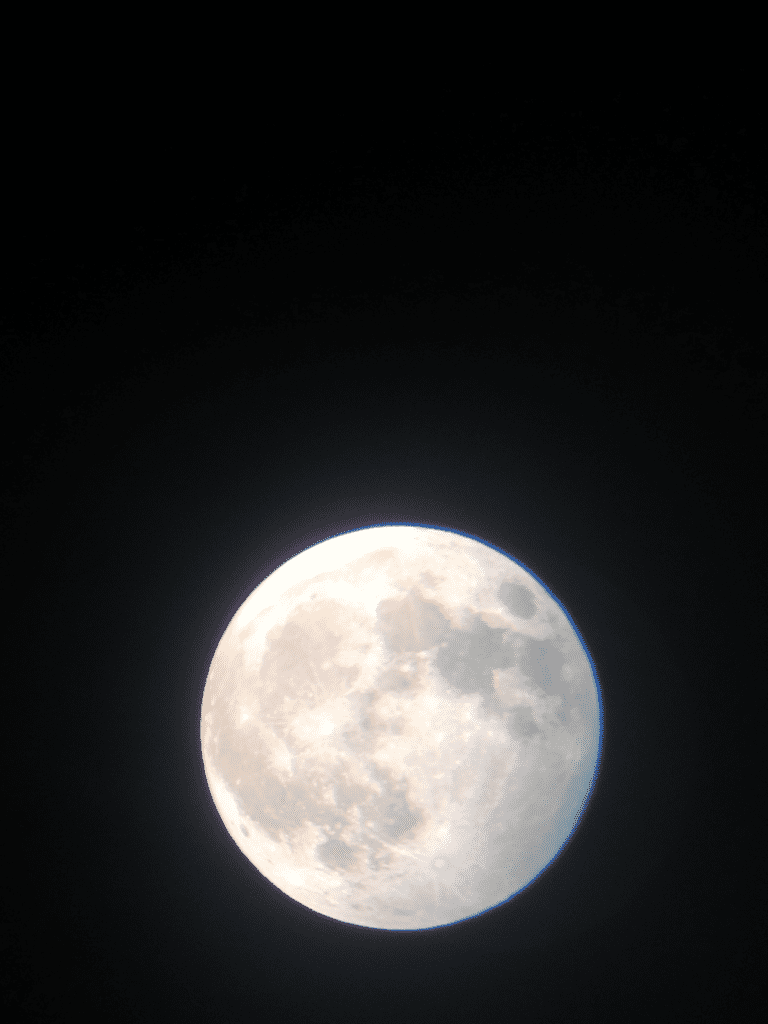