“I was artfully created by God!!!” screamed a young man, the words loud on the morning lake and louder still than the bell rung before to begin the daily ritual.

We had paddled across to see the camp and explore the far shore, the water still and dark from its evening slumber.  A group of teens gathered at the rocky outcrop by a man-sized wooden cross as we glided to a stop, welcomed by the sound of cabin doors slamming and human voices.

The next person stepped forward and bellowed, “I was artfully created by God!!” 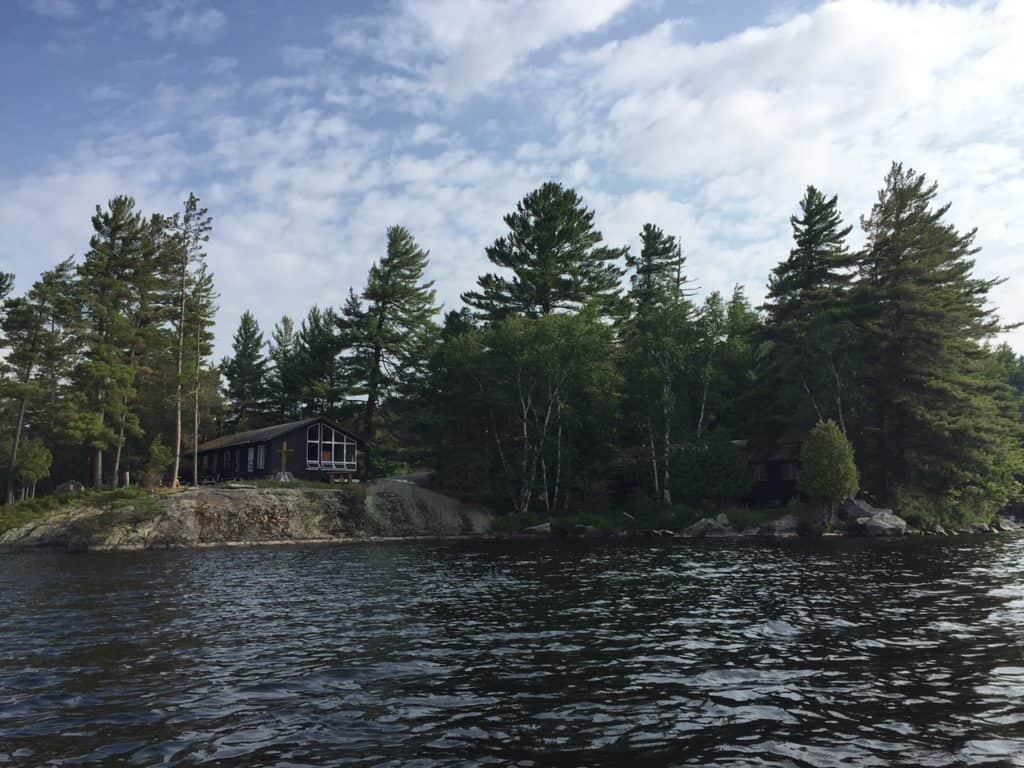 As we pushed off, a loon appeared to drop out of the sky, its crash landing as unusual as its call. A loon can only land on water because of its body structure and rearward feet, so it uses its belly to bring it to a stop. It can’t land or even walk on the ground, but its design makes it an exceptional diver.

The loon stretched its wings and its white belly rose high out of the lake, the dark head and beak atop the breast like a black cap, its marvelous five feet of wings flapping. It was close, so close we could see the red of its eye.  It was warning us off, disturbed by our proximity to its nest.  Or, maybe it was just preening.

As abruptly as it arrived, it disappeared and resurfaced some distance on the other side of our canoe. 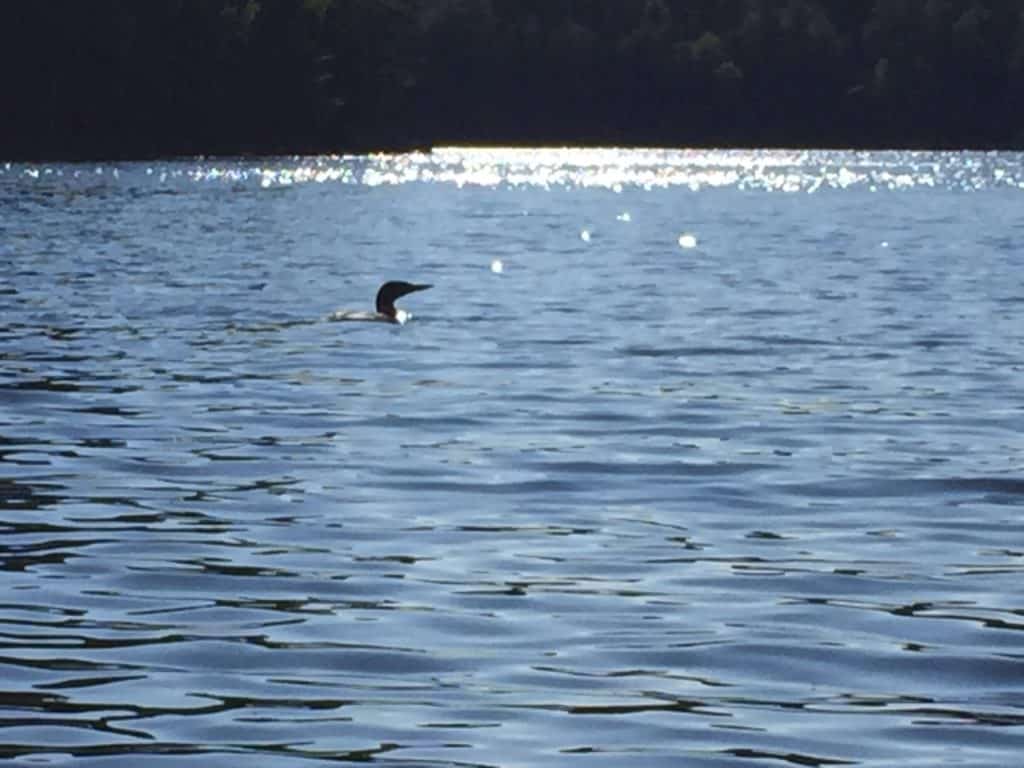 Loon sighting in the Adirondacks

Without opening its beak, it made a long two note wail, a haunting cry like a muted wolf’s howl, an unearthly sound, a piercing of the soul and an answer to the mysteries of the universe. Entranced, I was transported for a moment, to a distant shore, to another time, to a place not of this place, and I forgot all about the loon and the canoe and the camp.

My dog lifted its head, waking me to the world. I blinked and followed its gaze to the source of this ethereal call. My son and I slipped our paddles into the lake to get closer. 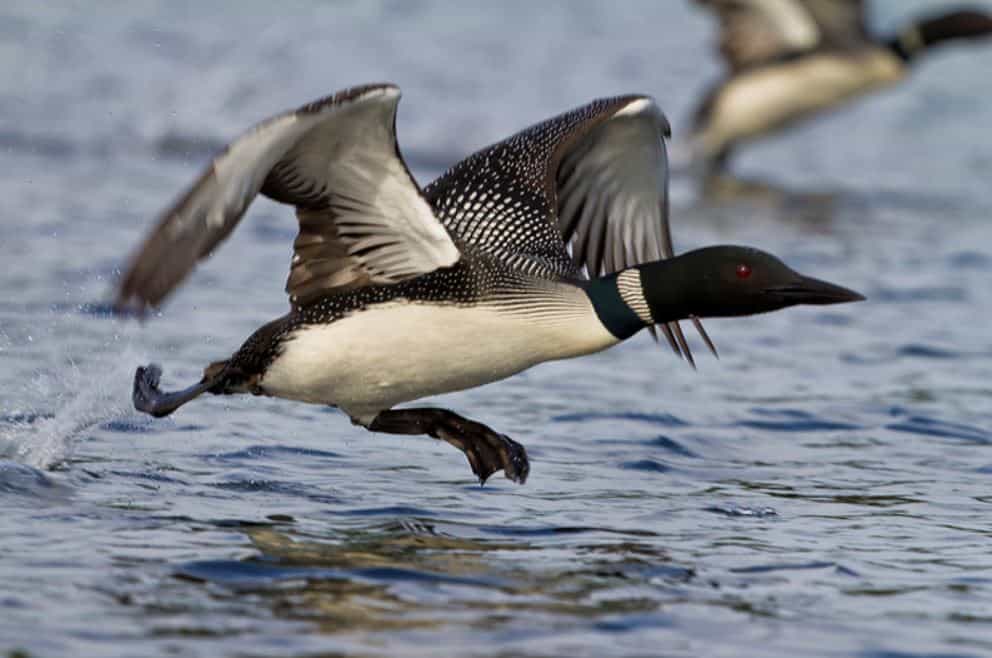 The 9 pound loon needs up to a quarter mile of “runway” in order to take off.

As we approached, the loon rose up again and extended its wings. Its feet followed its body above the surface, flapping along, spewing arcs of water in its wake like the many humps of a Chinese dragon following the massive wings, slapping the lake as it walked along on the surface, then ran, first ten yards,  fifty, two hundred yards. ..  till I couldn’t see it anymore, only its movement towards the far shore.

I breathed. I’d been holding my breath.

It was gone and the campers’ mantra replayed and replayed in my head. “Artfully created by God.”

The loon is a ridiculous and marvelous creature and for this paddler, a cause for faith if ever there was one.