Stories, books, poems, and music are a favorite part of Christmas.  Over the Thanksgiving holiday, we take out the songbooks with popular tunes and solemn carols.  I like playing the songs and reading stories with my children; last night I stumbled on a poem by a favorite poet, Billy Collins.  He’s unusual because he is everyman’s poet and he’s a poet’s poet. (Collins’s Poetry is Balm for the Soul)  Caroline Kennedy included this work in her anthology, A Family Christmas, which I recommend highly. 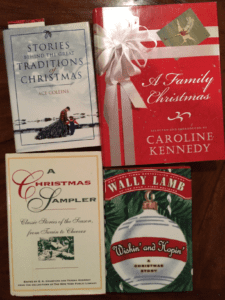 When I finished reading Collins’s poem, my daughter looked over her comforter with round eyes, asking if the sparrow made it.  I told her he’s tucked into his holly bush just like she was tucked into her bed.  I wasn’t there, but I said I could feel the thrumming of its wings in my own palms.  Good poetry does that. 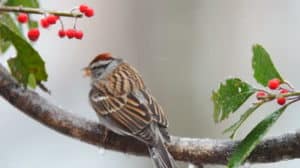 The first thing I heard this morning
was a rapid flapping sound, soft, insistent –

wings against glass as it turned out
downstairs when I saw the small bird
rioting in the frame of a high window,
trying to hurl itself through
the enigma of glass into the spacious light.

Then a noise in the throat of the cat
who was hunkered on the rug
told me how the bird had gotten inside,
carried in the cold night
through the flap of a basement door,
and later released from the soft grip of teeth.

On a chair, I trapped its pulsations
in a shirt and got it to the door,
so weightless it seemed
to have vanished into the nest of cloth.

But outside, when I uncupped my hands,
it burst into its element,
dipping over the dormant garden
in a spasm of wingbeats
then disappeared over a row of tall hemlocks.

For the rest of the day,
I could feel its wild thrumming
against my palms as I wondered about
the hours it must have spent
pent in the shadows of that room,
hidden in the spiky branches
of our decorated tree, breathing there
among the metallic angels, ceramic apples, stars of yarn,
its eyes open, like mine as I lie in bed tonight
picturing this rare, lucky sparrow
tucked into a holly bush now,
a light snow tumbling through the windless dark. 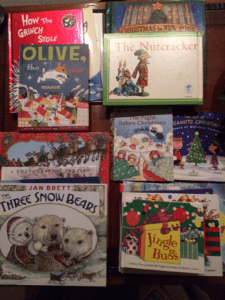